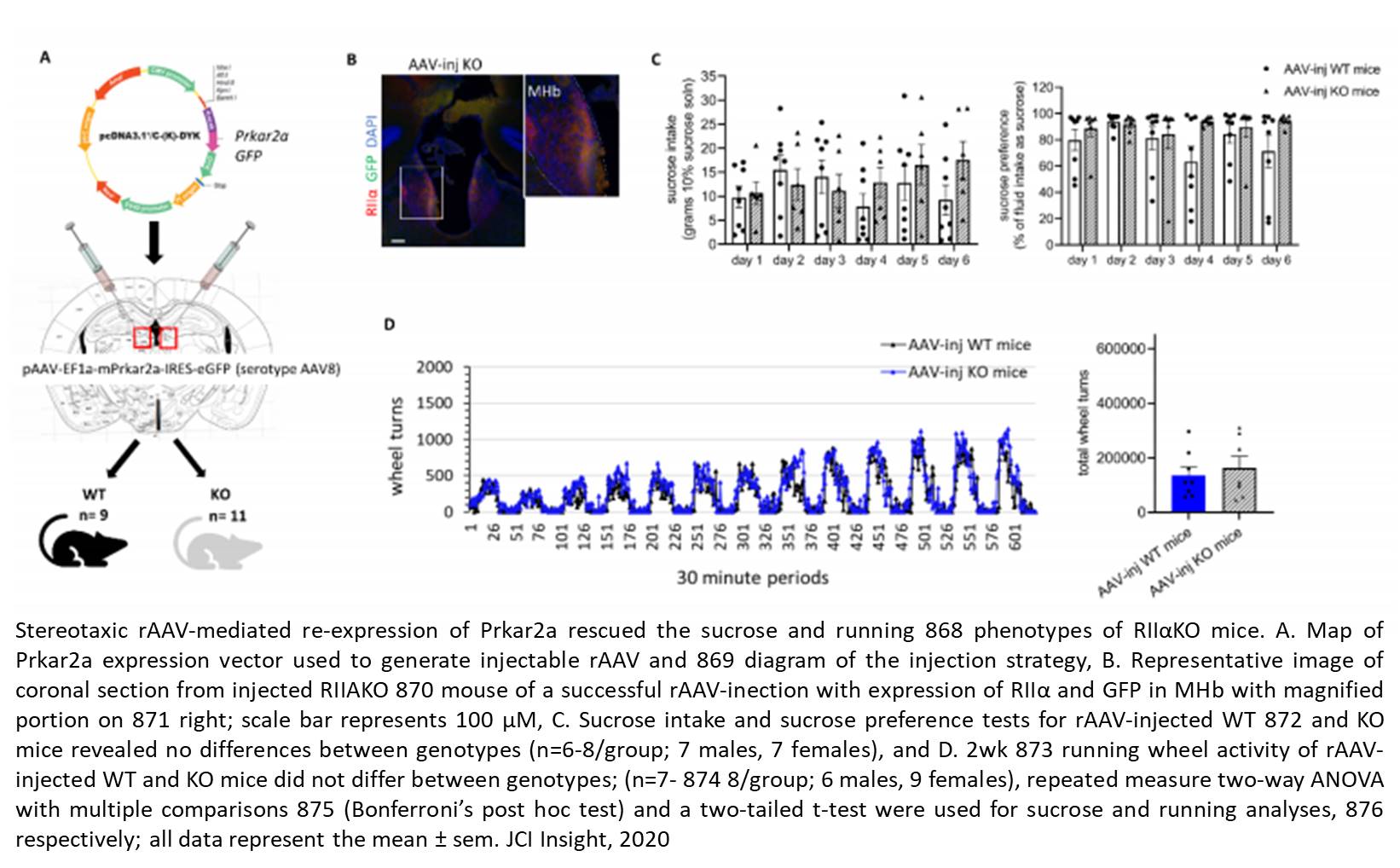 The researchers have discovered a gene in mice that controls the craving for fatty and sugary foods and the desire to exercise. The gene, Prkar2a, is highly expressed in the habenula, a tiny brain region involved in responses to pain, stress, anxiety, sleep and reward. The findings could inform future research to prevent obesity and its accompanying risks for cardiovascular disease and diabetes. The study appears in JCI Insight.

Protein kinase A is the central enzyme that speeds reactions inside cells in many species. In a previous study, the team found that despite being fed a high fat diet, mice lacking functioning copies of Prkar2a were less likely to become obese than wild type mice with normally functioning Prkar2a.

The researchers determined that Prkar2a-negative mice ate less high-fat food than their counterparts, not only when given unlimited access to the food, but also after a fast.