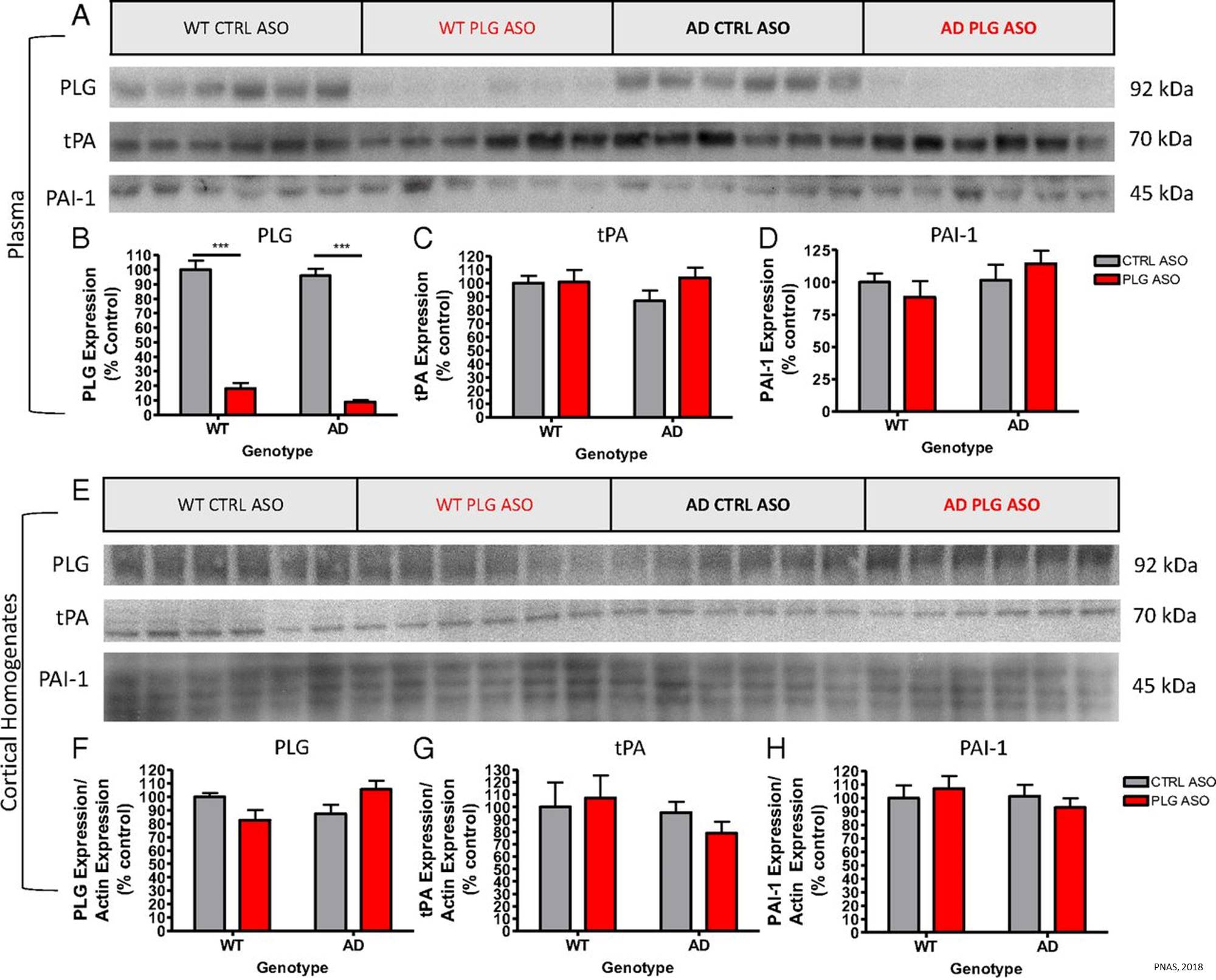 Immune activation is increasingly being recognized as a major contributor to the pathogenesis of the disease, and disorders involving systemic inflammation, such as infection, aging, obesity, atherosclerosis, diabetes, and depression are risk factors for the development of AD.

The hallmarks of Alzheimer’s disease (AD) include the presence of beta-amyloid (Aβ) plaques, neurofibrillary tangles, and inflammation. Although the origin and progression of these disease indicators remain poorly understood, a growing body of work implicates systemic immune system activation and neuroinflammatory responses.

Further, the authors demonstrate that neuroinflammatory activation and Aβ deposition ramp up when plasmin is increased via ASO inhibition of α-2-antiplasmin, the main inhibitor of plasmin. The complex mechanistic interactions between Aβ accumulation, the innate immune system response, and neuroinflammation establish a feedback loop in AD that progressively damages neurons and reduces brain function.

The findings suggest that plasmin plays a central role in the immune system’s response to Aβ formation and may help explain why systemic inflammation is associated with increased risk of AD, according to the authors.