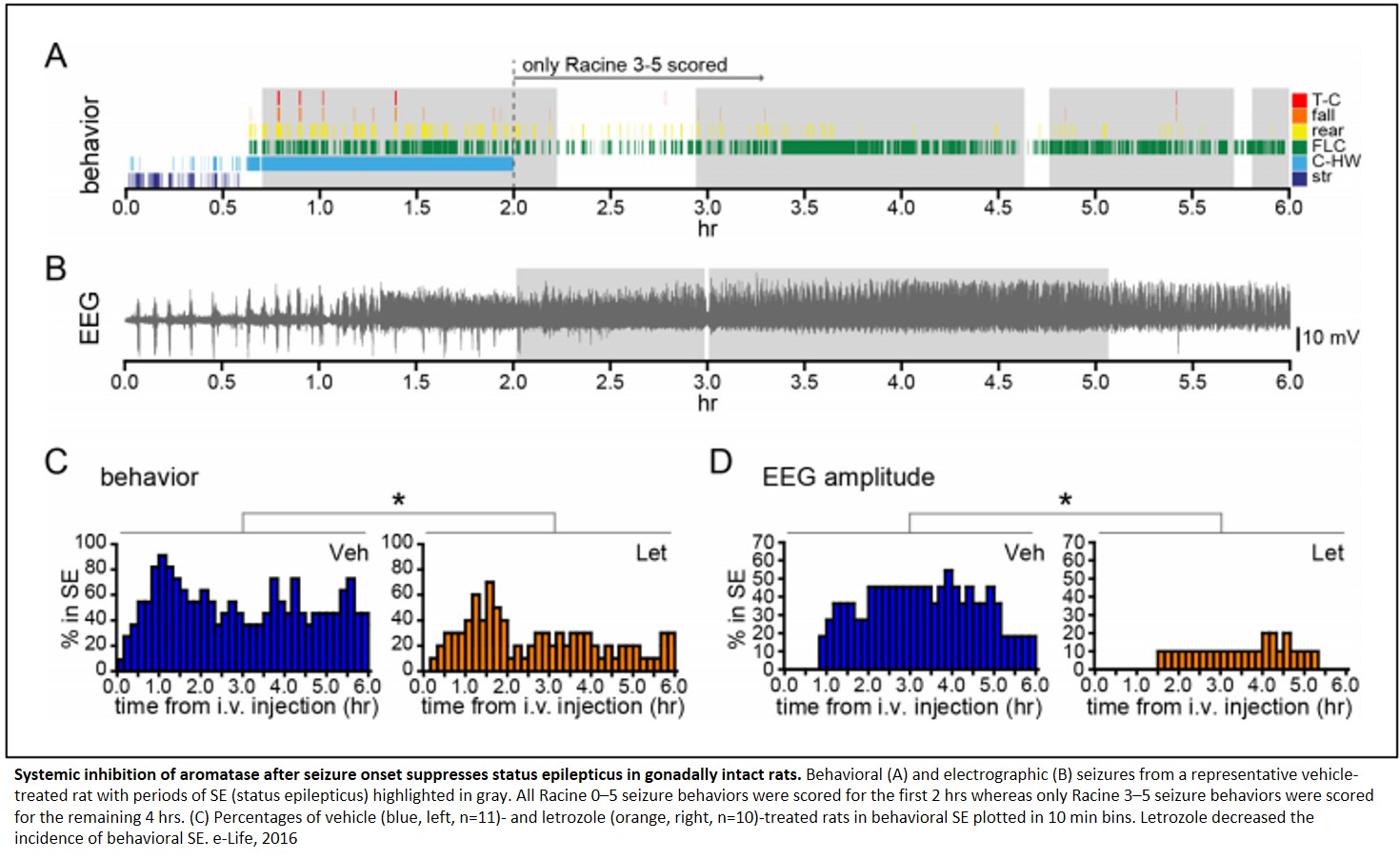 Current seizure treatments are not targeted; they work by dampening neural activity generally and come with many side effects, such as drowsiness, dizziness or difficulty concentrating.

A class of drug that inhibits estrogen production and is used to treat breast cancer has been found to quickly and effectively suppress dangerous brain seizures, according to a new Northwestern University study.

Seizures stimulate the production of estrogens in the brain of both males and females and that this plays a previously unknown role in the escalation of seizure activity. Estrogen synthesis during a seizure fuels the seizure, making it worse.

"Status epilepticus is a neurological emergency," author said. "This occurs when large groups of connected neurons fire excessively and in synchrony for a prolonged time. Recognizing that estrogen synthesis during seizures fuels seizure activity gives researchers a specific target for therapeutically breaking the dangerous escalation cycle."

Researchers found inhibiting estrogen synthesis just after seizure onset strongly suppressed seizures in both sexes, without anti-seizure drugs or other interventions. The effect was seen both in the animal's behavior and in hippocampal electroencephalogram (EEG) recordings.

The scientists injected male and female animals with either an inert substance or an aromatase inhibitor, either letrozole or fadrozole, just after the start of a chemically induced seizure. (An aromatase inhibitor inhibits estrogen synthesis; letrozole, or Femera®, is used clinically to treat breast cancer in postmenopausal women.) They studied the animals for up to six hours and found both fadrozole and letrozole strongly suppressed seizures in both sexes.

The hippocampus is a critically important part of the brain in the initiation and propagation of seizure activity. In another part of their study, researchers found the impact of seizures on estrogen production in the hippocampus was surprisingly large in both sexes, showing a two- to three-fold increase during seizures.

Author said it is important to distinguish between seizures and epilepsy, which are not synonymous. Epilepsy, which affects about 1 percent of the population, is a condition in which a person has spontaneous recurrent seizures, often lasting only a few minutes. Status epilepticus is a more severe seizure episode, affecting about 40 people per 100,000 per year.

The overall mortality rate of status epilepticus is estimated at 20 percent, and patients who recover have an increased likelihood of subsequent unprovoked seizures, the researchers say. New approaches to acute seizure control are needed.