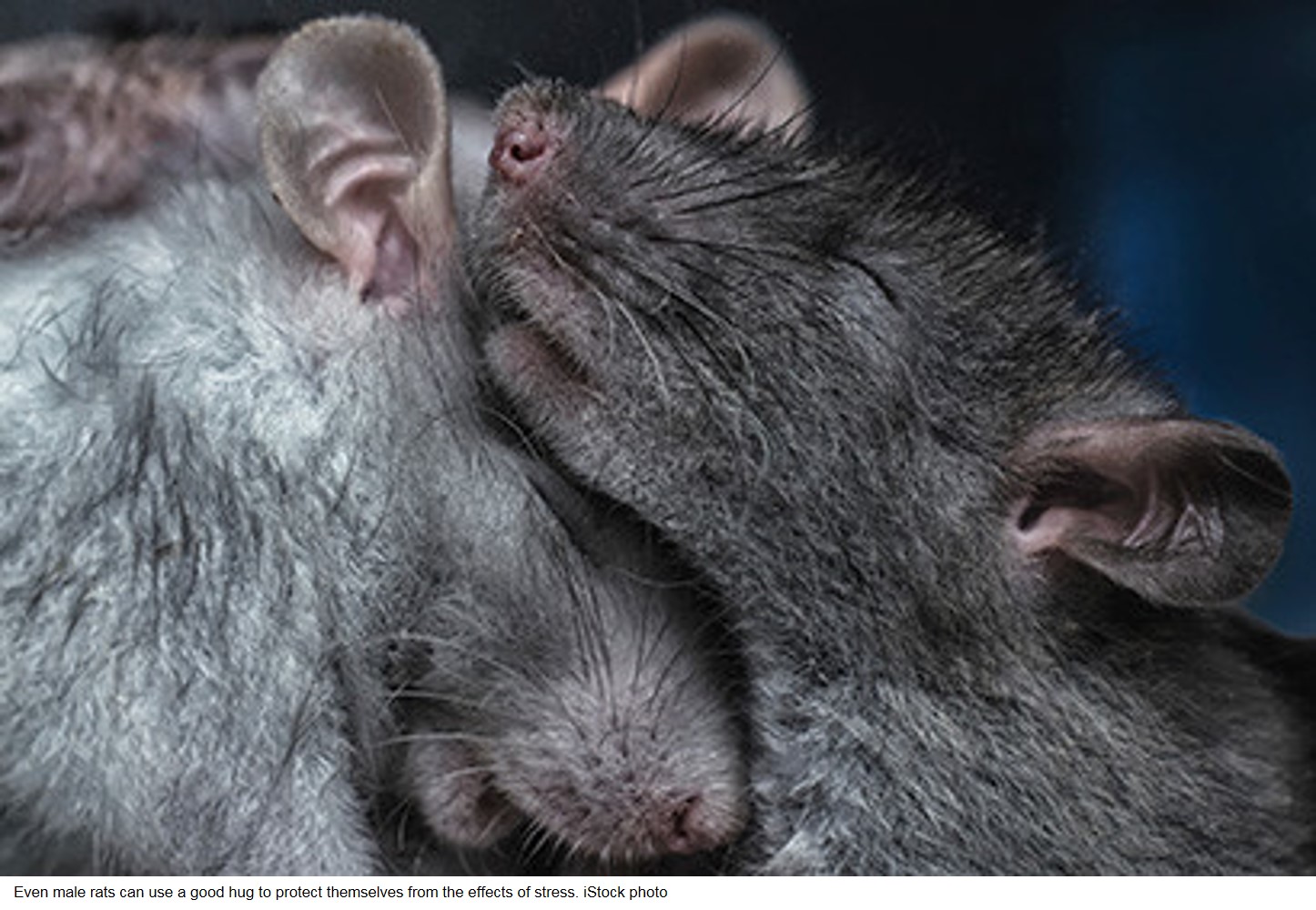 Male friendships, portrayed and often winked at in bromance movies, could have healthful effects similar to those seen in romantic relationships, especially when dealing with stress, according to a new study of male rats by researchers at the University of California, Berkeley.

Human studies show that social interactions increase the level of the hormone oxytocin in the brain, and that oxytocin helps people bond and socialize more, increasing their resilience in the face of stress and leading to longer, healthier lives. Studies of male-female rat pairs and other rodents, such as monogamous prairie voles, confirm these findings.

The new study extends these studies to male rats housed in the same cage, and demonstrates that mild stress can actually make male rats more social and cooperative than they are in an unstressed environment, much as humans come together after non-life-threatening events such as a national tragedy. After a mild stress, the rats showed increased brain levels of oxytocin and its receptor and huddled and touched more.

“Males are getting a bad rap when you look at animal models of social interactions, because they are assumed to be instinctively aggressive. But even rats can have a good cuddle – essentially a male-male bromance – to help recover from a bad day. Having friends is not un-masculine,” author said. “These rats are using their rat friendships to recover from what would otherwise be a negative experience. If rats can do it, men can do it too. And they definitely are, they just don’t get as much credit in the research for that.”

After severe, potentially life-threatening stress, the male rat cagemates became withdrawn and antisocial, often sitting alone in a corner, and more aggressive, not unlike people who suffer from PTSD or illnesses such as depression or severe anxiety. The researchers found that oxytocin receptor levels in the brain actually decreased after severe stress, which would make the brain less responsive to whatever hormone is there.

The work supports attempts to treat PTSD with oxytocin nasal sprays as a way to encourage social interactions that could lead to recovery. Oxytocin may also help those suffering from PTSD replace traumatic memories with less traumatic memories, so-called fear extinction.

The new study, available online, will be published in the journal Neuropsychopharmacology.