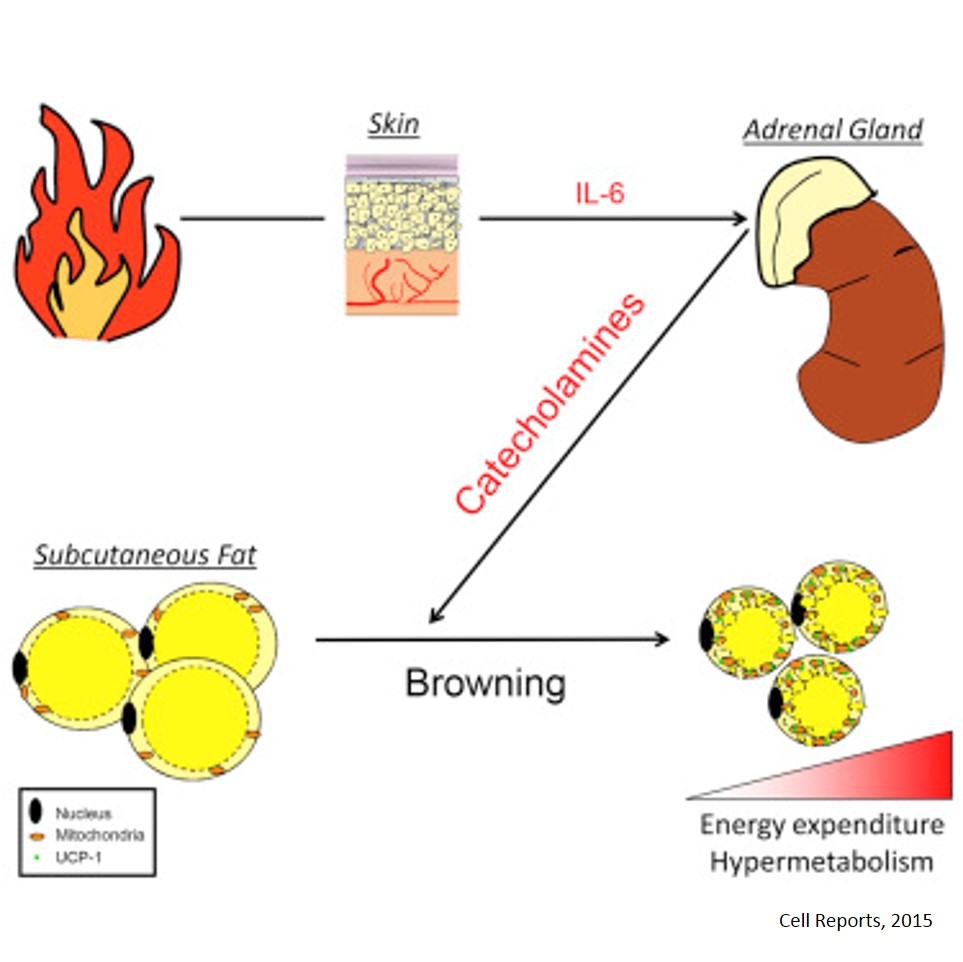 Burn is accompanied by long-lasting immuno-metabolic alterations referred to as hypermetabolism that are characterized by a considerable increase in resting energy expenditure and substantial whole-body catabolism.

In burned patients, the length and magnitude of the hypermetabolic state is the highest of all patients and associated with profoundly increased morbidity and mortality. Unfortunately, the mechanisms involved in hypermetabolism are essentially unknown.

Investigators hypothesized that the adipose tissue plays a central role for the induction and persistence of hypermetabolism post-burn injury. They show that burn induces a switch in the phenotype of the subcutaneous fat from white to beige, with associated characteristics such as increased mitochondrial mass and UCP1 expression.

These results further demonstrate the significant role of catecholamines and interleukin-6 in this process.

They conclude that subcutaneous fat remodeling and browning represent an underlying mechanism that explains the elevated energy expenditure in burn-induced hypermetabolism.