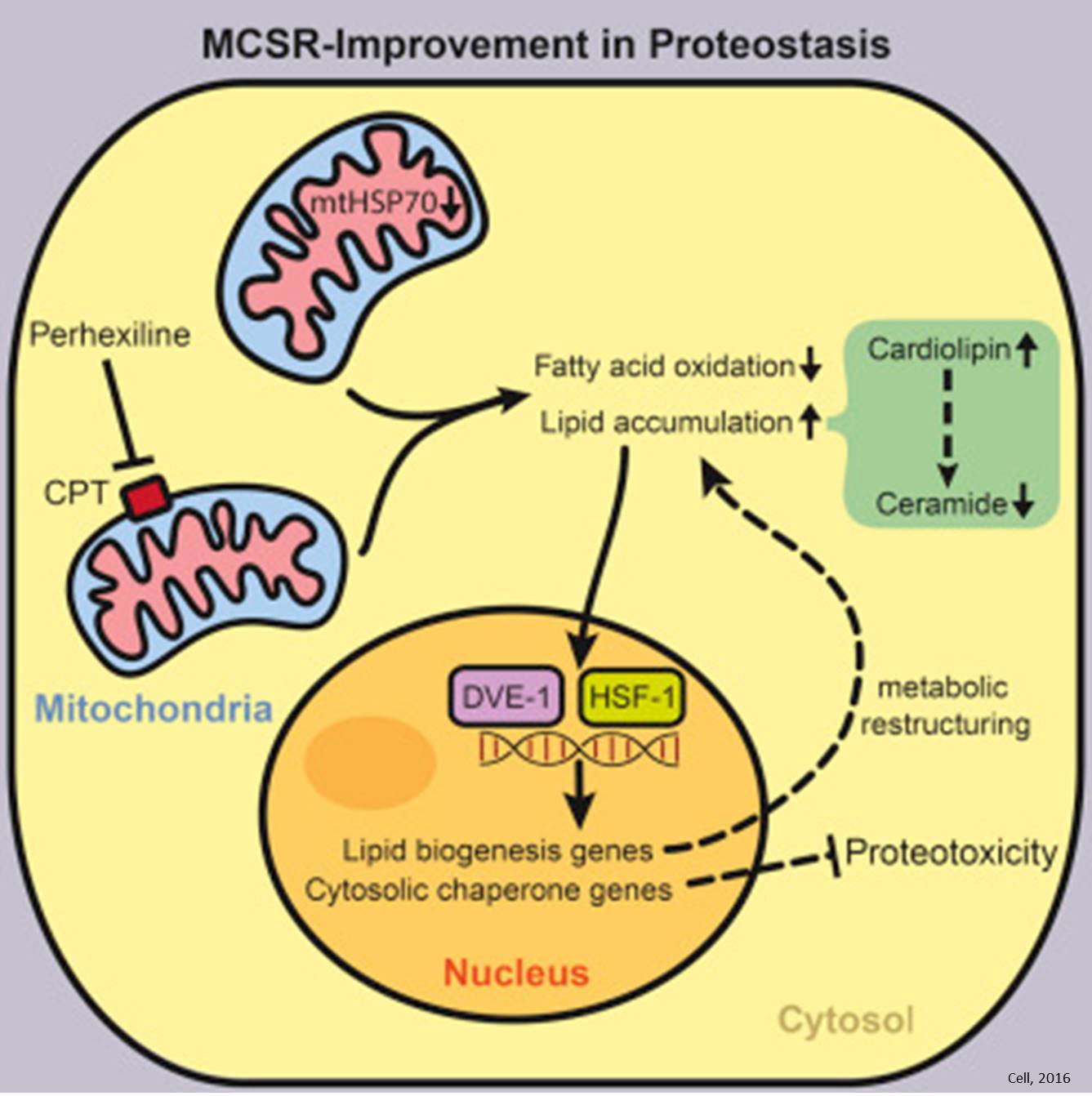 An intriguing finding in nematode worms suggests that having a little bit of extra fat may help reduce the risk of developing some neurodegenerative diseases, such as Huntington's, Parkinson's and Alzheimer's diseases.

What these illnesses have in common is that they're caused by abnormal proteins that accummulate in or between brain cells to form plaques, producing damage that causes mental decline and early death.

Researchers perturbed the powerhouses of the cell, the mitochondria, in a strain of the nematode C. elegans that mimics Huntington's disease, they saw their worms grow fat. They traced the effect to increased production of a specific type of lipid that, surprisingly, prevented the formation of aggregate proteins. The fat, they found, was required to turn on genes that protected the animals and cells from Huntington's disease, revealing a new pathway that could be harnessed to treat the disease.

They subsequently treated worms and human cells with Huntington's disease with drugs that prevented the cell from sweeping up and storing the lipid, called ceramide, and saw the same protective effect.

In an accompanying paper in the same issue of Cell, researchers also reports that stressing neurons in the brain makes them release a hormone, serotonin, that sends alert messages throughout the body that the brain cells are under attack, setting off a similar stress response in cells far from the brain. In diseases like Huntington's, mental decline is also associated with peripheral metabolic defects and muscle decline.

"The serotonin release dramatically changes the metabolic output of peripheral cells and the sources they use for fuel, so we think it is instituting a large-scale metabolic rewiring, maybe to protect the neurons in the brain," author said. "If you begin to shut down the periphery and stop using the limited resources it utilizes, then more of those resources can be shifted to brain metabolic activity. This might be a very clever way to try to save the brain by having the body waste away."

The researchers were surprised to find that knockdown of one specific mitochondrial chaperone, mtHSP70, elicited a unique stress response mediated by fat accumulation, resulting in improved protein folding in the interior or cytosol of the cell. Drugs that activate this novel stress response pathway, which they call the mitochondrial-to-cytosolic stress response, protected both nematodes and cultured human cells with Huntington´s disease from protein-folding damage.