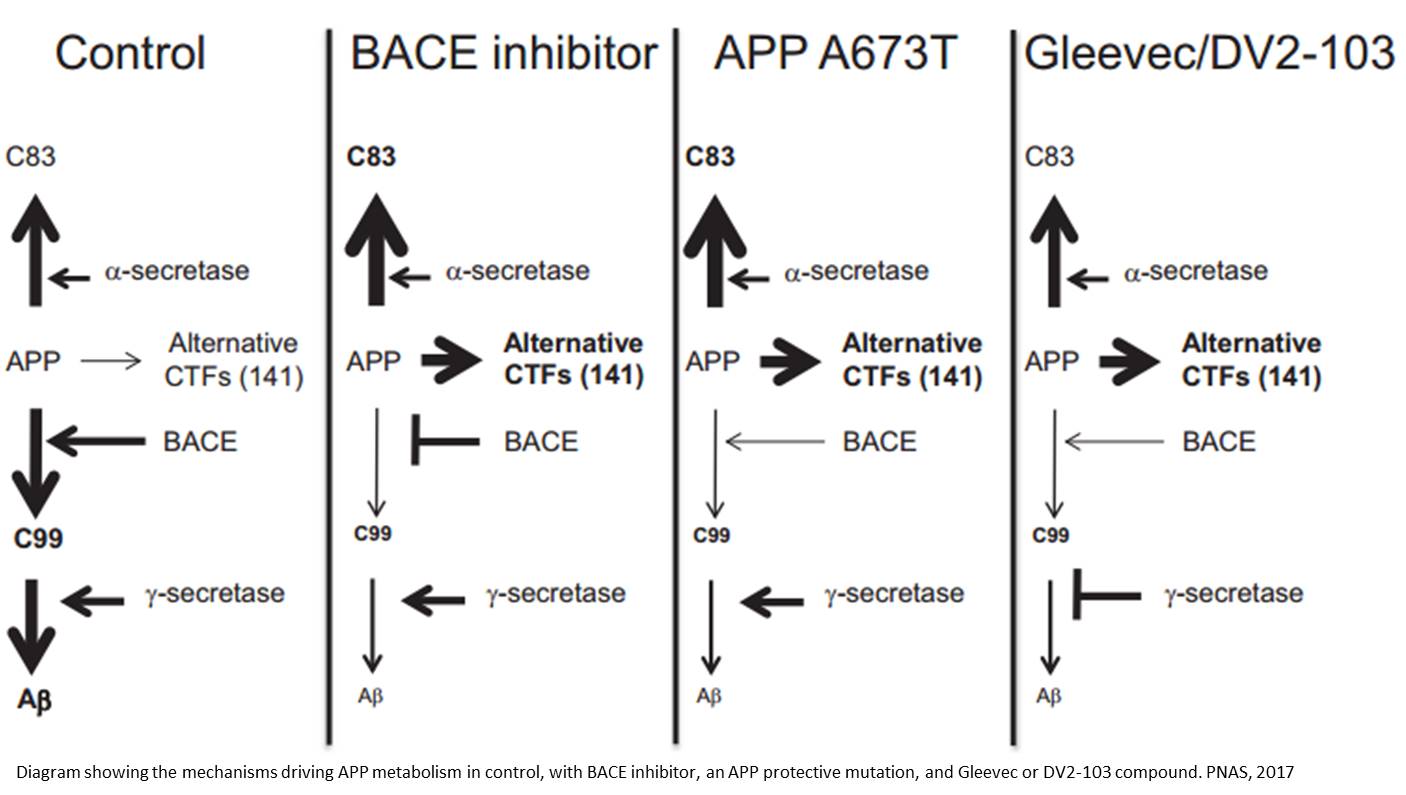 A mutation in the amyloid precursor protein (APP), which produces plaque-forming amyloid-β (Aβ) peptides in the brains of patients with Alzheimer’s disease (AD), protects some Icelanders from age-related cognitive decline.

Because the mutation hampers the ability of the β-site APP cleaving enzyme (BACE) to produce Aβ from APP, researchers tested whether other chemical inhibitors have similarly salutary effects on AD.

The cancer drug Gleevec, known to reduce Aβ by indirectly blocking a different enzyme in the amyloid pathway, reduced BACE processing of APP in cultured mouse cell lines without directly inhibiting the enzyme. Gleevec’s dampening action on BACE had no effect on the processing of unrelated BACE substrates, underscoring the drug's specific effects on APP metabolism.

More importantly, within 4 hours of intraperitoneal injection of 15 mg/kg DV2-103, a transgenic mouse model of AD displayed a decrease in brain Aβ levels to around 60% of that observed in mice that did not receive the compound.

According to the authors, drugs that selectively alter BACE processing of APP hold promise for preventing or delaying the onset of AD.