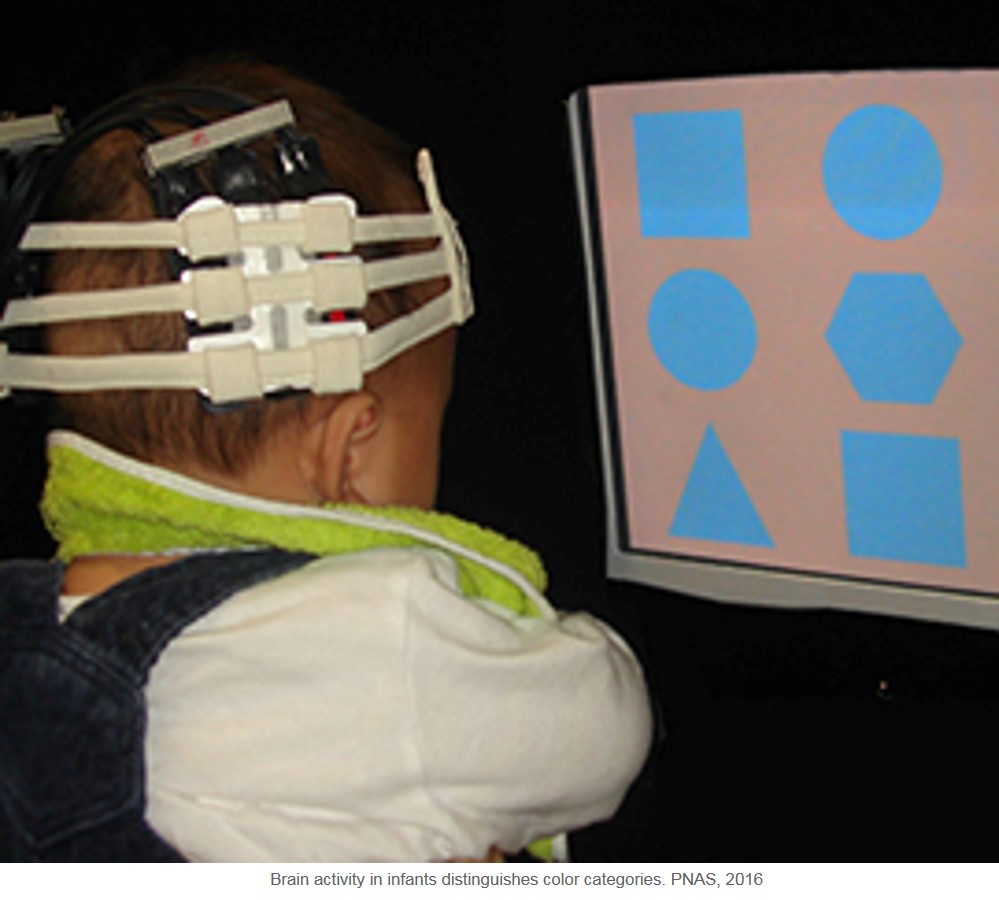 Humans can distinguish thousands of colors, but individuals across cultures use relatively few words to describe a continuous color space. Past studies have suggested not only that language could influence the perceptual grouping of colors into a few discrete categories, but also that categorical color perception may develop independently of language.

Researchers examined neuronal responses associated with color perception in 12 5- to 7-month-old prelinguistic infants and six adults. In each 10-second trial, the participants saw a three-by-three array of nine geometric shapes that alternated in color every second. In the between-category condition, the color of the shapes alternated between blue and green, whereas the within-category condition contained shapes that alternated between different shades of green.

Brain imaging through near-infrared spectroscopy revealed that visual regions in the brain’s occipitotemporal cortex in both infants and adults responded to the between-category condition, but not to the within-category condition.

The findings suggest that the visual system can support the perception of color categories prior to language acquisition. According to the authors, categorical color distinctions might arise before the development of linguistic abilities, but are later shaped by language learning.