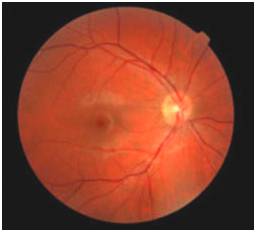 Researchers at a leading research institute in the US has uncovered  the causes of permanent vision loss  following head injury.  When an individual suffers head trauma, there’s possible damage to the optic nerve (ON)- that will affect passage of information between the eyes and the brain.

At times of injury to the ON, there occurs inflammatory reactions that results in tears and swelling in the affected area, that results in nerve death, which is called traumatic optic neuropathy (TON), that leads to irreversible nerve loss.

Inflammation is part of the body's defense system against injury and infection and is an important component of wound healing. WBCs travel to injured areas to help repair the damaged tissue, causing inflammation in the process. Excessive or uncontrolled inflammation can make injuries worse and contribute to disease in a couple of different ways - by activating cell death processes, clogging and rupturing blood vessels and producing toxic molecules like free radicals.

The scientific data suggests that one of the protein receptors on white blood cells called CXCR3 brings white blood cells to the optic nerve in response to production of its binding partner CXCL10 by damaged nerve tissue.  On deleting CXCR3,  or gave mice a drug that blocks  the receptors following ON damage, researchers observed fewer WBCs on the scene by real-time noninvasive imaging, nerve damage was decreased and nerve cell function was preserved, in contrast to mice that did not receive any intervention following injury.

Further studies on this receptor and its role in WBC recruitment following tissue injury may aid in the development of new interventions for diseases associated with nerve injury, such as TON, stroke, diabetic retinopathy and glaucoma. How teens learn differently than adults