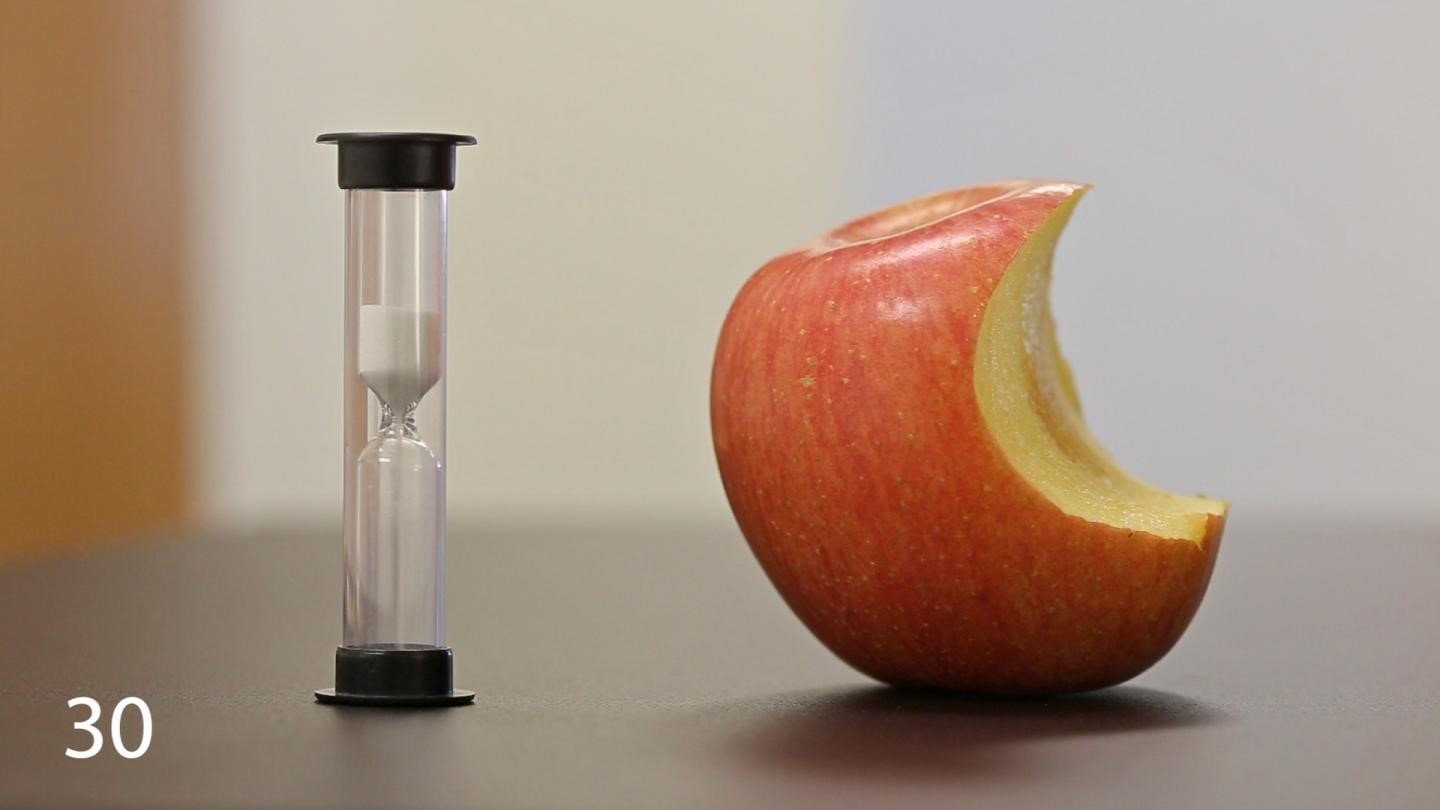 Waiting 30 seconds in between bites of food allows children to realize they're no longer hungry before they overeat--preventing excessive weight gain. That's the conclusion of a study published in the journal Pediatric Obesity by an international team of researchers.

The study's goal was to minimize the amount of food that children ate before their stomachs finally told their brains that they're no longer hungry--the so-called "satiety reflex." That signal usually takes about 15 minutes to kick in. But in modern society, whole meals can be consumed in much less time, the researchers said.

The study is the first clinically controlled trial to test how effective eating slowly is for detecting that feeling of satiety and losing weight, researches said. The study monitored the eating habits of 54 children ages 6 to 17 in the city of Durango, Mexico for a year. The students were compared to a control group with similar demographics.

The slow eating approach has the advantage of being sustainable over the long term, unlike most diets, said co-author, because it doesn't require you to change what you eat on a daily basis. It doesn't deprive you of your favorite foods and it can be applied in any cultural and ethnic context.

"You can adopt this slow eating approach for yourself and keep it up for the rest of your life and you can teach this approach to your children and they can teach it to their children in turn."

To avoid overeating, students were instructed to chew each bite for 30 seconds before taking the next bite. This gave them time to realize that they were no longer hungry and stop eating. To make sure they waited the right amount of time, they all received small hourglasses that emptied in 30 seconds. Researchers instructed them to take a bite, flip the hourglass and not take another bite until the hourglass ran empty.

Researchers also instructed the students to drink a glass of water before each meal and avoid snacks in between meals. The approach was dubbed "Good Manners for a Healthy Future."

Researchers would like to conduct further studies with a larger sample size both in Mexico and in Southern California, targeting the region's large Hispanic population. They also caution that this approach is untested in adults.