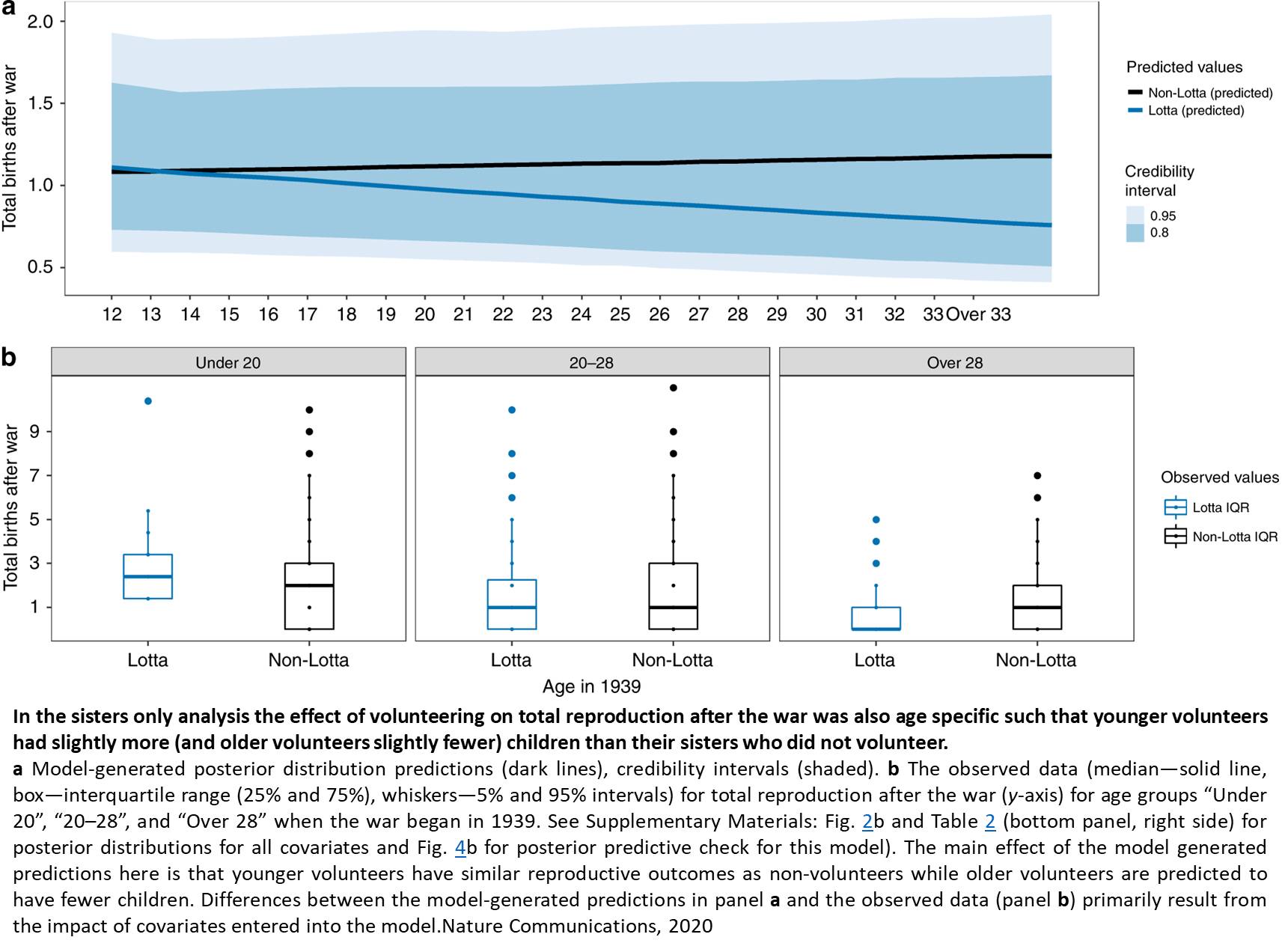 Women who have experienced childhood trauma become mothers earlier than those with a more stable childhood environment shows a new study. The trauma children experience form living in war zones, natural disasters or perhaps even epidemics can have unexpected effects that resurface later in their lives.

During the Second World War, thousands of Finnish women and girls volunteered to aid in the war effort as part of the paramilitary organisation 'Lotta Svärd' exposing some to the trauma of war. Researcher and lead author of the study used extensive data collected on these volunteers to study the effects of childhood trauma on adults.

The study showed that young girls and women who served in the war became mothers earlier and had more children compared to women of the same age who did not participate in the war effort.

If we can measure the effects of trauma on basic things such as the timing of motherhood, then it almost certainly has major effects on many of our other important behaviours, such as overall aversion to risk, sociality or the pace of sexual development, explains the author.

This study is groundbreaking because it overcomes many of the pitfalls of research on humans that has made it difficult to know whether trauma is actually the root cause of starting a family at a younger age. The extensive dataset made it possible for us to compare women before and after the war and also take family background into account by comparing sisters. This is strong evidence in support of the idea that trauma affects reproductive schedules, adds the senior author.

The study has clear relevance for the millions of children and adults worldwide who experience trauma through wars. However, relevance likely also extends to other sources of trauma, such as natural disasters or even the current COVID-19 epidemic.

Evolutionary theory predicts that individuals experiencing an unstable environment with high mortality are better off reproducing sooner rather than taking the risk of not having the chance later.

There appears to be a sensitivity window that extends from childhood into early adulthood where behaviour adjusts to match the circumstances experienced. The consequences can be far-reaching even after the situation stabilises. A childhood trauma can influence people's adult lives in ways that they are unaware of, such as the timing of their motherhood, explains another author.