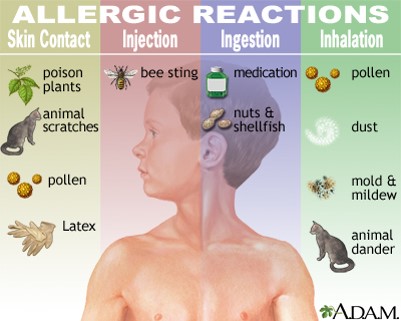 Children with allergic disease, particularly asthma and hay fever, have about twice the rate of high blood pressure and high cholesterol, setting them on a course for heart disease at a surprisingly early age, reports a new study.

Even when the study controlled for obesity, children with allergic disease had a much higher risk for high blood pressure and high cholesterol.

Asthma, hay fever and eczema -- increasingly common in U.S. children -- are associated with chronic inflammation, impaired physical activity, sleep disturbance and significant morbidity. But little has been known about the cardiovascular risk factors in children with these diseases.

Researchers studied the association of asthma, hay fever and eczema in the U.S. and cardiovascular risk factors using data from the 2012 National Health Interview Survey, including 13,275 children who were representative of the population from all 50 states. Asthma occurred in 14 percent of children, eczema in 12 percent and hay fever in 16.6 percent. Asthma, hay fever and eczema were all associated with higher rates of overweight or obesity.

Because the association with hypertension and high cholesterol exists separately from obesity, author said inflammation occurring in asthma and hay fever might contribute to the higher rates of cardiovascular disease. Also, children with profound asthma are typically more sedentary, which also may have a harmful effect and drive up blood pressure and cholesterol.