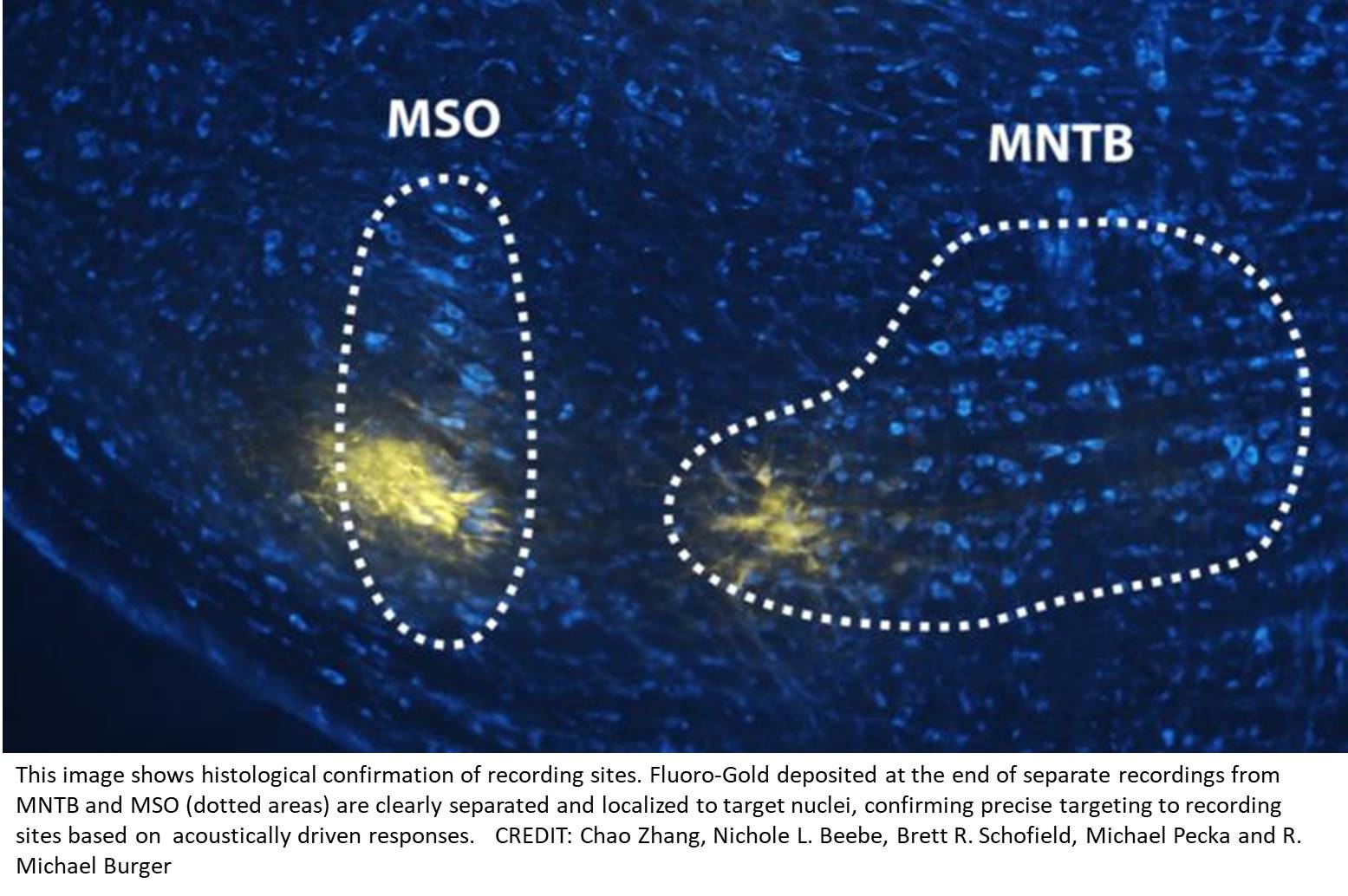 For the first time, researchers have provided physiological evidence that a pervasive neuromodulation system - a group of neurons that regulate the functioning of more specialized neurons - strongly influences sound processing in an important auditory region of the brain. The neuromodulator, acetylcholine, may even help the main auditory brain circuitry distinguish speech from noise.

The findings have been described in article in The Journal of Neuroscience.

The team conducted electrophysiological experiments and data analysis to demonstrate that the input of the neurotransmitter acetylcholine, a pervasive neuromodulator in the brain, influences the encoding of acoustic information by the medial nucleus of the trapezoid body (MNTB), the most prominent source of inhibition to several key nuclei in the lower auditory system. MNTB neurons have previously been considered computationally simple, driven by a single large excitatory synapse and influenced by local inhibitory inputs. The team demonstrates that in addition to these inputs, acetylcholine modulation enhances neural discrimination of tones from noise stimuli, which may contribute to processing important acoustic signals such as speech. Additionally, they describe novel anatomical projections that provide acetylcholine input to the MNTB.

"This modulation appears to help these neurons detect faint signals in noise," says the senior author. "You can think of this modulation as akin to shifting an antenna's position to eliminate static for your favorite radio station."

"In this paper, we show that modulatory circuits have a profound effect on neurons in the sound localization circuitry, at very low foundational level of the auditory system," adds another author.

In addition, during the course of this study, the researchers identified for the first time a set of completely unknown connections in the brain between the modulatory centers and this important area of the auditory system.

The authors think these findings could shed new light on the contribution of neuromodulation to fundamental computational processes in auditory brainstem circuitry, and that it also has implications for understanding how other sensory information is processed in the brain.