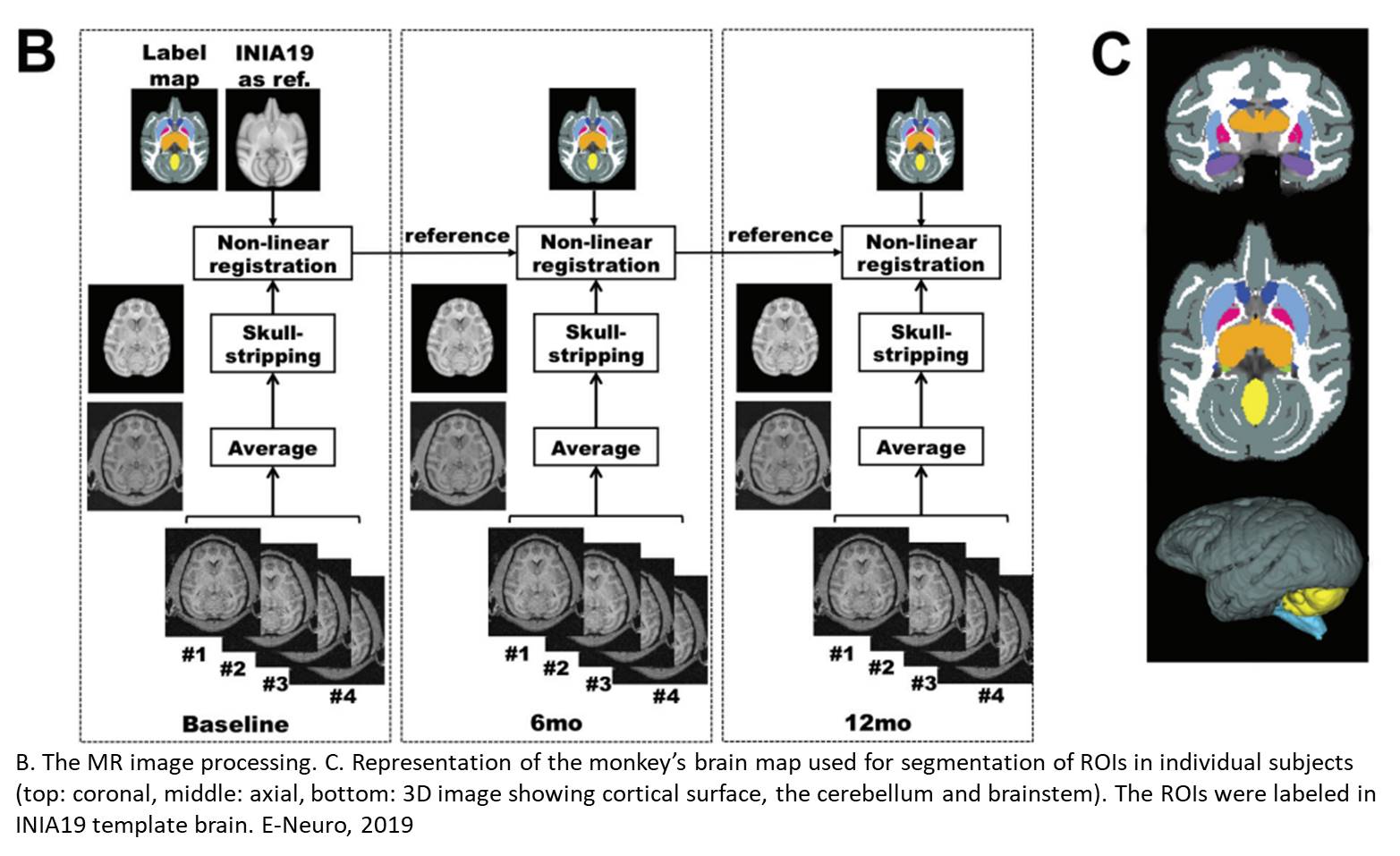 Heavy use of alcohol among adolescents and young adults is not only dangerous in its own right, but new research in nonhuman primates shows that it can actually slow the rate of growth in developing brains.

The study, published in the journal eNeuro, shows that heavy alcohol use reduced the rate of brain growth by 0.25 milliliters per year for every gram of alcohol consumed per kilogram of body weight. In human terms, that's the equivalent of four beers per day. The research involved rhesus macaque monkeys at the Oregon National Primate Research Center.

"Human studies are based on self-reporting of underage drinkers," said co-author. "Our measures pinpoint alcohol drinking with the impaired brain growth."

The new study is the first to characterize normal brain growth of 1 milliliter per 1.87 years in rhesus macaques in late adolescence and early adulthood. And it further reveals a decrease in the volume of distinct brain areas due to voluntary consumption of ethanol.

Lead author said previous research has shown the brain has a capacity to recover at least in part following the cessation of alcohol intake. However, it's not clear whether there would be long-term effects on mental functions as the adolescent and young adult brain ends its growth phase. The next stage of research will explore that question.

"This is the age range when the brain is being fine-tuned to fit adult responsibilities," the lead said. "The question is, does alcohol exposure during this age range alter the lifetime learning ability of individuals?"