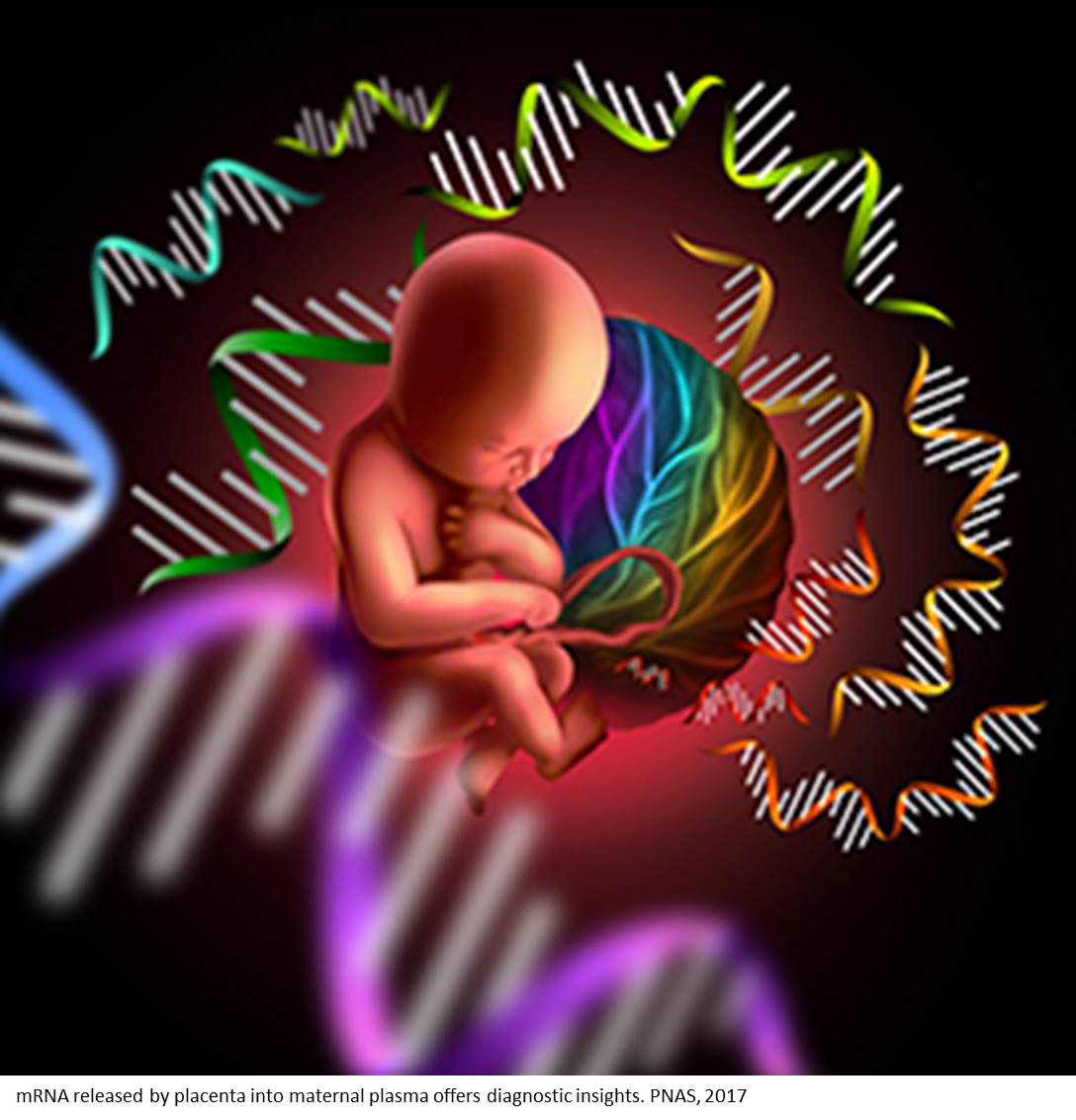 During pregnancy, the placenta provides a crucial, ephemeral interface between the mother and developing fetus that helps maintain fetal homeostasis. Dysfunction of the placenta, a complex, multilobulated organ comprised of cells of both maternal and fetal origin, has been implicated in several prenatal complications including preeclampsia, a potentially lethal hypertensive disorder.

Based on the analysis, the authors mapped trophoblast differentiation trajectories, reconstructed fetal and maternal cellular dynamics during normal pregnancy, and differentiated the dynamics from the cellular pathology in early preeclamptic placentas.

In addition to establishing a cellular transcriptomic atlas of the human placenta, the findings demonstrate that circulating, cell-free RNA in maternal plasma can be used to develop a potential noninvasive test for conditions such as preeclampsia, according to the authors.