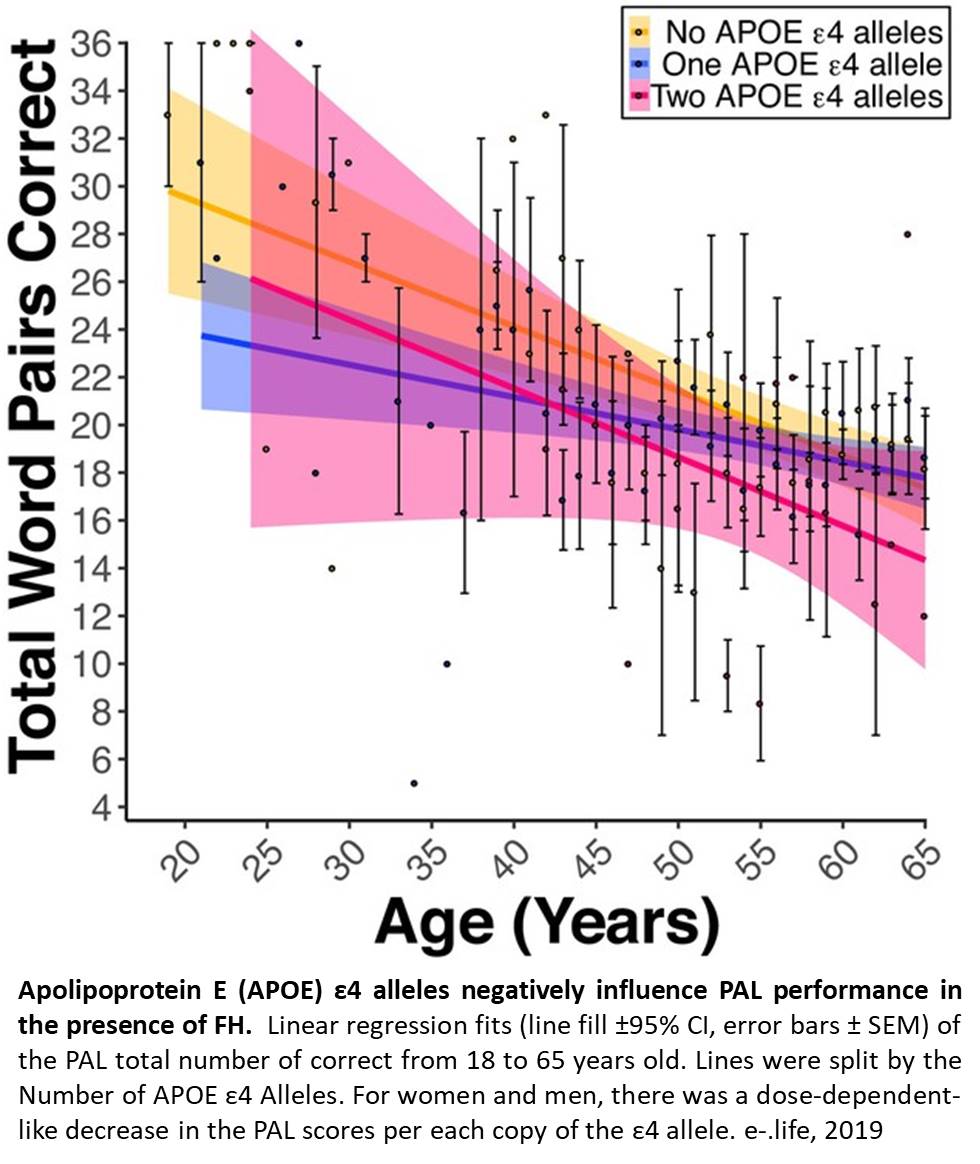 Adults with a first-degree relative with Alzheimer's disease perform more poorly on online paired-learning tasks than adults without such a family history, and this impairment appears to be exacerbated by having diabetes or a genetic variation in the apolipoprotein E (APOE) gene linked to the disease.

The findings, published in eLife, may help identify people who have increased risk for developing Alzheimer's disease and could uncover new ways to delay or prevent the disease.

"Identifying factors that reduce or eliminate the effect of a family history of Alzheimer's disease is particularly crucial since there is currently no cure or effective disease-slowing treatments," says lead author.

Having a family history of Alzheimer's disease is a well-known risk factor for developing the condition, but the effects on learning and memory throughout a person's life are less clear. Some studies have been conducted in this area, but most have been too small to draw significant conclusions.

To enable a larger study, researchers created an easy-to-use website, http://www.mindcrowd.org, that participants could log on to and complete a memory test. Participants were asked to learn 12-word pairs and were then tested on their ability to complete the missing half of the pair when presented with one of the words.

A subset of 742 participants who had a close relative with Alzheimer's submitted a sample of dried blood or saliva that the researchers tested for a genetic variation in the APOE gene linked to the disease. "The APOE genotype is an important genetic factor that influences memory, and we found that those with the variation performed worse on the memory test than those without the variation," the lead explains.

Some characteristics, however, appeared to protect against memory and learning impairments in people with a family history of Alzheimer's disease. Participants with higher levels of education experience less of a decline in scores on the learning and memory test than people with lower levels of education, even when they have a family history of the disease. Women also appear to fair better despite having Alzheimer's disease risk factors.

"Our study supports the importance of living a healthy lifestyle, properly treating diseases such as diabetes, and building learning and memory reserve through education to reduce the cognitive decline associated with Alzheimer's disease risk factors," concludes senior author.