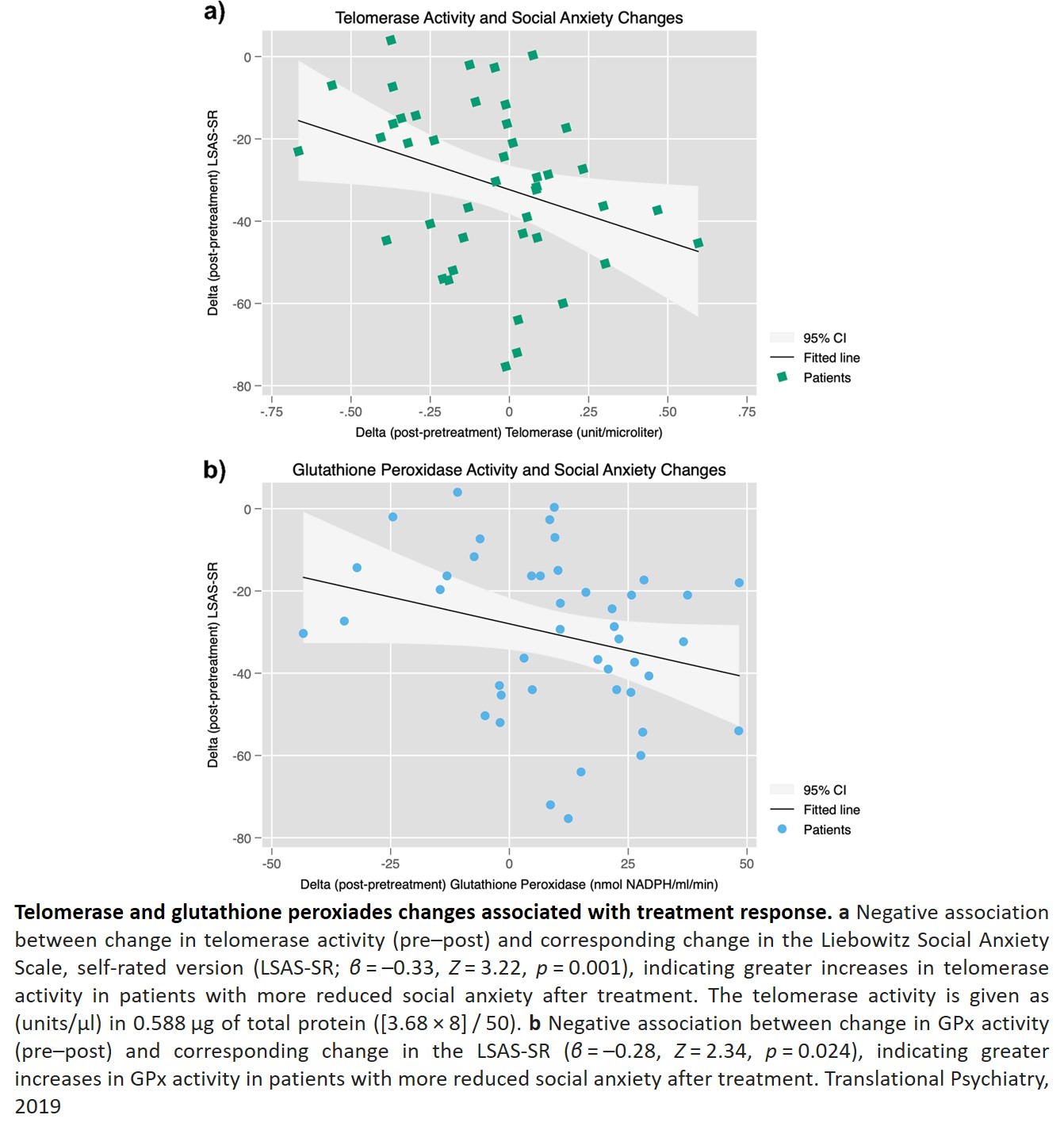 Cognitive behavioral therapy (KBT) for patients with social anxiety not only results in reduced anxiety but also seems to be able to protect cells from accelerated aging. This shows in a study by researchers, which is published in the journal Translational Psychiatry.

"This is a first step to better understand the link between cell aging and treatment of psychiatric problems," said  the study's first author.

People suffering from mental illness are at increased risk of developing somatic disorders such as high blood pressure and diabetes early in life. The reasons for this are unclear, but one possible contributing factor may be that mental disorders are linked to shorter telomeres and accelerated biological aging.

Telomeres are pieces of DNA that sit at the ends of the chromosomes and protect our cells, much like the outer casing of the laces. The telomeres are shortened at each cell division and thus become shorter as we age. The telomeres, in turn, are protected by the enzymes telomerase, which is responsible for recreating the telomeres, and glutathione peroxidase that protects our cells from oxidative stress.

The researchers behind the current study have studied the impact of cognitive behavioral therapy (KBT) on these cell markers in patients with social anxiety disorder (social phobia). 46 patients received nine weeks of treatment with KBT via the Internet. Prior to starting treatment, each patient left two blood samples at nine-week intervals, and immediately after treatment was performed, a new blood sample was taken to measure the cell markers.

The results showed that psychological treatment significantly reduced anxiety levels in patients with social anxiety disorder. At the same time, the activity of the two protective enzymes increased telomerase and glutathione peroxidase in direct relation to how much patients were improved by treatment.

This can be interpreted as the fact that effective psychological treatment for anxiety problems can protect cells against oxidative stress and accelerated aging. These are exciting results that in the long term can lead to patients being given effective treatment based on their biological profile. But before we can draw any proper conclusions about causation, more studies are needed, ”says the author.

As expected, the length of the telomeres did not change during treatment as it is likely to take longer for such changes to occur. Neither telomere length, telomerase, nor glutathione peroxidase changed during the nine weeks prior to initiating treatment, suggesting stability in the measurements. Control analyzes also showed that other factors, such as smoking, BMI, and ongoing drug treatment, could not explain the results.