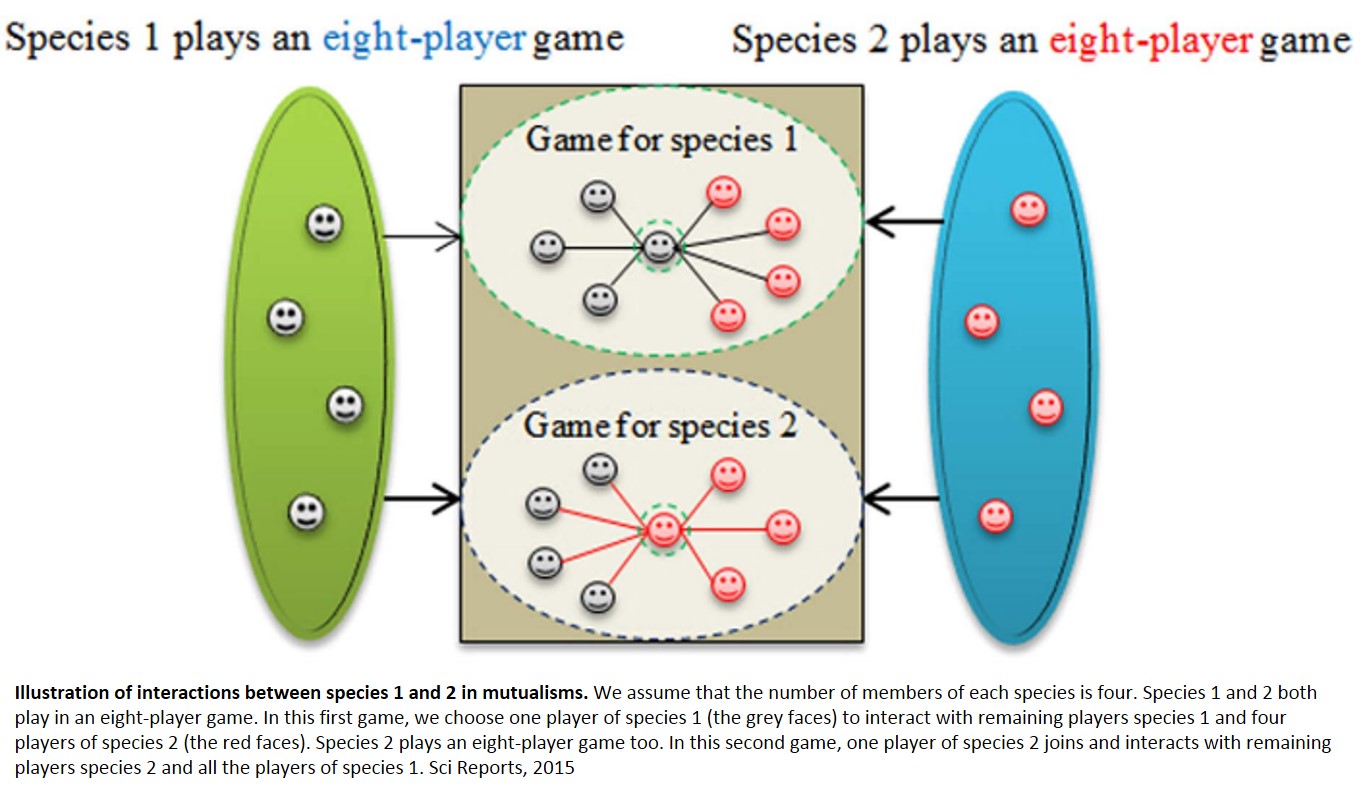 Collective punishment and reward are usually regarded as two potential mechanisms to explain the evolution of cooperation. Both scenarios, however, seem problematic to understand cooperative behavior, because they can raise the second-order free-rider problem and many organisms are not able to discriminate less cooperating individuals.

Even though they have been proved to increase cooperation, there has been a debate about which one being more effective. To address this issue, researchers resort to the N-player evolutionary snowdrift game (NESG), where a collective punishment/reward mechanism is added by allowing some players to display punishment/reward towards all remaining players.

When the intensity of punishment exceeds a certain threshold, a stable state of full cooperation emerges for both small and large groups.

In contrast, such state does not appear for large groups playing a NESG with reward mechanism. In the case of mutualistic interactions, finally, the results show the new payoff with collective punishment/reward can lead to the coexistence of cooperators and defectors when discrimination between these two is not possible.