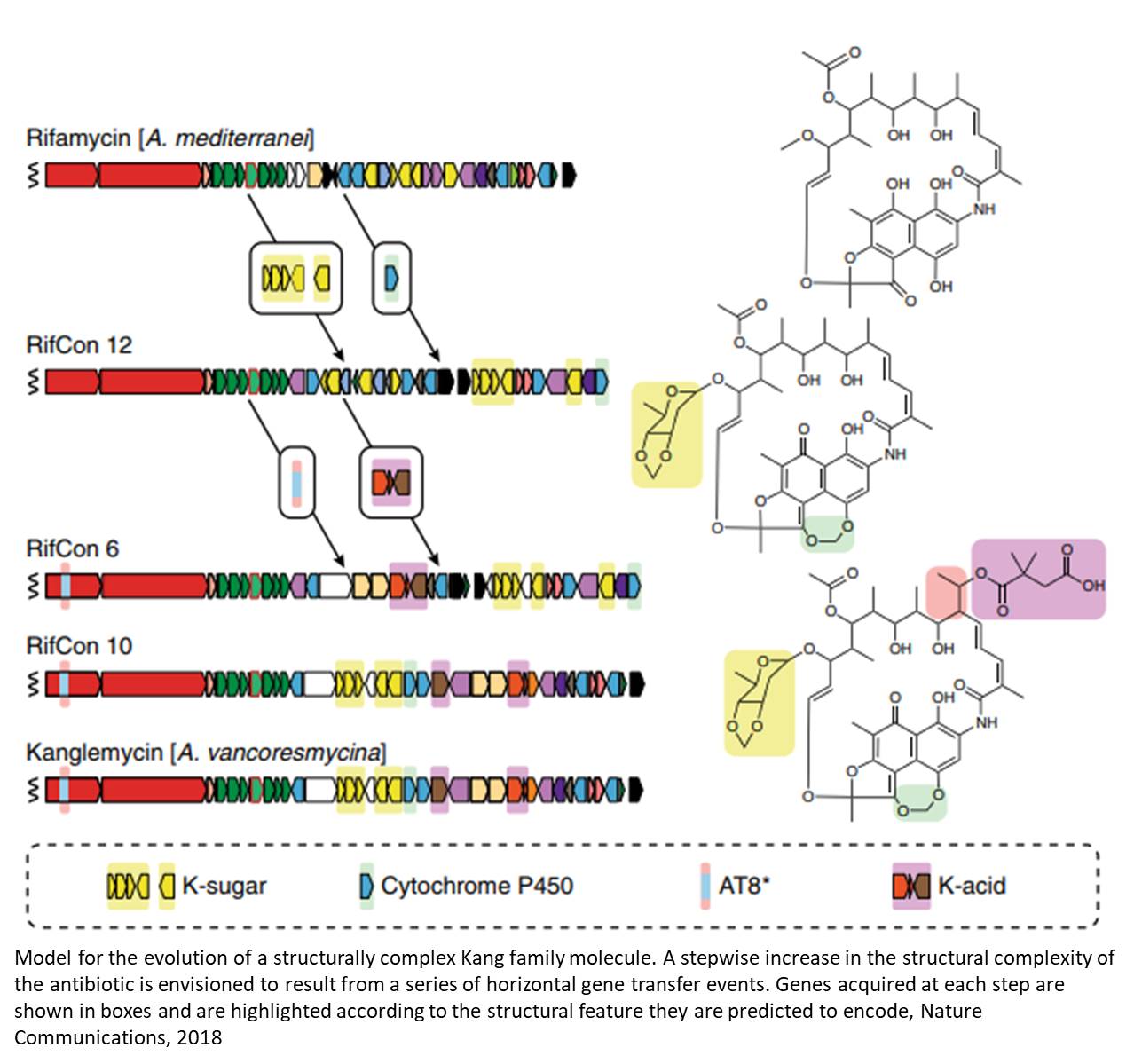 For decades, doctors have been using antibiotics to fight tuberculosis (TB). And consistently, the microbe responsible for the disease, Mycobacterium tuberculosis, has been fighting back. When confronted with current drugs, such as the antibiotic rifamycin, the bacterium often mutates in ways that make it resistant to the treatment.

Rates of rifamycin resistance are steadily rising, which presents a major problem to doctors attempting to treat TB. But, according to a new study nature might have come up with a solution. The study, published in Nature Communications, suggests that an antibiotic found in dirt can destroy mutant mycobacteria.

Rifamycin, or Rif, works by targeting RNA polymerase (RNAP), an enzyme crucial to bacteria's survival. Resistance develops when the genes coding for RNAP mutate: Even a small genetic change can prevent Rif from binding to the enzyme and obstructing its function.

To circumvent resistance, researchers needed a drug that acted like Rif, but that could bind to RNAP, even in the presence of mutations. And while some scientists might turn to the lab to synthesize such a molecule, researchers turned to the environment.

"Rifamycin is naturally produced by a bacterium," the author says. "So I wanted to find out whether nature had also made Rif analogs--molecules that look like rifamycin, but that have slight differences."

To identify any such analogs, the lab sequenced the genes of microbes found in soil samples collected from locations across the country. They hoped to uncover antibiotics that were genetically related to Rif, but with small variations that allowed them to bind to mutated RNAPs.

Through their soil probes, the researchers discovered a group of natural antibiotics, known as kanglemycins, or kangs, that share most of their genes with rifamycin. Moreover, analyses revealed that these antibiotics are capable of combatting bacteria that don't respond to Rif.

The authors hypothesize that kangs might have emerged in response to evolutionary pressures that mirror those present in hospitals. In a clinical setting, bacteria react to antibiotic onslaught by evolving protective mutations. In turn, researchers create more powerful antibiotics; and, over time, bacteria develop further mutations to evade these new attacks. In nature, the authors postulate, bacteria and antibiotics may engage in a similar arms race.

Bacteria in dirt compete with one another. And one way for a bacterial species to take out the competition is to produce toxins, like Rif, which act as natural antibiotics. Like bacteria in hospitals, bacteria in soil respond to such threats by mutating in ways that confer resistance to the toxins. But, in time, their rival bacteria might also mutate, producing yet stronger antibiotics.

"It's possible that natural antibiotics are under the same selective pressure that we're putting antibiotics under in the clinic," the author says. "And if that's the case, then we would see natural analogs to rifamycin, like kangs, that overcome resistance."

To understand what makes these newly discovered antibiotics effective against mutated TB strains, researchers analyzed their structure. They found that, though their kangs resembled rifamycin, the antibiotics had several distinctive features, including an extra sugar and an extra acid, attached to the core structure. These microscopic flourishes, the researchers learned, endowed the molecule with a new way to bind to and interfere with RNAP, allowing the kangs to target bacteria unaffected by Rif.

"We found that the extra sugar allows the kanglemycin to dock into a pocket of RNAP that other drugs didn't take advantage of," says the author. In fact, she says, prior to this study scientists were unaware that such a pocket even existed.

The discovery of this docking station supplies researchers with a new strategy for developing yet more powerful antibiotics. Now aware of the hitherto hidden RNAP pocket, scientists can search for, or synthesize, novel drugs that exploit it.

"We'd still like to see increased potency and broader activity against resistant bugs," says the author. "But this study tells us that we're on the right track."