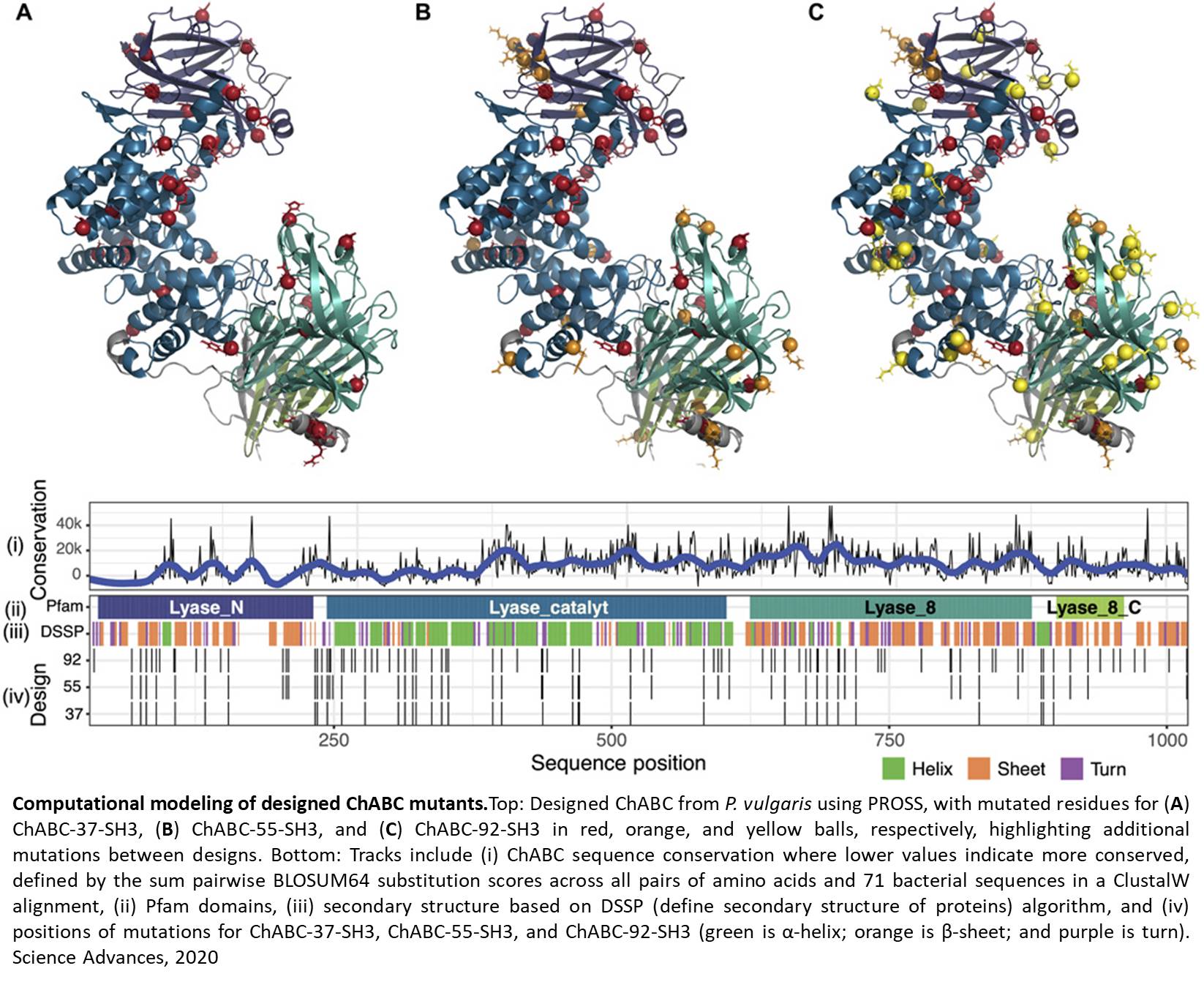 A team of researchers has redesigned and enhanced a natural enzyme that shows promise in promoting the regrowth of nerve tissue following injury.

Their new version is more stable than the protein that occurs in nature, and could lead to new treatments for reversing nerve damage caused by traumatic injury or stroke.

"One of the major challenges to healing after this kind of nerve injury is the formation of a glial scar."

A glial scar is formed by cells and biochemicals that knit together tightly around the damaged nerve. In the short term, this protective environment shields the nerve cells from further injury, but in the long term it can inhibit nerve repair.

About two decades ago, scientists discovered that a natural enzyme known as chondroitinase ABC -- produced by a bacterium called Proteus vulgaris -- can selectively degrade some of the biomolecules that make up the glial scar.

By changing the environment around the damaged nerve, chondroitinase ABC has been shown to promote regrowth of nerve cells. In animal models, it can even lead to regaining some lost function.

But progress has been limited by the fact that chondroitinase ABC is not very stable in the places where researchers want to use it.

"It's stable enough for the environment that the bacteria live in, but inside the body it is very fragile," says the senior author. "It aggregates, or clumps together, which causes it to lose activity. This happens faster at body temperature than at room temperature. It is also difficult to deliver chondroitinase ABC because it is susceptible to chemical degradation and shear forces typically used in formulations."

Various teams have experimented with techniques to overcome this instability. Some have tried wrapping the enzyme in biocompatible polymers or attaching it to nanoparticles to prevent it from aggregating. Others have tried infusing it into damaged tissue slowly and gradually, in order to ensure a consistent concentration at the injury site.

But all of these approaches are mere Band Aids -- they don't address the fundamental problem of instability.

In their latest paper, the authors tried a new approach: they altered the biochemical structure of the enzyme in order to create a more stable version.

"Like any protein, chondroitinase ABC is made up of building blocks called amino acids," says Shoichet. "We used computational chemistry to predict the effect of swapping out some building blocks for others, with a goal of increasing the overall stability while maintaining or improving the enzyme's activity."

"The idea was probably a little crazy, because just like in nature, a single bad mutation can wreck the structure," says the co-lead author of the new paper.

"There are more than 1,000 links in the chain that forms this enzyme, and for each link you have 20 amino acids to choose from," the co-lead says. "There are too many choices to simulate them all."

To narrow down the search space, the team applied computer algorithms that mimicked the types of amino acid substitutions found in real organisms. This approach -- known as consensus design -- produces mutant forms of the enzyme that don't exist in nature, but are plausibly like those that do.

In the end, the team ended up with three new candidate forms of the enzyme that were then produced and tested in the lab. All three were more stable than the wild type, but only one, which had 37 amino acid substitutions out of more than 1,000 links in the chain, was both more stable and more active.

"The wild type chondroitinase ABC loses most of its activity within 24 hours, whereas our re-engineered enzyme is active for seven days," says the other co-lead author of the paper.  "This is a huge difference. Our improved enzyme is expected to even more effectively degrade the glial scar than the version commonly used by other research groups," says the co-lead.

The next step will be to deploy the enzyme in the same kinds of experiments where the wild type was previously used.

"When we started this project, we were advised not to try as it would be like looking for a needle in a haystack," says the senior author. "Having found that needle, we are investigating this form of the enzyme in our models of stroke and spinal cord injury to better understand its potential as a therapeutic, either alone or in combination with other strategies."