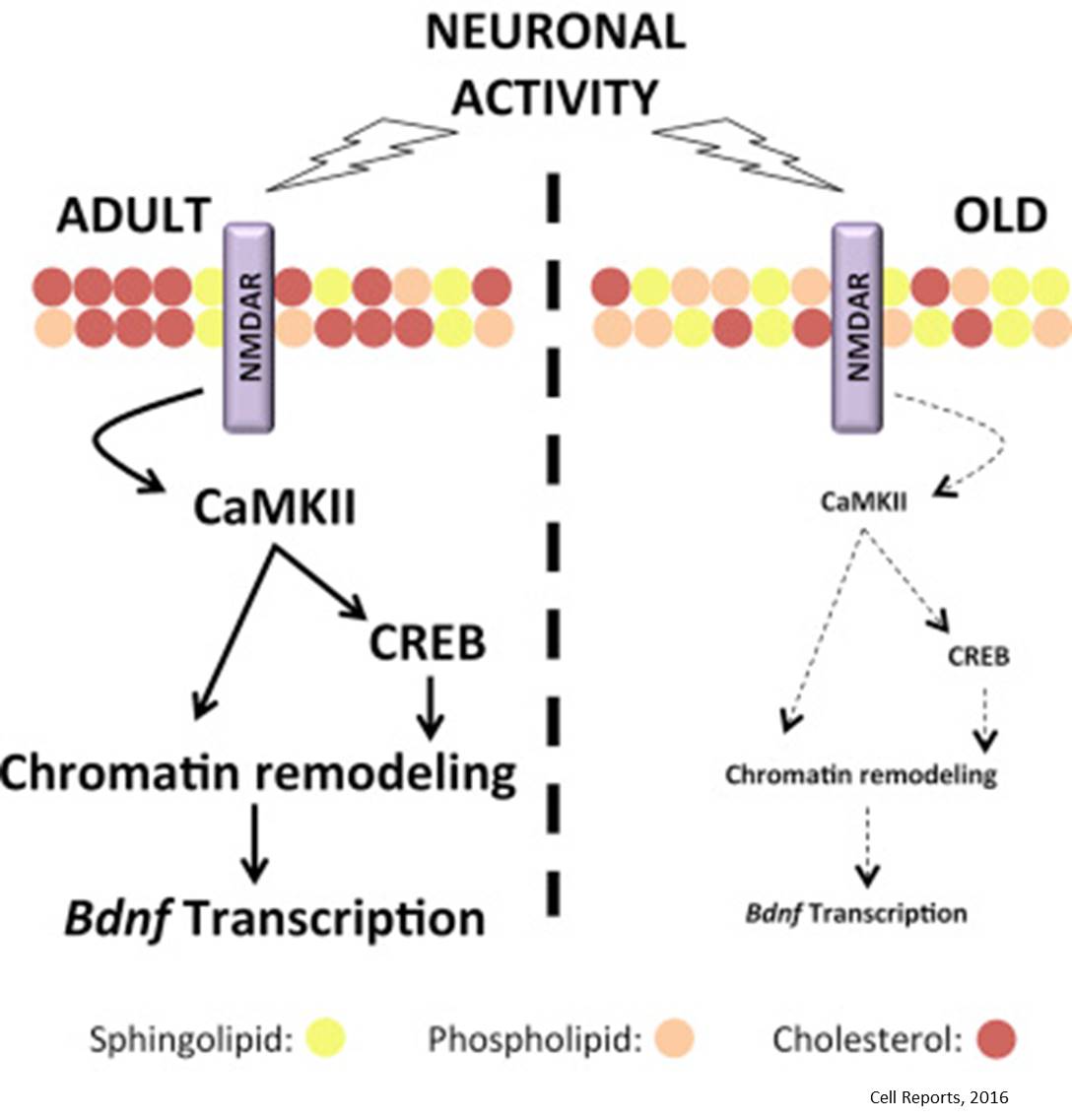 Aging is characterized by a progressive decline in cognitive capacities. It is unlikely that the decline of a complex process like cognition arises from the altered expression or activity of a single factor. However, changes in global regulators of gene expression, such as epigenetic mechanisms, may contribute to the aged brain phenotype. In support of this hypothesis, epigenetic regulatory mechanisms have been shown to be deregulated in the aged brain and in many age-related neurodegenerative disorders.

Epigenetic deregulation in the aging brain could arise from defects in the signal transduction of neuronal stimuli. For example, changes in subunit composition, localization, and/or assembly of neurotransmitter receptors may alter their activity and downstream signaling. The expression levels and lipidic surroundings of receptors change with age and affect their internalization and lateral diffusion.

In support of a direct relationship between age-associated cholesterol reduction and cognitive deficits, recent work demonstrated that restoring cholesterol levels in the hippocampus of old mice is sufficient to rescue biochemical, electrophysiological, and behavioral (cognitive) deficits. Furthermore, restoring brain cholesterol levels rescues synaptic and cognitive dysfunction in a mouse model of Huntington’s disease. All these data suggest that cholesterol deficiency in the old may play a role in the epigenetic deregulation of genes involved in learning and memory and consequently in the cognitive deficits typical of this stage of life.

Researchers show in the journal Cell Reports that the transcriptional induction of Bdnf by a mnemonic stimulus is impaired in aged hippocampal neurons. Mechanistically, this defect is due to reduced NMDA receptor (NMDAR)-mediated activation of CaMKII.

The decrease in NMDA-CaMKII signaling arises from constitutive reduction of synaptic cholesterol that occurs with normal aging. Increasing the levels of neuronal cholesterol in aged neurons in vitro, ex vivo, and in vivo restored NMDA-induced Bdnf expression and chromatin remodeling.