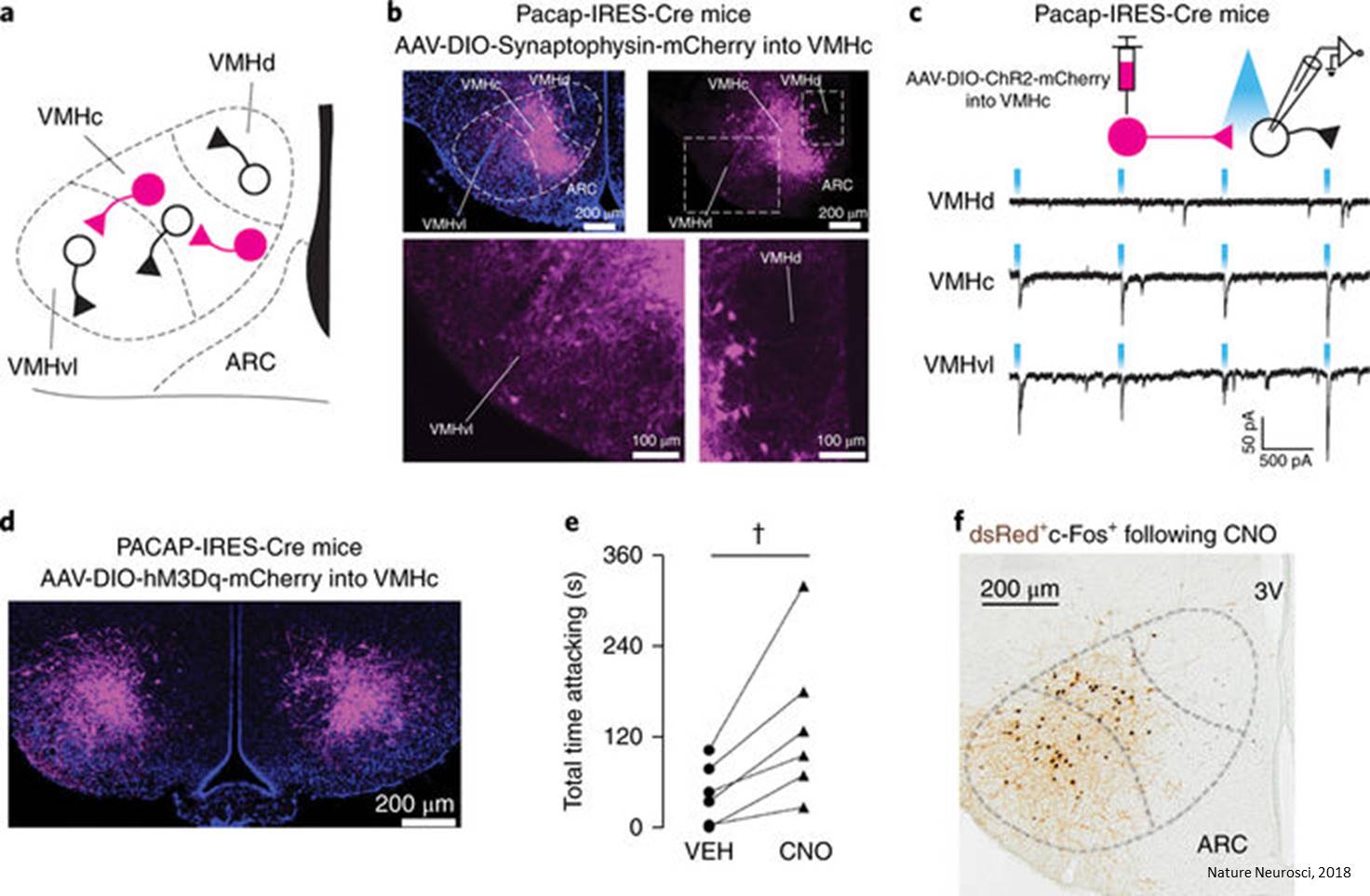 
Patients with Alzheimer's disease and other forms of dementia commonly experience the sundown syndrome - a sudden worsening of confusion, agitation and aggression at the end of the day. Its daily pattern suggested that "sundowning," as the phenomenon is also known, may be governed by the body's internal biological clock. Synchronized by light and darkness, the circadian clock exerts control over wake/sleep cycles, body temperature, digestion, hormonal cycles and other physiological and behavior patterns. But whether the circadian clock regulated aggressive behavior was unknown.
'
Now, for the first time, a team of neuroscientists has demonstrated circadian control of aggression in male mice and identified the specific neurons and circuitry regulating the daily pattern. The insight opens the door to potential opportunities for managing the evening-time agitation common in patients with degenerative neurological disorders. The study was published in Nature Neuroscience.

"Sundowning is often the reason that patients have to be institutionalized, and if clinicians can control this circuit to minimize aggressiveness at the end of the day, patients may be able to live at home longer," said senior author. "We examined the biological clock's brain circuitry and found a connection to a population of neurons known to cause violent attacks when stimulated in male mice. We wanted to know if this represented a propensity for violence at certain times of day."

Researchers observed aggressive interactions between male mice - resident mice defending territory against intruders introduced to residents' cages at different times throughout the day. Counting the intensity and frequency of residents' attacks on intruders revealed for the first time that aggression in male mice exhibits a daily rhythm. Authors show that a daily rhythm in aggression propensity in male mice is gated by GABAergic subparaventricular zone (SPZGABA) neurons, the major postsynaptic targets of the central circadian clock, the suprachiasmatic nucleus.

Next, the scientists used genetics-based tools to manipulate neurons known to regulate the central circadian clock. When researchers inhibited these neurons by disabling their ability to produce a specific neurotransmitter, the mice lost the daily waxing and waning of their aggressive tendencies. These genetically manipulated mice were more aggressive overall, demonstrating a significant increase in total time attacking intruders.

Taken together, the experiments showed that this circadian circuit kept aggressiveness in check in the early morning; stimulating it prevented attack, while inhibiting it promoted attack. Because stimulating the neurons in question cools off aggression, senior author suggests that controlling this circuit could potentially make animals - and perhaps people - less aggressive.

"Our results in mice mimic the patterns of increased aggression seen in patients during sundowning," senior author said. "This new research suggests this pathway may be compromised in neurodegenerative diseases. Examining changes to this pathway in patients could provide insight into future interventions that could greatly improve the quality of life for patients and caregivers alike."