Daytime Sleepiness Could Be a Warning Sign of Alzheimer's 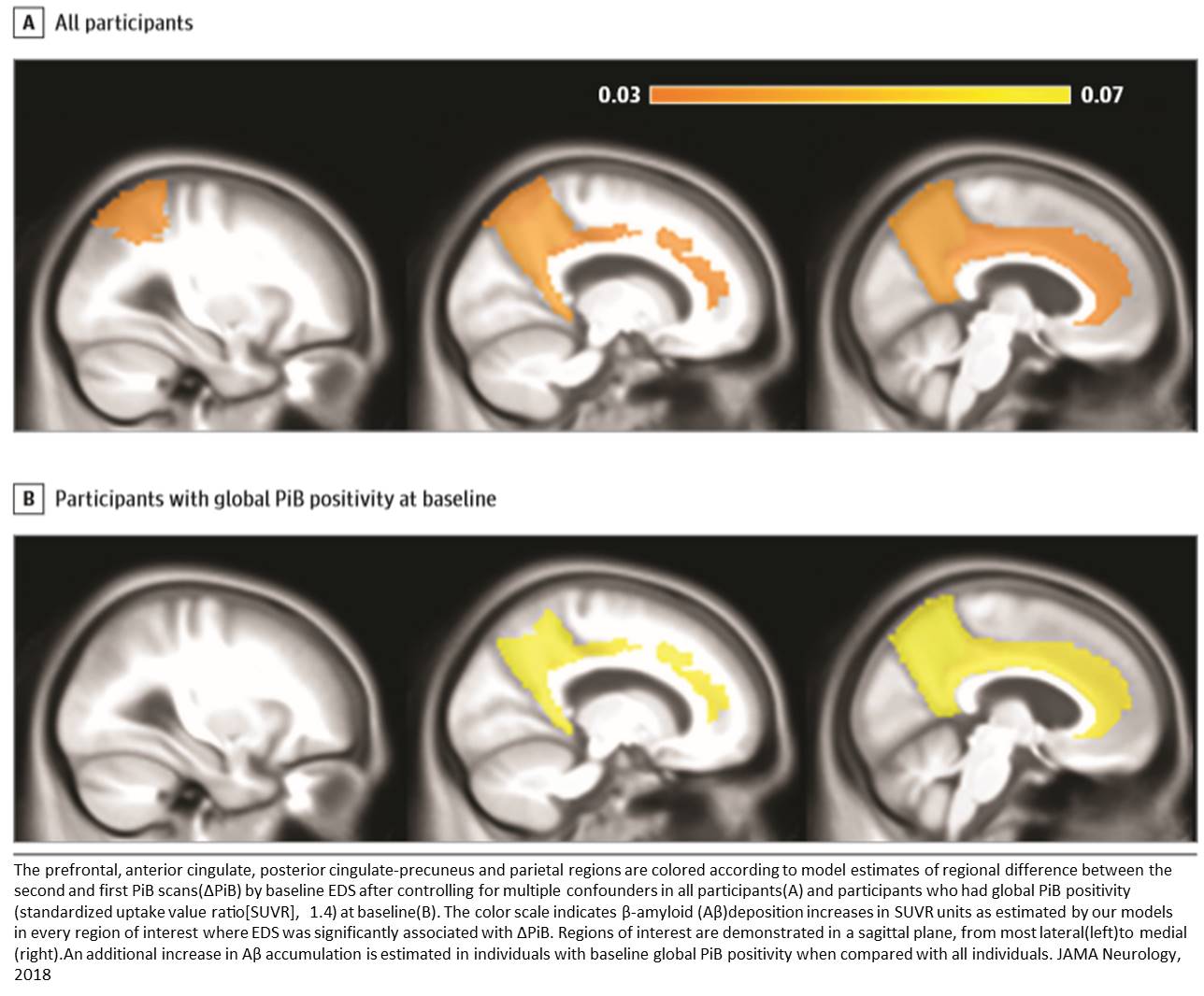 Researchers know that a condition as complicated as Alzheimer’s can’t be traced to a single or simple cause. Genetic factors contribute to the degenerative brain disorder that robs people of their memory, and biological process related to aging play a role as well.

But in recent years, scientists have uncovered some behaviors that may also influence Alzheimer’s risk. In the latest study published in JAMA Neurology, a group of them report how sleep — daytime sleepiness, in particular — may be an indicator of Alzheimer’s.

Studies showed that people with Alzheimer’s disease tend to have disrupted sleep, which made sense: biological studies have recently revealed that while the brain sleeps, it clears away deposits of amyloid, the protein that builds up and eventually strangles nerve cells in Alzheimer’s disease. But it wasn’t clear whether the amyloid plaque deposits led to the disrupted sleep, or whether changes in sleep habits contributed to the buildup of the protein.

To find out, the research team took advantage of a long-running study of nearly 3,000 older people in the Mayo Clinic Study of Aging, all of whom were recruited from Olmsted County, Minn. For the study, authors selected 283 people without dementia who were over 70, who answered questions about their sleep habits and agreed to have several brain scans for amyloid over the seven-year study period.

Among the people in the study, 22% reported problems with daytime sleepiness, a sign of disordered sleep. When the researchers compared the brain scans of all of the volunteers from the start of the study to the end, they found that people who reported excessive daytime sleepiness at the start of the study were more likely to show increases in amyloid in their brains as the study progressed. These people also tended to show faster deposition of the protein than those who did not report daytime drowsiness. What’s more, the amyloid was heaviest in two regions of the brain: the anterior cingulate and cingulate precuneus, which typically show high levels of amyloid in people with Alzheimer’s.

“We found that daytime sleepiness was causing more deposition of amyloid in people who are already amyloid positive, so it was influencing the rate of deposition over time,” says the senior author.

While the study went to great lengths to try to track how amyloid levels in the brain change over time in people with and without daytime sleepiness, it still does not provide a definitive answer about whether sleep disruptions contribute to amyloid buildup or whether sleep problems emerge as amyloid starts to pile up. But the findings reinforce the importance of good sleep in keeping the brain healthy.

“I would hope that people understand that good sleep habits are important to have a healthy brain, since it can prevent amyloid, which is one of the primary proteins underlying Alzheimer’s disease,” says the senior author.

Researchers are already studying whether improving people’s sleep habits might have an impact on amyloid buildup. But they realize these studies need to begin when people are in their 40s and 50s, since the buildup of amyloid begins at least a decade, if not more, before cognitive symptoms start to become obvious. That means that if sleep is going to be one way to delay or even prevent Alzheimer’s, people will need to get in the habit of getting a good night’s sleep as early and as often as possible.