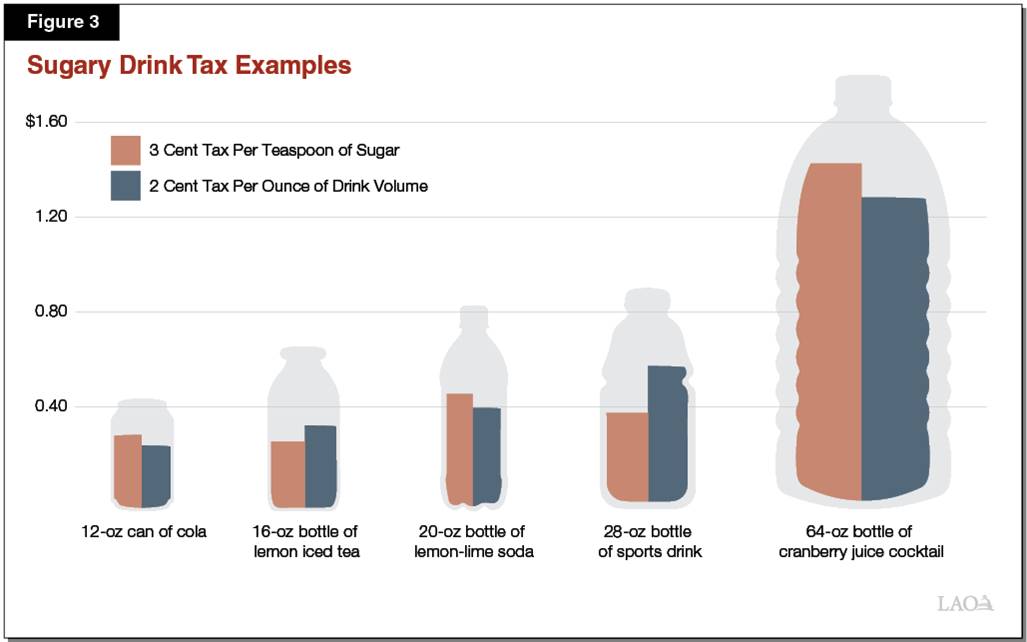 Taxing sugar-sweetened beverages by the amount of sugar they contain, rather than by the liquid volume of these drinks, as several U.S. cities currently do, could produce even greater health benefits and economic gains, a team of researchers has concluded. The analysis appears in the journal Science.

Seven U.S. cities currently tax sugar-sweetened beverages, or SSBs, by the volume of the beverage--levies that don't take into account the amount of sugar these drinks contain.

"Despite their different sugar content and resulting different harms, all sugar-sweetened beverages are taxed at the same rate per liter under a volumetric tax," write the author. "This tax structure gives consumers no incentive to substitute from high-sugar to low-sugar SSBs, even though the latter are less harmful. Thus, while a volumetric tax reduces consumption of SSBs in general, it does not provide the maximum possible health benefits."

"A basic economic principle is that such corrective taxes should be proportional to the harm caused," the authors add. "The harm from sugary drinks comes from the sugar, and SSBs vary substantially in sugar per unit volume."

The researchers note, however, that a tax on liquid volume is beneficial. They estimate, for instance, that a 34-cent per liter volumetric tax causes the average U.S. adult to drink 2.9 fewer ounces of SSBs per day, a 22-percent reduction. This decrease in sugar intake would help the average adult to lose 2.3 pounds. In addition, a nationwide volumetric SSB tax would reduce obesity rates by 2 percent--a 2.1 million decline in adults with obesity--and would lower the number of new Type 2 diabetes cases by 2.3 percent, or approximately 36,000 new cases per year.

They add that such a tax would also result in economic gains--primarily through savings in health care costs--of about $1.4 billion per year nationwide.

However, in their assessment, a tax on the amount of sugar in SSBs would yield even greater health and economic gains. Such a tax would cause U.S. adults to consume 2.3 fewer grams of sugar per day from SSBs than they would under a volumetric tax, helping the average adult lose an additional 0.7 pounds. Across the U.S., a sugar tax instead of a volumetric tax would reduce obesity rates by an additional 630,000 adults and would cut the number of new Type 2 diabetes cases by another 0.7 percent--or approximately 11,000 people per year. Moreover, the additional annual economic gain would be another $400 million.

"Once there is agreement to tax SSBs, it seems natural to tax the harmful sugar, instead of the liquid that comes with the sugar," the authors conclude. "Our calculations suggest that this idea offers valuable low-hanging fruit for improving public health."

A previous study concluded that soda taxes serve as a "net good," an assessment based on an examination of health benefits and consumer behavior. That analysis, which appeared in the Quarterly Journal of Economics earlier this year, estimated that a nationwide soda tax would yield $7 billion in net benefits to society each year.