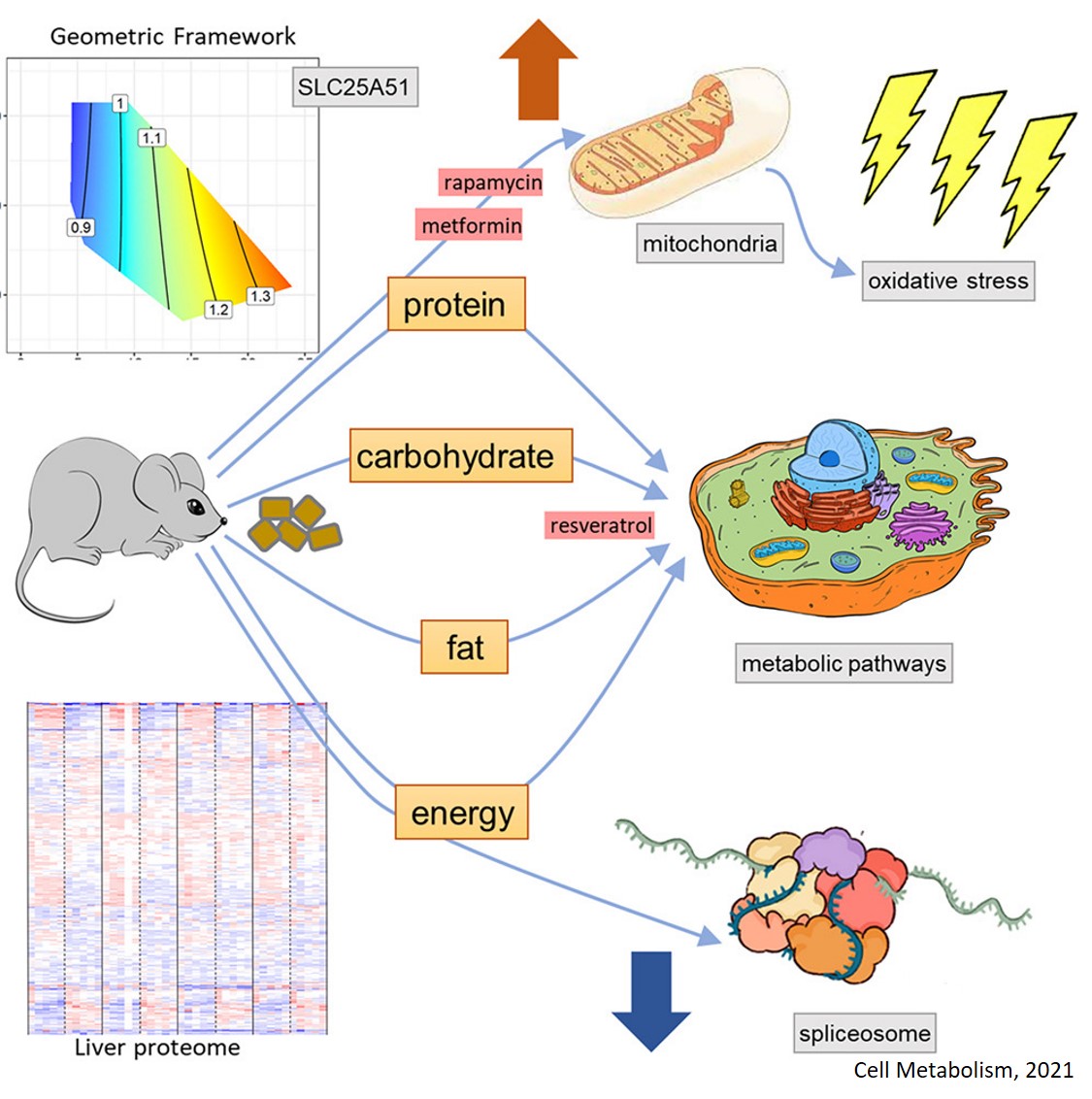 A study comparing the impact of diet versus drugs on the inner workings of our cells has found nutrition has a much stronger impact.

The pre-clinical study suggests the makeup of our diet could be more powerful than drugs in keeping conditions like diabetes, stroke and heart disease at bay.

Conducted in mice, the research showed nutrition (including overall calories and macronutrient balance) had a greater impact on ageing and metabolic health than three drugs commonly used to treat diabetes and slow down ageing. The findings are published in Cell Metabolism.

The research builds on the team’s pioneering work in mice and humans demonstrating the protective role of diet and specific combinations of proteins, fats and carbohydrates against ageing, obesity, heart disease, immune dysfunction and risk of metabolic diseases, such as type 2 diabetes.

Senior author said drugs can also target the same biochemical pathways as nutrients. There has been a huge effort to discover drugs aimed at improving metabolic health and ageing without requiring a change in diet, he said.

“Diet is a powerful medicine. However, presently drugs are administered without consideration of whether and how they might interact with our diet composition – even when these drugs are designed to act in the same way, and on the same nutrient-signalling pathways as diet,” said the author.

The researchers set out to discover whether drugs or diet were more powerful in remodelling nutrient-sensing and other metabolic pathways, as well as whether drugs and diet interacted in ways that made them more or less effective.

“We discovered dietary composition had a far more powerful effect than drugs, which largely dampened responses to diet rather than reshaped them,” said the author.

“Given humans share essentially the same nutrient-signalling pathways as mice, the research suggests people would get better value from changing their diet to improve metabolic health rather than taking the drugs we studied.”

The study was designed to examine the impact of three anti-ageing drugs on the liver, which is a key organ in the regulation of metabolism.

The results add another piece to the puzzle in our understanding of the mechanisms that link ‘what we eat’ with ‘how we age’.

The researchers found calorie intake and the balance of macronutrients (protein, fats and carbohydrates) in the diet had a strong impact on the liver.

Protein and total calorie intake had a particularly powerful effect not just on metabolic pathways, but also on fundamental processes that control the way our cells function.

For example, the amount of protein eaten influenced activity in the mitochondria, which are the part of cells that produce energy.

This creates a downstream effect, as the amount of protein and dietary energy eaten influences how accurately cells translate their genes into the different proteins needed to help cells function properly and to make new cells.

These two fundamental processes are linked to ageing.

In comparison, the drugs mainly acted to dampen the cell’s metabolic response to diet, rather than fundamentally re-shaping them.

However, the researchers also found some more specific interactions between the biochemical effects of the drugs and diet composition.

One anti-ageing drug had a bigger effect on changes in the cells caused by dietary fat and carbohydrates, while a cancer and another diabetes drug both blocked the effects of dietary protein on the energy-producing mitochondria.

Lead author said although the study was very complex, it shows how important it is to study many different diets at the same time, rather than just comparing a few different diets.

“This approach is the only way we can get an overview of the interaction between diet, our health and physiology,” said the author.

“We all know what we eat influences our health, but this study showed how food can dramatically influence many of the processes operating in our cells. This gives us insights into how diet impacts on health and ageing.”