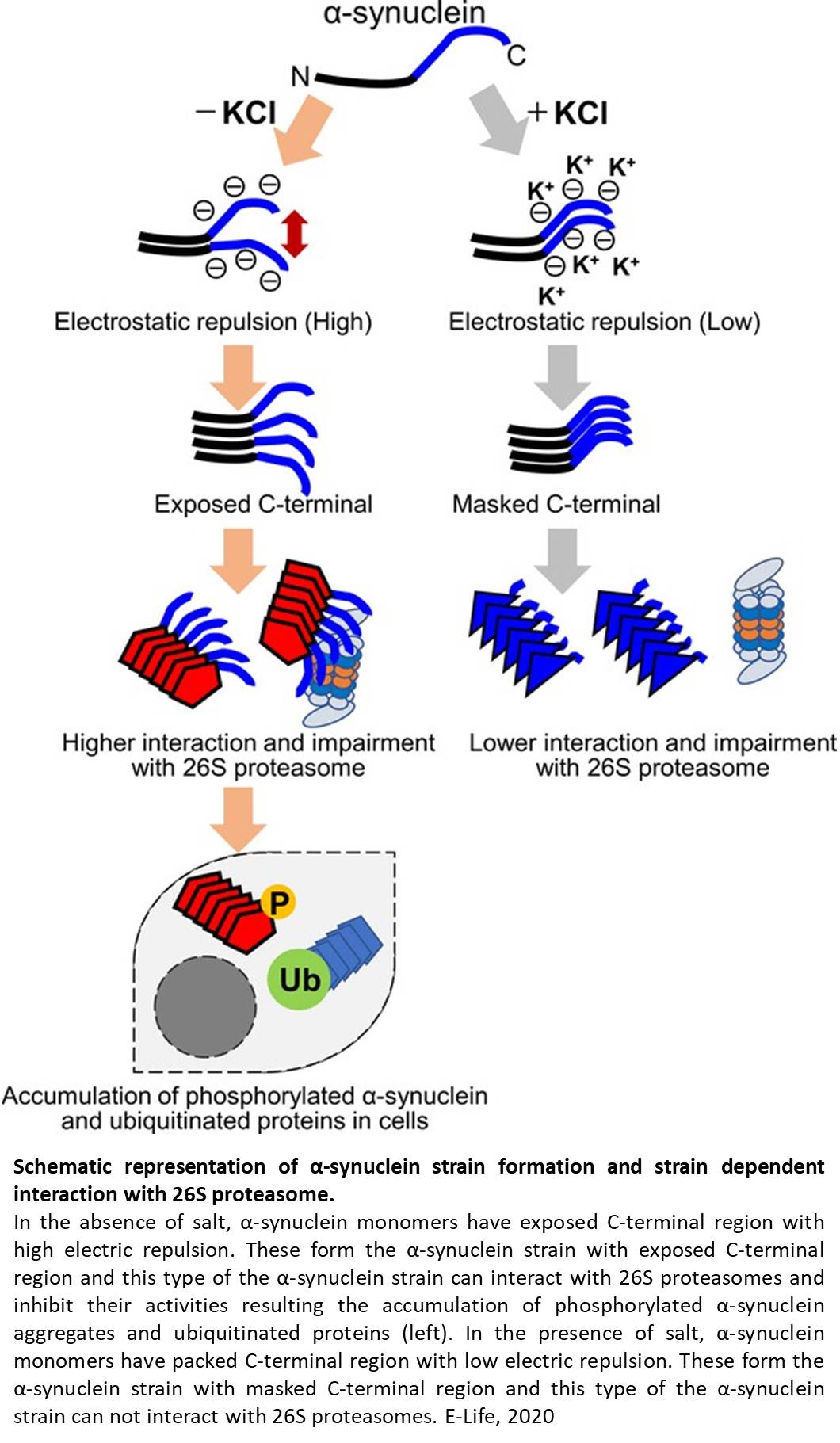 Misfolding and aggregation of normally soluble proteins are common pathological features of many neurodegenerative diseases, including Alzheimer's, Parkinson's, Creutzfeldt-Jacob and Huntington's diseases. For example, Parkinson's disease (PD), dementia with Lewy bodies (DLB) and multiple system atrophy (MSA) are characterized by accumulation of misfolded α -synuclein in neuronal and/or glial cells, and therefore these diseases are termed α synucleinopathies. In PD and DLB, α-synuclein pathologies are mainly observed in neurons in the form of Lewy bodies and Lewy neurites, while glial cytoplasmic inclusions are seen in oligodendrocytes in MSA.

Previous studies have suggested that α synuclein has the properties of prion, seed dependent aggregation, cell to cell propagation and the existence of distinct aggregate conformations (strains). There is a relationship between protein aggregate conformation and clinical phenotype in prion diseases, however, whether differences in the strains of α synuclein aggregates account for the different pathologies remained unclear. In this study, the authors clarified a possible molecular mechanism to account for the different pathologies induced by different α synuclein strains.