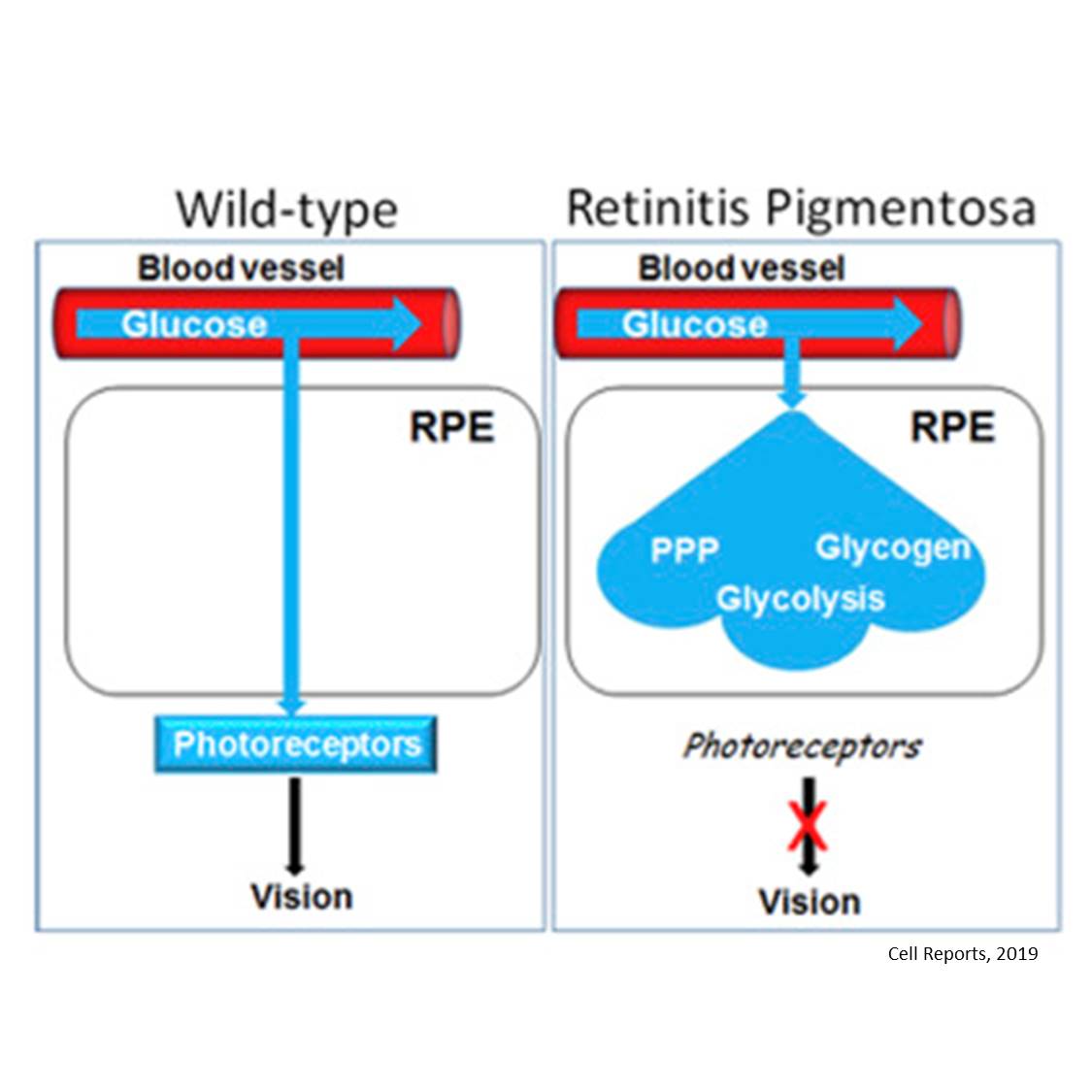 Retinitis pigmentosa (RP) is a common hereditary eye disorder that leads to the gradual deterioration of rod cells causing reduced peripheral vision and night vision. Subsequent loss of cone photoreceptors cause the loss of high-resolution daylight and color vision.

Ophthalmology researchers have discovered the loss of vision in RP is the result of a disruption in the flow of nourishing glucose to the rods and cones. This disruption leads to the starvation of the photoreceptors.

In research published in Cell Reports, the researchers described metabolic changes that result in the reduced availability of glucose in the cells. The researchers discovered the failure in glucose metabolism in RP is similar to changes seen in lung cancer and may be useful in developing therapeutic targets for both diseases.

"Both lung cancer and neurons in the retina use glucose as a primary source for their metabolism. Attacking glucose utilization is a major strategy in fighting lung cancer. This unexpected connection in retinal and lung cancer metabolism has led us to link these seemingly unrelated systems to search for common drugs that target both lung cancer and retinal degeneration" the senior author said.

As abundant mutant rod OS tips shorten in RP, Akt activation is lost, and onset of glucose metabolism in the RPE and diminished glucose transport combine to cause photoreceptor starvation and accompanying retinal metabolome changes.