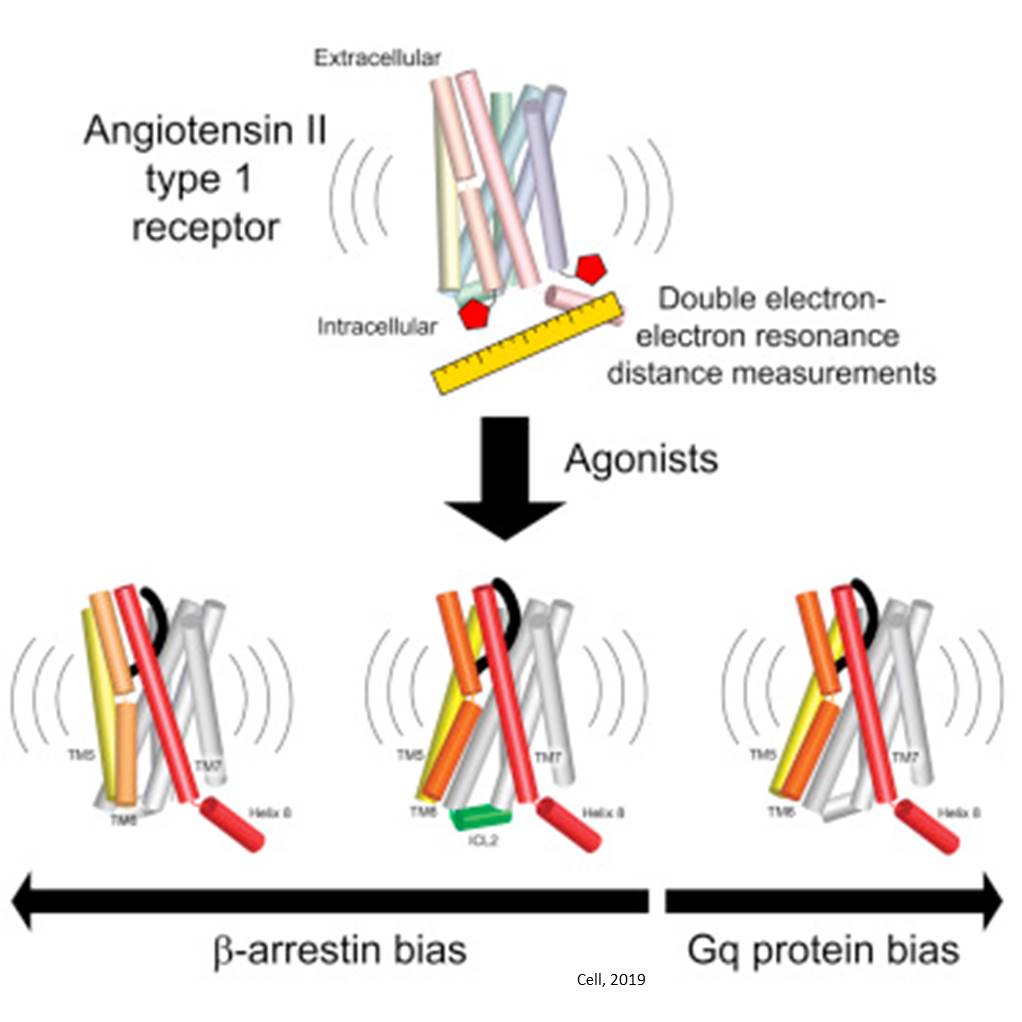 Blood pressure drugs, like many medications in use today, often have 'off-target' effects because we don't yet understand exactly how they work. New research out is showing precisely how the crucial cell surface receptors interact differently with various drugs, giving the researchers hope that they may be able to tailor more specific medications for heart patients.

But in doing so, these drugs also block angiotensin II's beneficial effects, including increases in the heart's strength and performance.Ideally, physicians would like to block the angiotensin receptor's effects on blood pressure without losing its positive effects on heart function, said co- senior author paper published in Cell.

"For a long time, people assumed that these receptors had one 'off state' and one 'on state,' like a light switch," said lead author. "But they aren't light switches; these receptors are more like dials with multiple settings, or states. What's been unclear for the past 10 years is what these receptor states look like and why each state triggers different events inside the cell."

Seeing those specific shapes of the angiotensin receptor for the first time "helps us approach the design of drugs more rationally," the author said. "Now we know what to be aiming for and the mechanisms we need to target."

The authors used a sophisticated technique called double electron-electron resonance spectroscopy to map the shape of the receptor when it interacts with different classes of hormones and drugs. "It's like seeing a silhouette of the receptor -- an outline of its shape from one viewpoint," the author said.

The authors compare this approach to seeing an intricate, three-dimensional statue of the receptor. Importantly, it let them see how one drug interacts with the receptor and what "buttons" it presses to change the shape of the receptor.

The angiotensin receptor is a member of a family of proteins called G protein-coupled receptors (GPCRs), which sit in the membrane that surrounds cells and interact with hormones and drugs in the bloodstream. The GPCR family includes receptors for adrenaline, histamine, opioids, and the many molecules responsible for taste and smell, and they are the target of about one-third of all FDA-approved drugs.

The researchers hope these latest findings may lead to tailor-made drugs for other GPCRs that could separate desired therapeutic effects from unwanted side effects.

For example, these same principles have already been used to develop new drugs for the opioid receptor that have advanced to clinical trials. These next-generation opioid receptor drugs relieve pain but are less prone to cause the side effects associated with morphine and fentanyl, such as constipation and potentially lethal slowed breathing.