Distinct human mutations can alter the effect of medicine 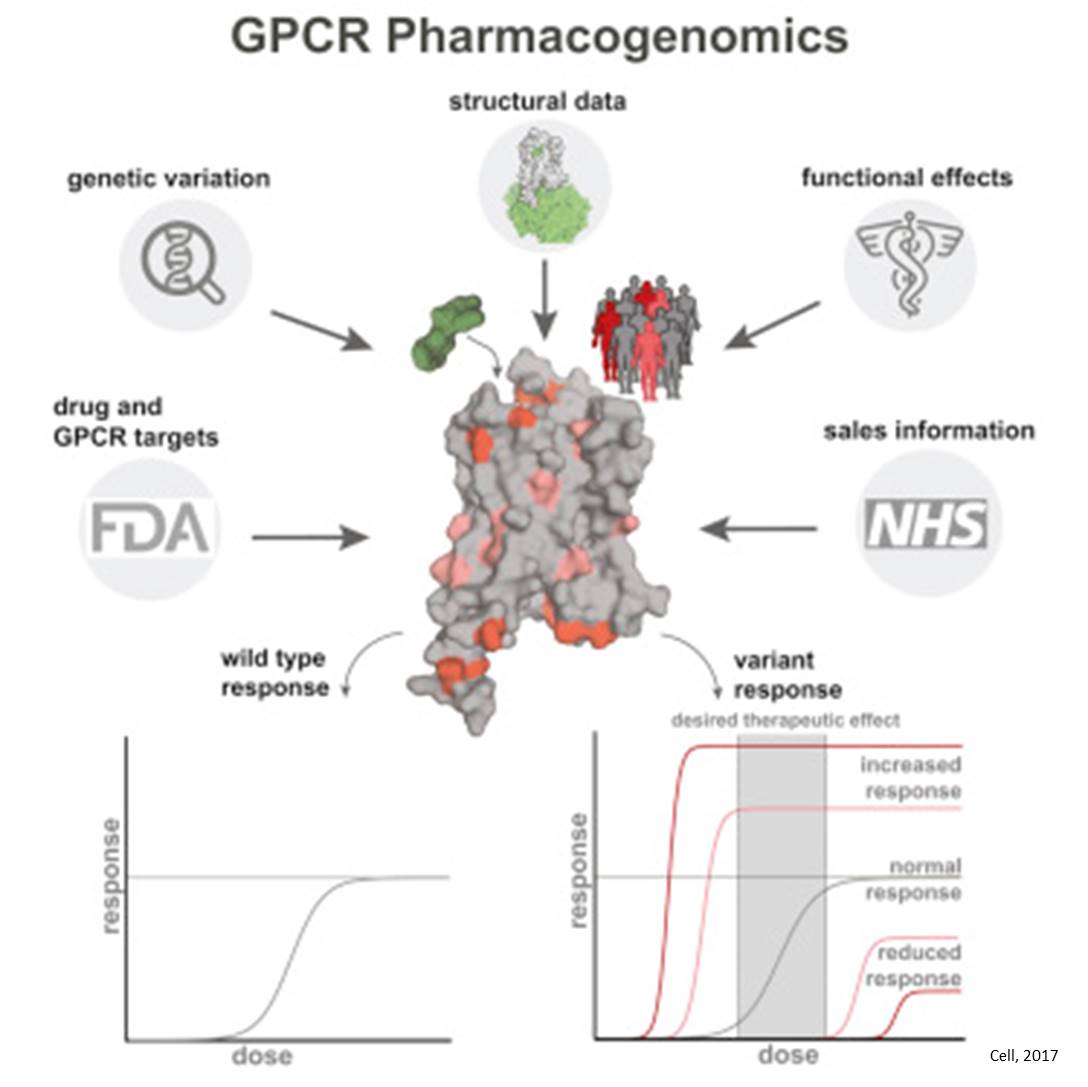 Every person has a unique DNA sequence in their genome. Now researchers have tried to quantify what these differences in the genome mean in the context of the genes targeted by drugs.

In a new study published in the journal Cell they look at certain receptors (GPCRs) in the human cell. These protein receptors are the main targets of the biggest group of marketed modern medicine. By mining existing data sets they have mapped the extent to which mutations occur within GPCR drug targets in individuals and studied what impact these mutations could have on the therapeutic effect of medicine.

'We estimate that an average of 3 percent of the population have receptors that contain mutations which can alter the effect of medicine', says first author of the study.

They then used structural data to infer critical sites in GPCRs to uncover which mutations are more likely to alter the outcome of medicine.

'The 3 percent of the affected population is an average. For some important receptors, it is way more. For instance, the relevant mutations occur in 69 percent of people in the GLP1 receptor that is the target of diabetes medicine and in 86 percent of people in the CNR2 receptor that is used as a target for medicine to relieve nausea induced by chemotherapy. But of course, we cannot know every person's genome and so these are estimates based on the data sets available', says the first author.

The researchers use their findings and sales data for the 279 GPCR-relevant drugs from the National Health Service in the UK to estimate how much money is spent on medicine with little or no effect.

As a conservative estimate, they find the economic burden on the UK National Health Service to be at least 14 million pounds annually, taking into account the number of people with mutations in both copies of the gene in important sites of the receptor target.

'The prevalence and potential impact of variation in drug response between individuals is a strong argument for further researching this field. It also constitutes a fine example of why personalised medicine might be the way forward; even when we are talking about common drugs', says the author.