Dopamine release is governed by self-control of neurons 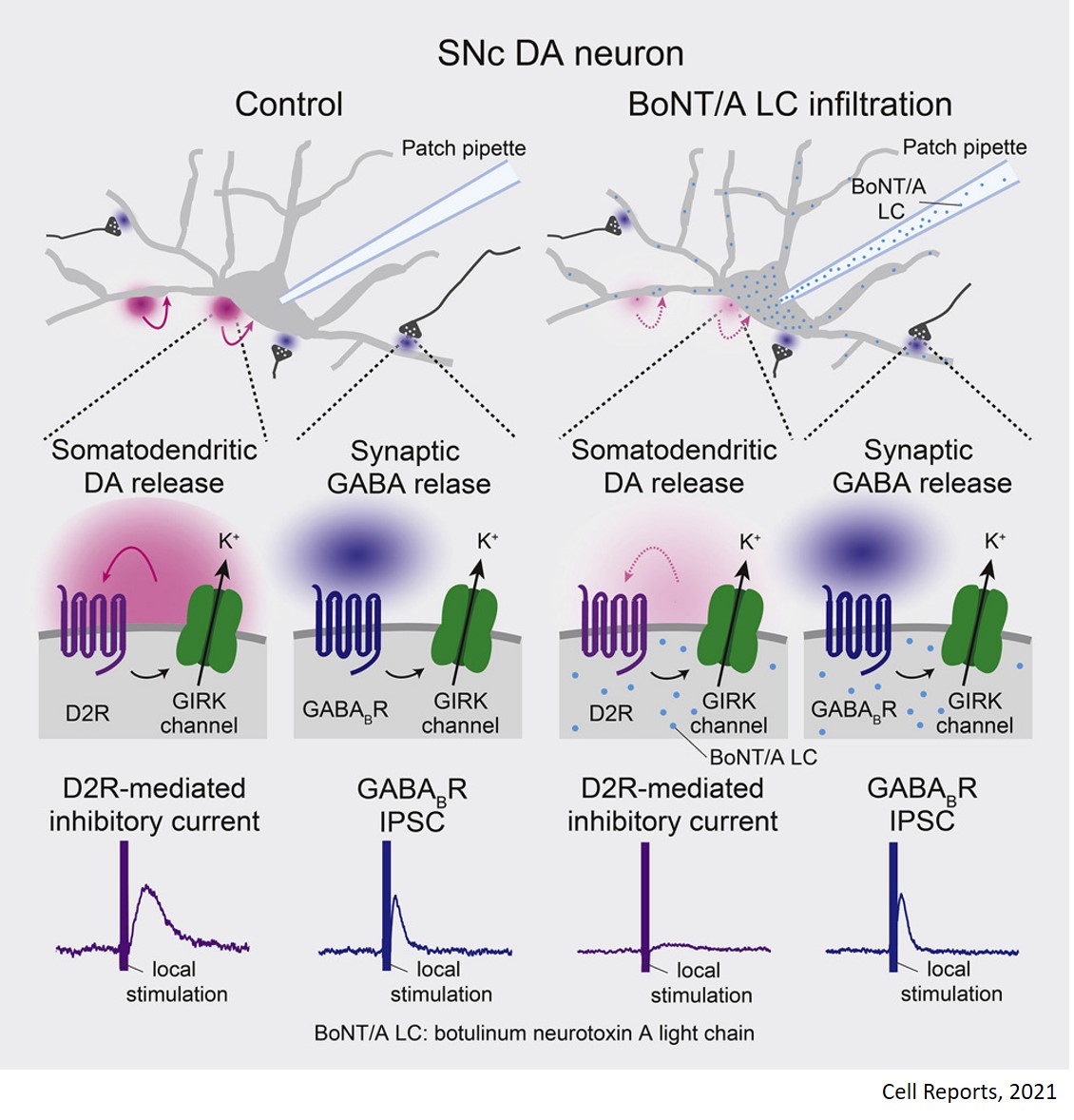 In addition to smoothing out wrinkles, researchers have found that the drug Botox can reveal the inner workings of the brain. A new study used it to show that feedback from individual nerve cells controls the release of dopamine, a chemical messenger involved in motivation, memory, and movement.

Such "self-regulation," the researchers say, stands in contrast to the widely held view that the release of dopamine -- known as the "feel good" hormone -- by any cell relied on messages from nearby cells to recognize that it is releasing too much of the hormone.

"Our findings provide the first evidence that dopamine neurons regulate themselves in the brain," says study lead author. "Now that we better understand how these cells behave when they are healthy, we can start to unravel why they break down in neurodegenerative disorders like Parkinson's disease," adds the lead.

The study was prompted by what the research team saw as flaws in the older way of thinking about how dopamine works. First, for one cell to control its neighbor with dopamine, a large number of synapses, or junctions where two cells meet and exchange messages, would be required. Yet researchers say there were not enough synapses to account for this. Second, many types of hormone-producing cells in the body use a streamlined system that self-regulates further release, so it seemed odd that dopamine neurons would use a more roundabout process.

For the study, published in the journal Cell Reports, the research team collected dopamine neurons from dozens of mice. They injected some of the brain cells with Botox, a toxin that blocks nerve cells from sending chemical messages to neurons and other cells. The chemical's nerve-blocking action accounts for its ability to relax muscles in migraine and wrinkle treatments.

By injecting Botox into single neurons, the researchers hoped to show whether any signal to continue or stop dopamine release could only come from outside the "paralyzed" cell. If the neurons were in fact controlled by neighboring dopamine cells, then dopamine release would remain unaffected because the treated cells would still receive dopamine signals from the untreated cells nearby.

Instead, the findings revealed a 75 percent drop in dopamine outflow, suggesting that dopamine neurons largely rely on their own discharge to determine release rate of the hormone, according to the investigators.

"Since our Botox technique helped us solve the problem of how dopamine neurons regulate their communication, it should also enable us to uncover how other nerve cells interact with each other in the mammalian brain," says study senior author.

The research team next plans to explore other areas of dopamine neuron activity that remain poorly understood, such as the dependence of dopamine release on calcium from outside the brain cells, says the senior author. The investigators also intend to examine how self-regulation of dopamine might contribute to cell death in Parkinson's disease.