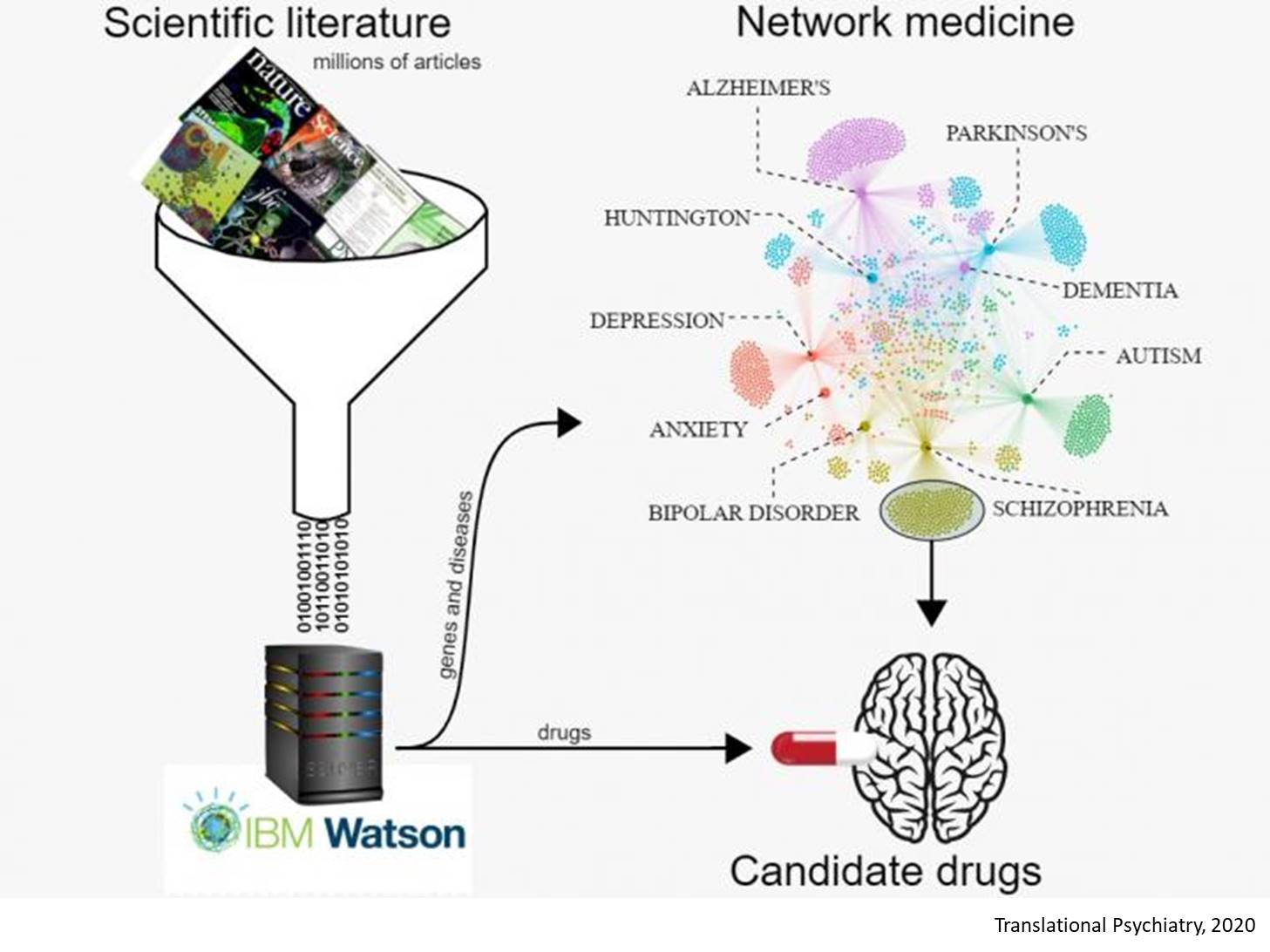 Artificial intelligence can increase the effectiveness of drug repositioning or repurposing research, according to a study published in Translational Psychiatry. In the study researchers correlated information on genes associated with psychiatric and neurological disorders and drugs approved for use in treating other diseases that might potentially inhibit or activate these genes.

In addition to identifying these candidate drugs, the researchers also developed a novel drug screening approach that can be used in studies of other diseases. They then applied the novel methodology in another study with the aim of repurposing drugs to treat COVID-19.

"We are producing much more knowledge than we can absorb. Scientific journals publish more than a million articles per year, so it is impossible to keep abreast of the literature in areas other than one's research interests," the principal investigator for the study, told.

Drug development requires large amounts of time and money. Repurposing can be a vital shortcut because existing drugs have already passed the relevant safety tests. The usual approach is to study how drugs and diseases share molecular mechanisms.

To make these correlations more effective, the researchers used a machine learning approach known as network medicine to investigate the molecular characteristics and mechanisms of psychiatric and neurological disorders.

Network medicine is an emerging field that combines systems biology and network science to understand how genes interact in disease and health. "We organized and structured a network of knowledge about psychiatric and neurological disorders correlating with information about relevant drugs and genes," the PI explained. "Network medicine uses graph theory to analyze these complex interactions and suggest drugs that have never been tested for the treatment of certain diseases."

The group used IBM Watson for Drug Discovery (WDD), as well as programs developed in their own laboratory, to mine information in millions of scientific articles published in the last 50 years and construct a network connecting knowledge about disorders, genes and drugs.

"IBM WDD can read more than 20 million articles infinitely faster than a human being can. The computer used machine learning algorithms to make correlations based on the information in the articles, such as gene activation and inhibition by certain substances, and links between these processes and mental health problems," the author said. "It is not magic. You do not just press a button to get results. It is hard to identify the associations that are significant."

The researchers found entirely novel candidates for drug repurposing studies. "The analysis revealed drugs never before described as alternatives for the treatment of psychiatric and neurological disorders. We hope other researchers will use the list produced by our research to begin testing in vitro, in animals, and in future clinical trials if all goes well to determine whether these drugs do in fact work against the indicated diseases," said the first author of the paper.

The drug repurposing process was made more effective by the combination of machine learning and network medicine. "Instead of screening 2,000 possible candidates and then testing to determine which of them could treat a disease, it is possible to use the results of our study to analyze a much smaller, more assertive list of probable candidates," Dias said.

In a study to be published soon, the group led by Nakaya carried out laboratory experiments to test the effects of one of the drugs on the list when used to treat schizophrenia. "We have set up a research collaboration to determine whether treatment with this drug is effective. Experimental validations are fundamental to prove the utility of these analyses," the PI said.

The researchers are also applying the methodology to search for correlations between drugs, genes and COVID-19. "In this case, we are using a large volume of information on infectious diseases caused by all types of virus, as well as the main problems relating to severe COVID-19, to look for associations and create networks linking genes and drugs that can be used to treat the disease. In the current crisis, it is essential to narrow the field of study. Network medicine can contribute help us focus in this way," the author said.