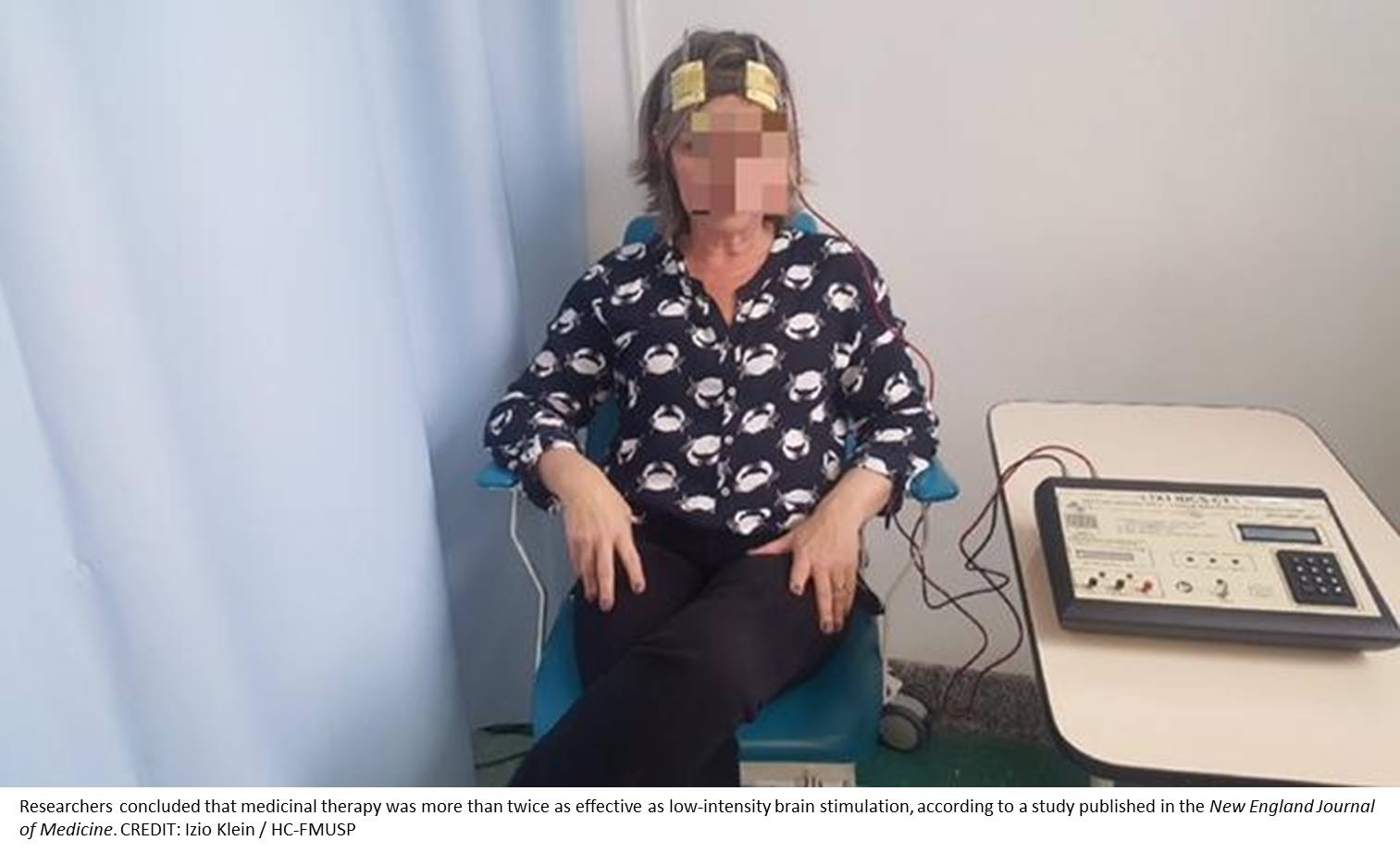 A new study questions the efficacy of treatments for depression based on stimulating brain areas with low-intensity electric current. The technique, known as transcranial direct-current stimulation (tDCS), was considered a promising alternative to treatment with antidepressant drugs.

In the new study, researchers describe a trial in which they found tDCS to be less effective than escitalopram, an anti-depressant. Results of the research were published in the New England Journal of Medicine.

"We defined non-inferiority of stimulation compared with medication as at least 50%, meaning that tDCS would have to be at least 50% as effective as the anti-depressant, but this wasn't the case," lead author said.

"We found that treatment with tDCS was not half as effective as treatment with escitalopram and concluded that transcranial stimulation cannot be recommended as first-line therapy. The anti-depressant is easier to administer and much more effective. On the other hand, tDCS performed better than placebo in our previous studies."

About 12%-14% of the world's population is estimated to suffer from depression, and it is relatively easy to find self-help websites with videos showing how to administer tDCS at home.

"It's very striking," lead author said. "These sites that claim to show how to stimulate your brain represent a huge risk for patients with depression. 'Do-it-yourself' solutions are strongly contra-indicated. In fact, they're dangerous. I expect our study to have an impact on this phenomenon because we've proved there are adverse side effects and that it's not as effective as many people think."

According to the study, patients who received tDCS treatment presented with higher rates of skin redness, tinnitus (ringing in the ears) and nervousness than the other two groups, and new-onset mania developed in two patients in this group.

The lead author stressed the importance of not confusing tDCS with other methods such as electroconvulsive therapy (ECT), which involves a far stronger current - typically 800 milliamperes, or 800 times the current used in tDCS - and is designed to produce a controlled seizure. Other differences include the fact that ECT delivers a brief pulse rather than a steady current.

The tDCS device is connected to a headband with twin electrodes placed on the patient's temples so that the current runs through the dorsolateral prefrontal cortex, an area with diminished activity in depressed people.

"People with depression display cerebral hypoactivity, especially in this brain region but also in others," lead author said. "The action mechanism of stimulation was believed to increase brain activity in this region, but no such effect has yet been proven."

"Of these, only transcranial magnetic stimulation and electroconvulsive therapy are currently cleared by the Food and Drug Administration [FDA] for the treatment of depression, and deep-brain stimulation has a humanitarian device exemption for the treatment of obsessive-compulsive disorder," writes Sarah H. Lisanby, director of the Division of Translational Research at the US National Institute of Mental Health (NIMH), in an editorial in the same issue of the New England Journal of Medicine.

Lisanby highlights the study performed in Brazil and argues that parameters are needed to measure the functioning of tDCS. The lead author agreed. "There are no parameters that enable us to know whether the tDCS dose is right," he said. "I know two pills are a higher dose than one. Moreover, some drugs can be measured in the bloodstream. The most common example is lithium. You can dose magnetic stimulation. In electrical stimulation, however, it isn't what you see. It's a very weak current that can be altered even by anatomical aspects in each patient."