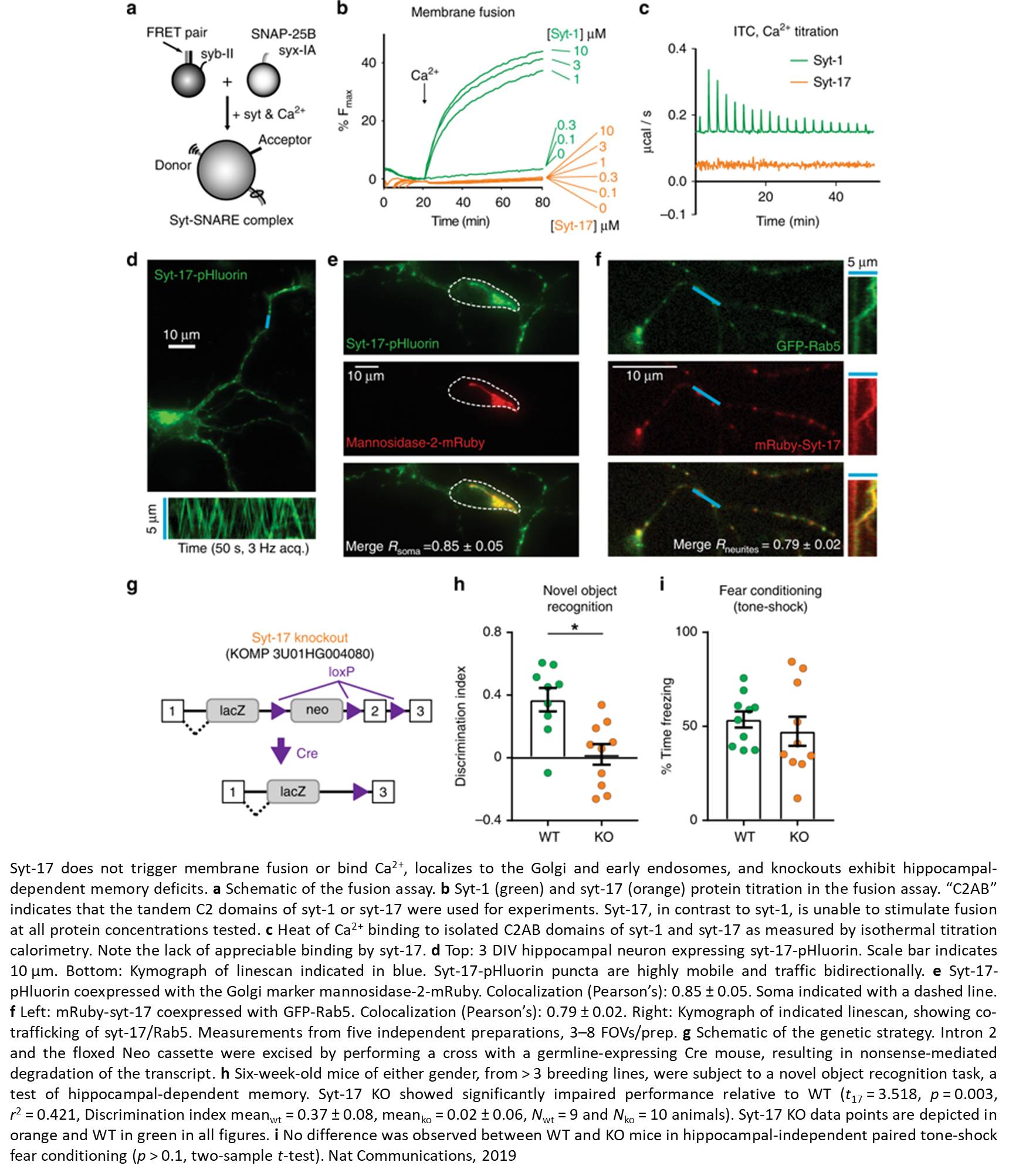 A fundamental question in nerve biology brings to mind a race car at the starting line: The engine is revving, but the brake is on. The system is ready to go, but under tight control. And when the light flashes green, the car blasts away from the line.

A similar process occurs at junctions between two nerve cells when a different type of brake is disengaged. At that point, the machinery controlling the release of nerve signaling chemicals open a "fusion pore" that allows the escape of these neurotransmitters. Only then is a signal -- contained within tiny packages called vesicles -- released to other neurons.

In the journal Nature Communications, researchers describe a key component of the system -- the brake, or "clamp," that prevents the fusion pore from completing its formation and opening.

"We need the vesicles to release their contents, yes," says the senior author. "But release is not always appropriate. Preventing the pore from fully forming and opening is just as critical. But today, the physiology of clamping -- or inhibiting -- the pore is hotly debated. We believe we have a conclusive answer to what happens in mammal neurons, and it's different from what others have found based on studies of invertebrate neurons."

The fusion pore forms in synapses, the junctions between adjacent neurons. The pore, comprising "SNARE" proteins, cannot release a signal until a spritz of calcium ions triggers the opening. The calcium sensor is a protein called synaptotagmin which, is also key to the fusion clamp.

Transmissions across synapses underlie every function of the nervous system: signaling muscle movement, recalling a memory of childhood, feeling a hot stove or thinking through a calculus problem. Each of these builds on a complex choreography of nerve signals passed from one neuron to another by neurotransmitters contained in vesicles that are released through fusion pores.

The discovery that pore formation requires SNARE proteins won the 2013 Nobel Prize. But the authors have raised a critical question: If SNAREs are so attuned to making pores, why are the pores usually closed?

"There has been a tremendous amount of attention on the synapse, but no conclusive answer," the senior author says. "What keeps the SNAREs from forming open fusion pores? What is the brake, the clamp? What shuts it off until the appropriate time?"

In Nature Communications, researchers reported on their studies of two candidate clamp molecules: complexin and a type of synaptotagmin called syt-1.

"There is this strong evidence, from fruit flies and worms, that complexin is the clamp," the senior author says. "But our new study rules out that role in mammals.

"There has been a lot of confusion, because the different model systems give different results," the senior author adds. "But we took a long, comprehensive look, in one model system -- mammalian cells in a dish. The question was: Is complexin or syt-1 the clamp? Or do they work together?"

In mammals, the authors found, complexin cannot be the fusion clamp because it plays a positive role, actually helping to open the pore. Curiously, complexin is aided in this function by syt-1.
But syt-1 by itself is able to clamp the pore. "Syt-1 thus is the long-sought brake that prevents errant signals across a synapse," the senior author says.  The race-car analogy is apt, the senior author says, since hair-trigger speed is necessary in the nervous system.

"Nerve terminals have the tightest regulation -- at millisecond accuracy -- in our physiology," the author says. "When the kidney is making urine, it does not need such accuracy. But neurons, and the neuroendocrine cells [like those that produce adrenaline] are specialized for speed. You need to have them primed, waiting for the trigger. The synapse is held in an arrested state, and boom! It gets the signal, and the signal passes. The speed of synapses determines how fast our brains work. This is important stuff."

In 2018, the lab showed that fusion pores are not simply pipes, but instead highly tuned valves with a full range of openings from off to intermittent, to full open, depending on the proteins present. In 2019, they showed how a different synaptotagmin, syt-17, helped trigger the growth of axons -- the slender nerve fibers that convey signals to synapses, and then to dendrites on a neighboring neuron.

The authors discovered a second pool of syt-17 on early endosomes in neurites. Loss of syt-17 disrupts endocytic trafficking, resulting in the accumulation of excess postsynaptic AMPA receptors and defective synaptic plasticity.

Two distinct pools of syt-17 thus control two crucial, independent membrane trafficking pathways in neurons. Function of syt-17 appears to be one mechanism by which neurons have specialized their secretory and endosomal systems to support the demands of synaptic communication over sprawling neurite arbors.

Neurons need fusion clamps as much as cars need brakes, the senior author emphasizes. "If the rate of fusion - the transfer of signals - is dis-regulated, the nervous system will not work properly," the author says.

Fusion pores aren't just gates between neurons. They connect membranes between biological units inside and outside cells.

"The need to make membranes fuse and separate underlies all of cell biology for organisms with a cell nucleus," the author says. "When you slice a cell, it's made of myriad compartments, each separated by a membrane. For cells to work, there needs to be a constant process of fission and fusion involving fusion pores."

In neurological disease, "the release of neurotransmitters can be an important factor," the senior author adds. "If there is too little, we might be able to design a drug to affect the machinery. Or do the opposite if there is too much release. That's the ultimate point of this basic research - to find ways to make life better for people in need."