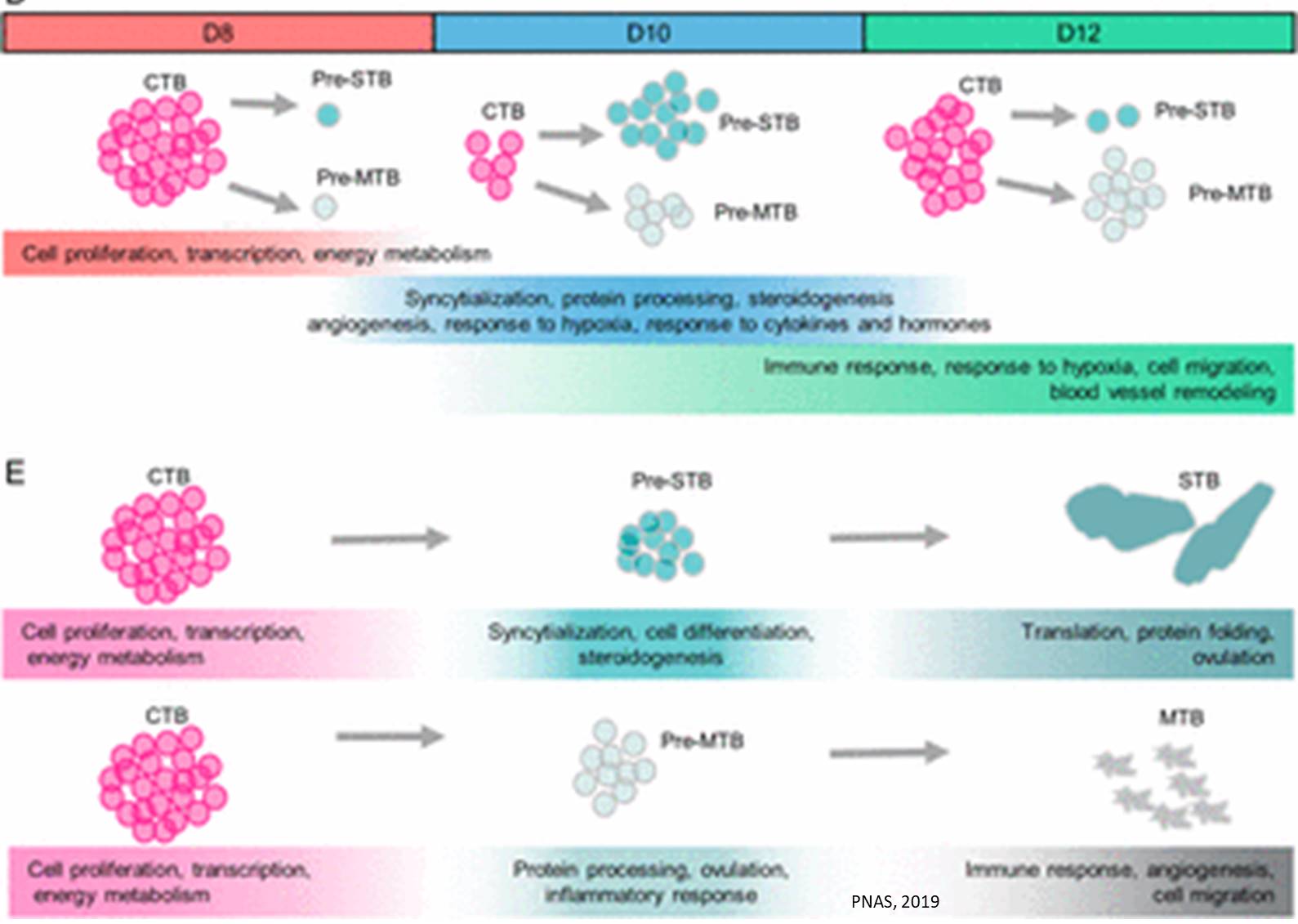 Many pregnancies fail early in human embryo development, before or during implantation. Relatively little is known about the molecular and cellular mechanisms underlying placenta formation and implantation of the embryo into the uterine wall.

Researchers performed single-cell RNA sequencing of human trophoblast (TB) cells that make up the early placenta on days 8, 10, and 12 after fertilization—a time corresponding to the first 5 days after the embryo begins to implant into the uterine wall.

In addition, the MTB cells expressed genes associated with interferon signaling, which has a well-known role in defending against pathogens and may affect embryo survival.

According to the authors, the findings illustrate how the molecular cross-talk between mother and early placental cells determines pregnancy success and reveals mechanisms that facilitate human implantation. Preventing hacking of the medical devices inserted in the body