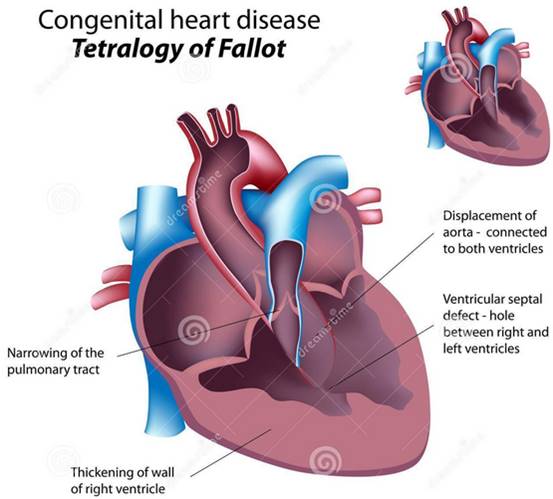 Pregnant women with elevated blood-sugar levels are more likely to have babies with congenital heart defects, even if their blood sugar is below the cutoff for diabetes, according to a new study published in JAMA Pediatrics.

Pregnancy normally involves metabolic changes that make blood sugar -- glucose -- more available to the fetus than to the mother, an important adaptation for ensuring that the fetus gets enough nourishment. However, in some women, especially those who are obese or who have a family history of diabetes, these changes progress too far, to the point that the mother develops gestational diabetes.

In the new study, the researchers examined blood samples taken from 277 California women during the second trimester of pregnancy. The control group comprised 180 women carrying infants without congenital heart disease. The others had infants affected by one of two serious heart defects. Fifty-five infants had tetralogy of Fallot, which is characterized by structural problems in the heart and in the blood vessels that connect the heart to the lungs; it is the most common of the heart defects that cause blue baby syndrome, in which a baby is getting too little oxygen. The remaining 42 infants had dextrotransposition of the great arteries, in which the positions of the two main arteries leading from the heart are swapped, preventing oxygenated blood from the lungs from circulating to the body.

The scientists used a mathematical model that accounted for both glucose and insulin levels, and was adjusted for the woman's age and ethnicity and whether she had diabetes. In the model, higher glucose levels were correlated with the odds of having a baby with tetralogy of Fallot, but not with dextrotransposition of the great arteries. In the model, however, the relationship with insulin levels was not significant for either birth defect.