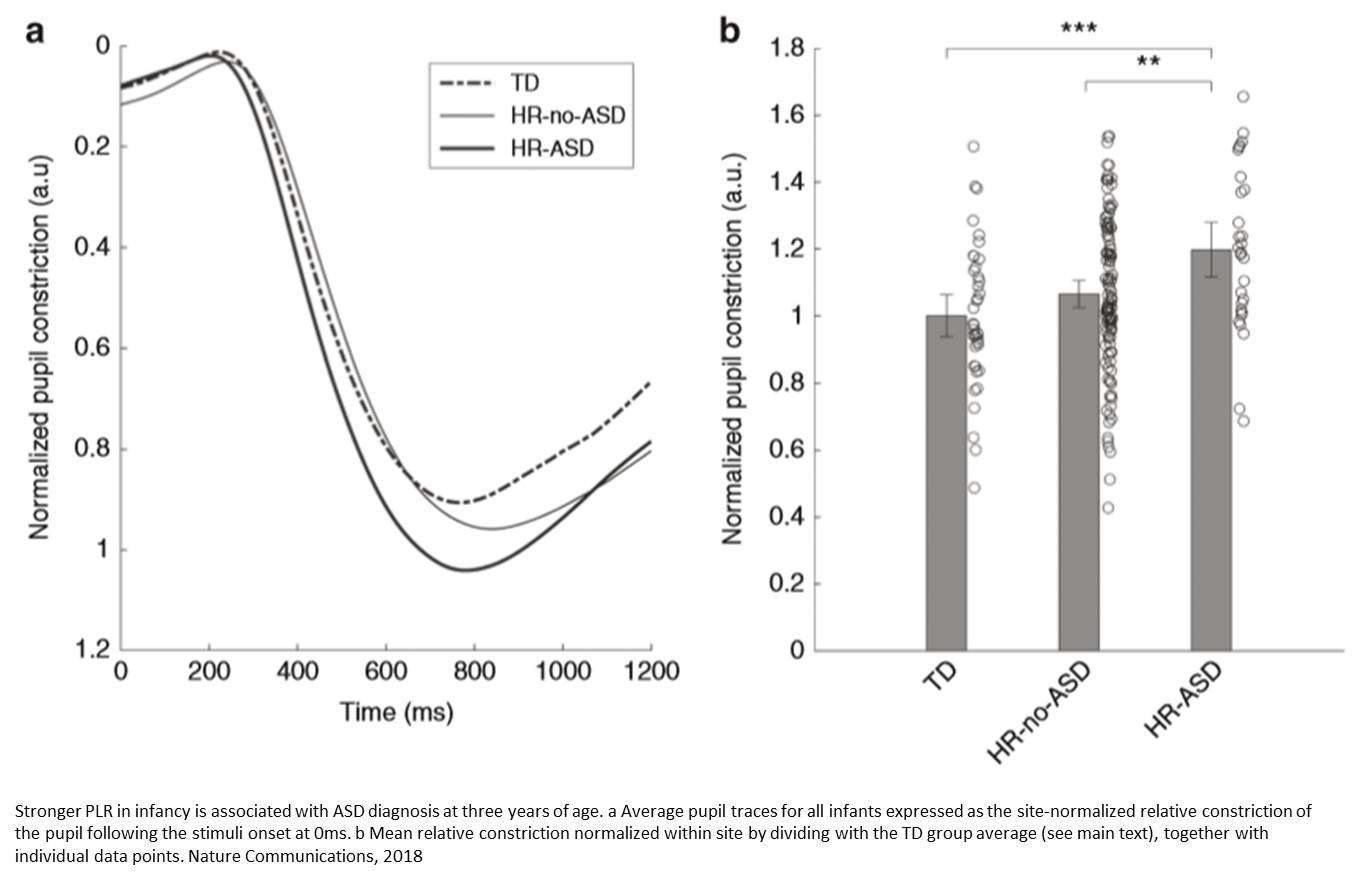 A new study published in Nature Communications shows that infants who are later diagnosed with autism react more strongly to sudden changes in light. This finding provides support for the view that sensory processing plays an important role in the development of the disorder.

Despite being defined by symptoms in social communication, researchers are increasingly embracing the view that the earliest signs of autism may reside in more basic processes of brain development. Also, in the latest edition of the diagnostic manual used to diagnose the condition in many countries, sensory symptoms have been included as defining features.

In the new study, the researchers investigated the pupillary light reflex in 9-to-10 month old infants - this reflex is a basic regulatory mechanism controlling the amount of light that reaches the retina. The infants who fulfilled criteria for autism at three years of age constricted their pupils more than infants who did not fulfill autism criteria at follow up. Further, the amount of pupil restriction in infancy was associated with the strength of autism symptoms at follow up.

"Earlier studies on older children with autism has suggested a weak pupillary light reflex in this group. These findings motivated us to assess the reflex in infant siblings of children with autism. Most of these infants develop typically, yet the probability of later being diagnosed with autism is considerably higher in this group than in the general population. Surprisingly, we found that in infancy, the group differences were in the opposite direction than in older children: We found stronger reflexes in the infants later diagnosed with autism than in controls" says Principal Investigator for the study.

"We believe the findings are important because they point to a very basic function that has not been studied before in infants with later autism diagnosis."

The participants in the current experiment were 9-10-months old when their pupillary light reflexes were examined and were followed until three years, when the diagnostic evaluation was conducted. In total, 147 infants with an older sibling with autism took part in the study, of whom 29 met criteria for autism at follow-up. The study also included a control group consisting of 40 infants from the general population.

"Currently, autism cannot be reliably diagnosed before 2-3 years of age, but we hope that with more knowledge about the early development of the condition, reliable diagnosis will be possible earlier, which should facilitate early access to intervention and support for the families. New knowledge about early development in autism may also provide new leads on strategies for early intervention" senior author says. "Yet, the results in this study demonstrated significant group differences only, and it is too early to say whether the method can facilitate early detection in a clinical context."

Can we reverse the effects of age related memory loss?

GnRH therapy improves cognition in patients with Down syndrome