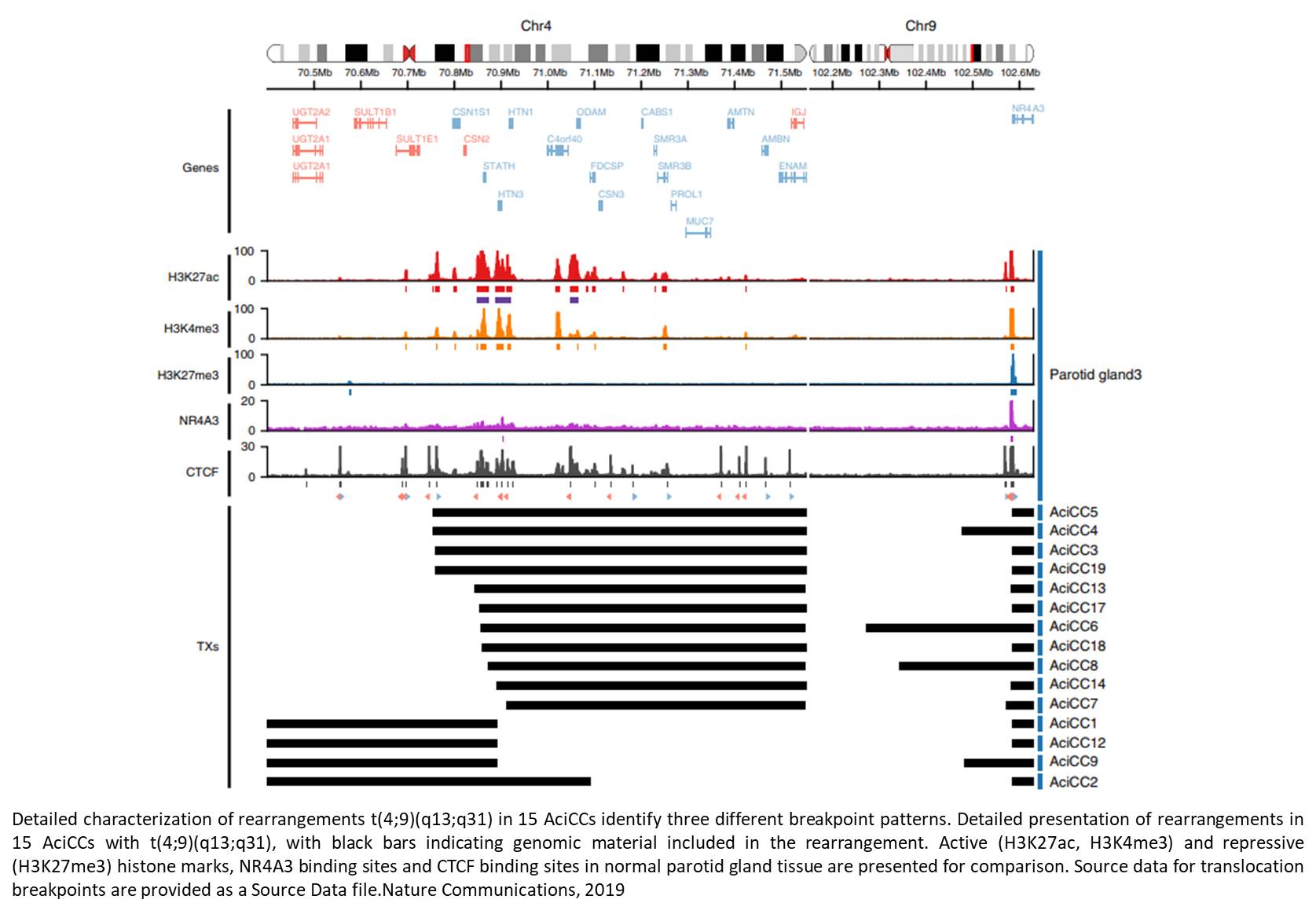 Acinic cell carcinoma (AciCC) is the third most common malignant form of salivary gland cancer. These tumors are similar to normal salivary gland tissue and occur most frequently in the parotid gland. Until now, the molecular causes for the illness were unknown. Researchers have now been able to shed light on them.

Using genome sequencing on tumor tissue, the researchers identified a translocation of genetic material between chromosomes 4 and 9, which was present in all acinic cell carcinomas examined. Typically, such translocations in tumours lead to a new combination of genes, which then acquire new oncogenic, i.e. carcinogenic, properties. In the case of acinic cell carcinomas, the translocation which has now been discovered causes regulatory elements of DNA to be transferred from an active chromosome region to a normally inactive oncogene.

NR4A3 acts as a transcriptional factor to regulate the activity of a number of other genes, which then trigger cell division and growth, leading ultimately to the tumor starting to grow. Researchers were able to prove this mechanism by carrying out molecular testing on tumour tissue and functional analyses of cell culture models specially prepared for this purpose.

Authors show that NR4A3 is specifically upregulated in AciCCs, and that active chromatin regions and gene expression signatures in AciCCs are highly correlated with the NR4A3 transcription factor binding motif. Overexpression of NR4A3 in mouse salivary gland cells increases expression of known NR4A3 target genes and has a stimulatory functional effect on cell proliferation.

'Our research means that we can now diagnose acinic cell carcinomas in the salivary glands more easily and understand the fundamental biological processes behind tumor growth. In the long-term, we hope that we will also be able to develop new ways of treating patients on the basis of this new research,' explains the senior author. Similar genetic rearrangements of regulatory elements of DNA as a potential cause of malignant tumors have also recently been observed in brain tumours in children, referred to in this context as 'enhancer hijacking'.