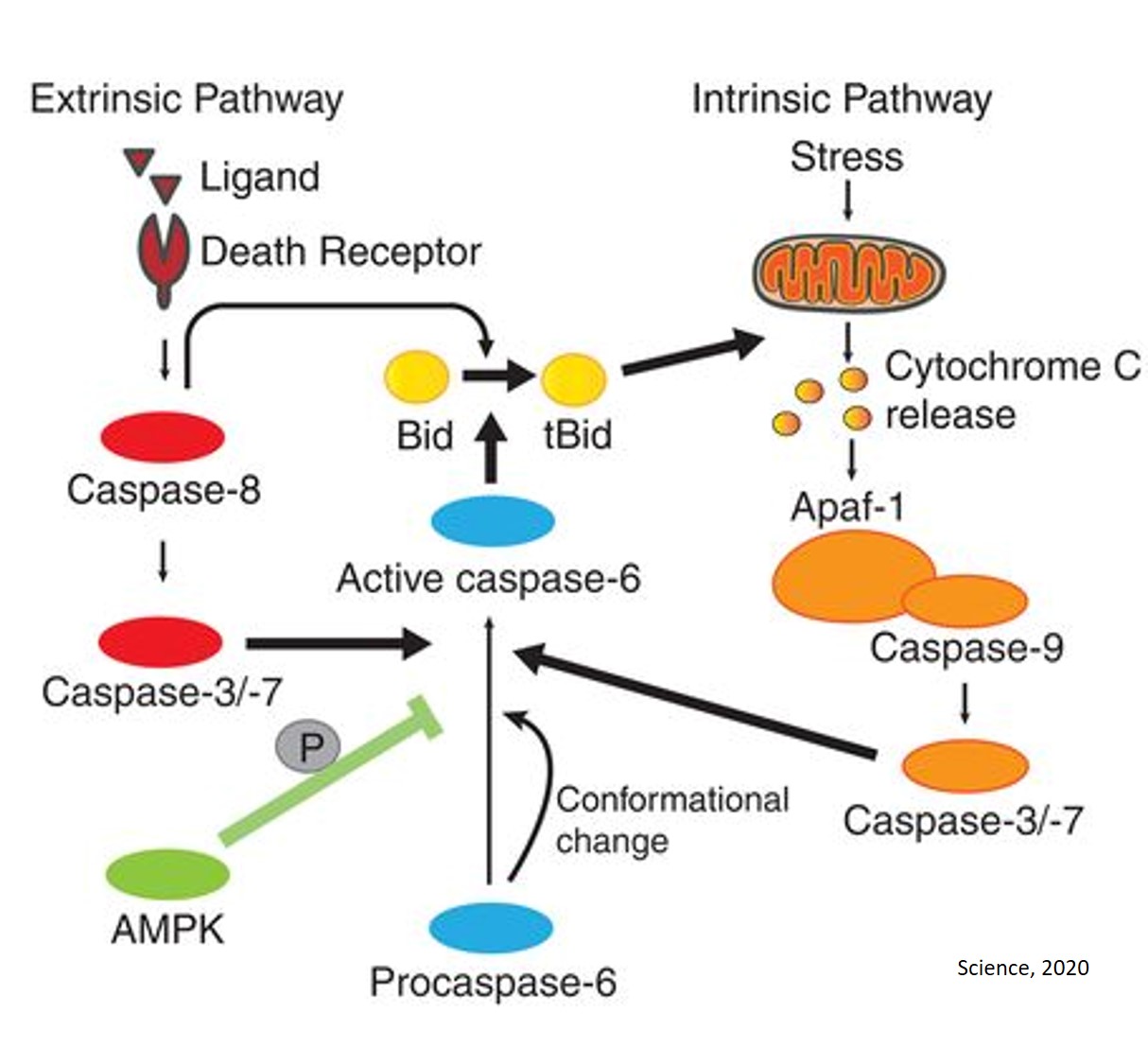 As much as 12 percent of adults in the United States are living with nonalcoholic steatohepatitis (NASH), an aggressive condition that can lead to cirrhosis or liver cancer. After identifying a molecular pathway that allows NASH to progress into liver cell death, researchers were able to halt further liver damage in mouse models with NASH.

"We know that fatty liver causes inflammation and scarring in the organ and that it progresses to cirrhosis, liver cancer and liver failure," said senior author. "What has never been clear is the trigger that allows the transition from chronic inflammation to cell death. We now see that there is a linear progression to liver failure and we found a way to stop it in mice."

The switch, report researchers in Science, comes from the suppression of the enzyme AMPK, one of the master regulators of energy expenditure, and the increase in activity of caspase-6, an enzyme involved in apoptosis or programmed cell death.

When AMPK activity is low, a cell's ability to burn calories decreases, resulting in fat storage. The team fed mice a high-fat diet and turned AMPK off, expecting that their fatty liver condition would worsen, but it did not. However, progression to NASH and liver failure did.

"We were surprised to see that manipulating AMPK did not dramatically regulate metabolism as we presumed it would, but rather it seemed to be regulating something in transition from fatty liver to NASH and from NASH to hepatocellular cell death," said the author. "In this case, AMPK acted as a sensor, keeping cell death in check. When AMPK activity was lost, cell death proceeded unchecked. It turns out that AMPK blocks activity of caspase-6, so when AMPK activity drops, caspase-6 is unleashed, acting as a death signal for liver cells."

Armed with this new understanding of the roles of AMPK and caspase-6, the team applied an AMPK activator, decreasing caspase-6 activity. While this action did not halt fatty liver, it did stop progression from fatty liver to NASH and subsequent liver cell death. The same result occurred when the team used a caspase-6 inhibitor.

"Caspase-6 was elevated in both mouse models and in samples from human patients who have NASH," said the author. "Our study identifies two possible targets for putting the brakes on further liver damage. Both AMPK activators and caspase-6 inhibitors prevented the molecular pathway leading to sustained liver cell death."
The team is now developing caspase-6 inhibitors for further testing.