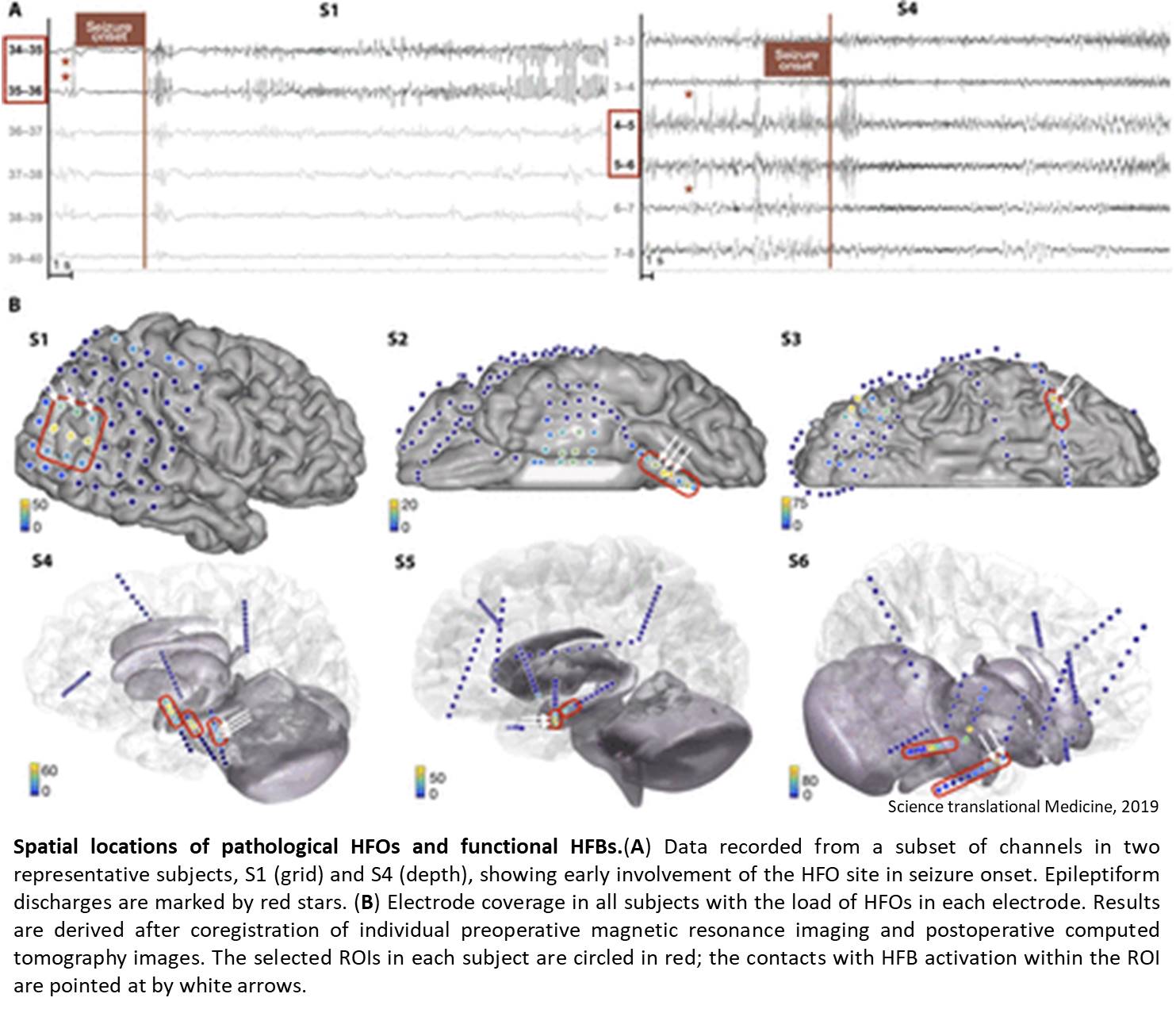 A study may help explain why even people benefiting from medications for their epilepsy often continue to experience bouts of difficulty thinking, perceiving and remembering clearly.

The cause is a pathological buzz of electrical brain activity that interferes with the brain's normal activity. The researchers said that certain medications or implantable devices could be improved to alleviate these cognitive deficits. A paper describing the findings is  published in Science Translational Medicine.

The electrical interference has important behavioral consequences. To examine them, the researchers tested the ability of six patients, who had sensors implanted in their brains, to solve certain kinds of problems during periods when a buzz of electrical activity was colliding with their brains' normal responses.

This pathological buzz, called a high-frequency oscillation, or HFO, is associated with the onset of epileptic seizures. HFOs can be undetectable to the naked eye -- even the trained eye of a neurologist, said the senior author.

HFOs can occur multiple times a minute in seizure-prone tissue, even in the brains of people whose epileptic seizures are well-controlled by medications, the senior author said. The study indicates that even in a successfully treated patient, the brain circuitry prone to abnormal electrical activity is unable to do its job much of the time.

In the study, if an HFO occurred within several hundred milliseconds before a seizure-prone brain region began processing information, it lowered the accuracy of participants' ability to perform simple cognitive tasks. It also slowed their response times, and they reported less confidence in the accuracy of their responses.

The researchers showed that this happens because HFOs within that period interfere with high-frequency broadband events, or HFBs, which are healthy. HFBs are associated with a brain circuit beginning to do something it's supposed to, such as processing visual information or recalling a previous experience.

An HFO can knock out healthy brain activity for as long as a full second or so, the researchers showed.

"A cognitive demand on a brain circuit that's just experienced an HFO is like the doorbell ringing when you've just been punched in the nose and you're still seeing stars," the author said. "You might not even hear that doorbell, and you're certainly not about to go answer it."

Often likened to an electrical storm in the brain, epilepsy affects about 1% of the population. Medications benefit about two-thirds of people diagnosed with the disease. Implantable devices that deliver electrical pulses to the brain can sometimes succeed where medications fail. For patients with intractable seizures, surgery to excise the affected tissue is an option.

In the study, the authors worked with six adult patients with intractable seizures who were being evaluated at Stanford Health Care as a prelude to possible surgery. To help pinpoint the origin of their seizures, electrodes had been implanted in their brains.

While these six patients, who had agreed to be studied, were at rest, they experienced several HFOs per minute, although they weren't experiencing visible seizures, the study said.

To elicit healthy HFBs in the participants' seizure-prone tissue, the researchers gave them visual or memory tasks. Armed with data recorded by the electrodes, the experimenters used machine-learning techniques to train a computer to accurately and reliably distinguish HFOs and HFBs.

In all six patients, if a spontaneous HFO occurred within about one second before a task-elicited HFB should have arisen, it disrupted, delayed, diminished and often totally extinguished the HFB. Behavioral tests in the subset of patients whose memory was affected showed poorer recall, longer response times and reduced confidence in answering memory-evoking questions when this happened.

Another important conclusion of this study is that the epileptic tissue's performance was normal outside the window of HFOs. "This should change the way we think about epilepsy," the author said. "For too long, the general impression has been that patients with epilepsy have 'sick brains' and that the best remedy for their 'sick tissue' is to take it out. But this study teaches us that for the majority of the time when seizure-prone brain tissue isn't experiencing HFOs, it's working just as well as the surrounding electrically stable brain tissue -- at least in the patients we studied, who had no obvious structural brain abnormalities."

Neurosurgeons helping patients decide whether to undergo surgical removal of epileptic brain tissue to eliminate seizures or reduce their frequency may want to consider how much of the time the tissue in question is functional, the author said. If spontaneous HFO rates in the tissue are relatively low, that tissue still retains a lot of cognitive processing ability.

"Maybe you don't want to throw out the baby with the bathwater," the author said.

In principle, an implantable device positioned in a patients' brain could distinguish between the two types of electrical activity and disrupt HFOs with a burst of electrical pulses while sparing HFBs, the author said.