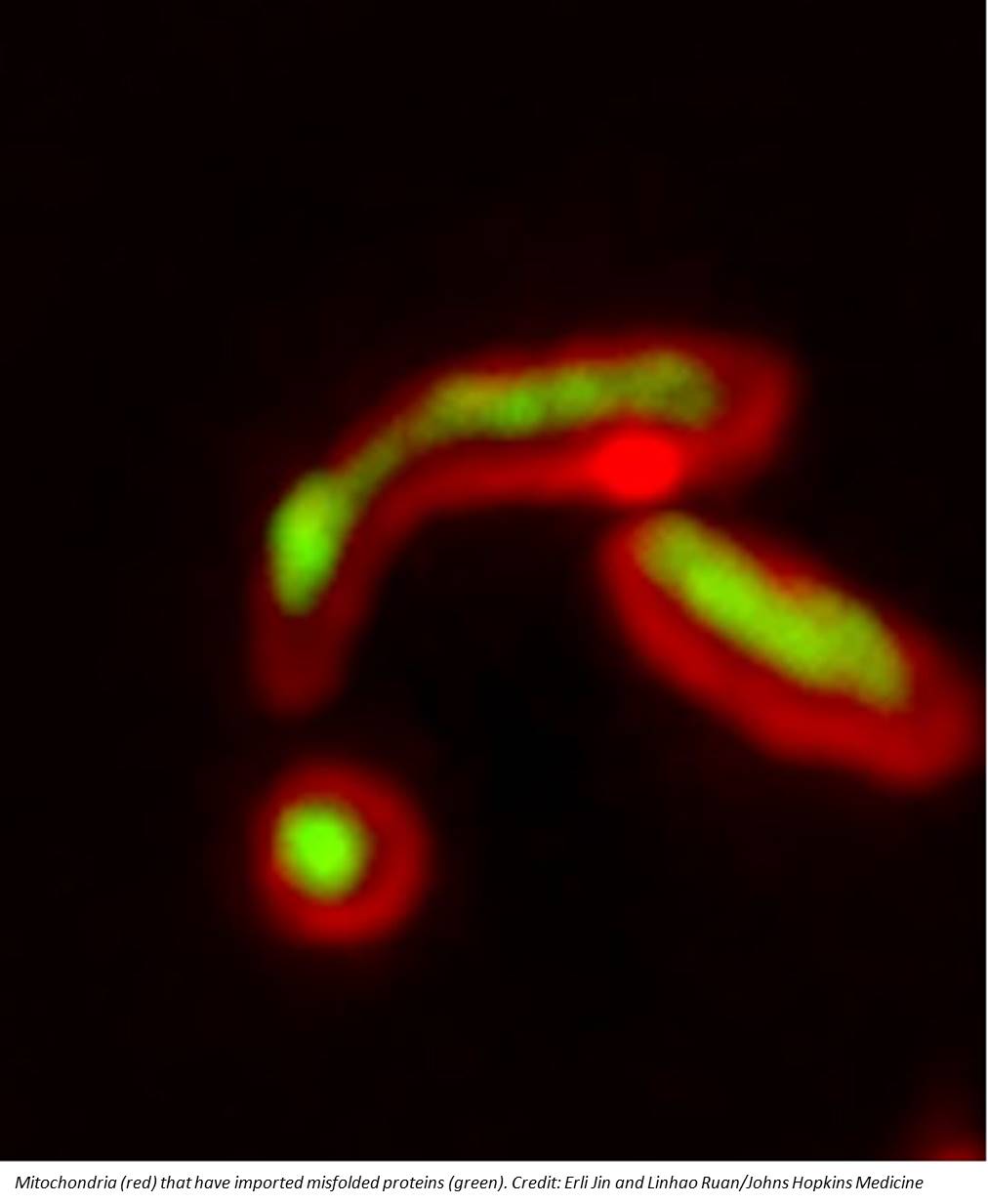 Working with yeast and human cells, researchers say they have discovered an unexpected route for cells to eliminate protein clumps that may sometimes be the molecular equivalent of throwing too much or the wrong trash into the garbage disposal. Their finding, they say, could help explain part of what goes awry in the progression of such neurodegenerative diseases as Parkinson's and Alzheimer's.

Proteins in the cell that are damaged or folded incorrectly tend to form clumps or aggregates, which have been thought to dissolve gradually in a cell's cytoplasm or nucleus thanks to an enzyme complex called the proteasome, or in a digestive organelle called the lysosome.

But in experiments on yeast, which has many structures similar to those in human cells, scientists unexpectedly found that many of those protein clumps break down in the cell's energy-producing powerhouses, called mitochondria. They also found that too many misfolded proteins can clog up and damage this vital structure.

The team's findings, described in Nature, could help explain why protein clumping and mitochondrial deterioration are both hallmarks of neurodegenerative diseases.

\The professor who led the study likens the disposal system to the interplay between a household's trash and a garbage disposal in the kitchen sink. The disposal is handy and helps keep the house free of food scraps, but the danger is that with too much trash, especially tough-to-grind garbage, the system could get clogged up or break down.

In a previous study, they found protein aggregates, which form abundantly under stressful conditions, such as intense heat, stuck to the outer surface of mitochondria. In this study, they found the aggregates bind to proteins that form the pores mitochondria normally use to import proteins needed to build this organelle. If these pores are damaged by mutations, then aggregates cannot be dissolved, the researchers report.

To see what might happen in a diseased system, the team then put into yeast cells a protein implicated in the neurodegenerative disease known as amyotrophic lateral sclerosis (ALS), or Lou Gehrig's disease. After a heat treatment that caused the ALS protein to misfold, it also wound up in the mitochondria. The researchers then did an experiment in which a lot of proteins in the cytoplasm were made to misfold and found that when too much of these proteins entered mitochondria, they started to break down.

The team wanted to make sure that the phenomenon it had observed in the yeast cells could also happen in human cells, so the scientists used the same split-fluorescent protein method to observe misfolded proteins to enter the mitochondria of lab-grown human retinal pigmented epithelial cells. As observed in yeast, misfolded proteins, but not those that were properly folded, entered and lit up mitochondria.

Biological systems are in general quite robust, but there are also some Achilles' heels that may be disease prone, senior author says, and relying on the mitochondrial system to help with cleanup may be one such example. While young and healthy mitochondria may be fully up to the task, aged mitochondria or those overwhelmed by too much cleanup in troubled cells may suffer damage, which could then impair many of their other vital functions.