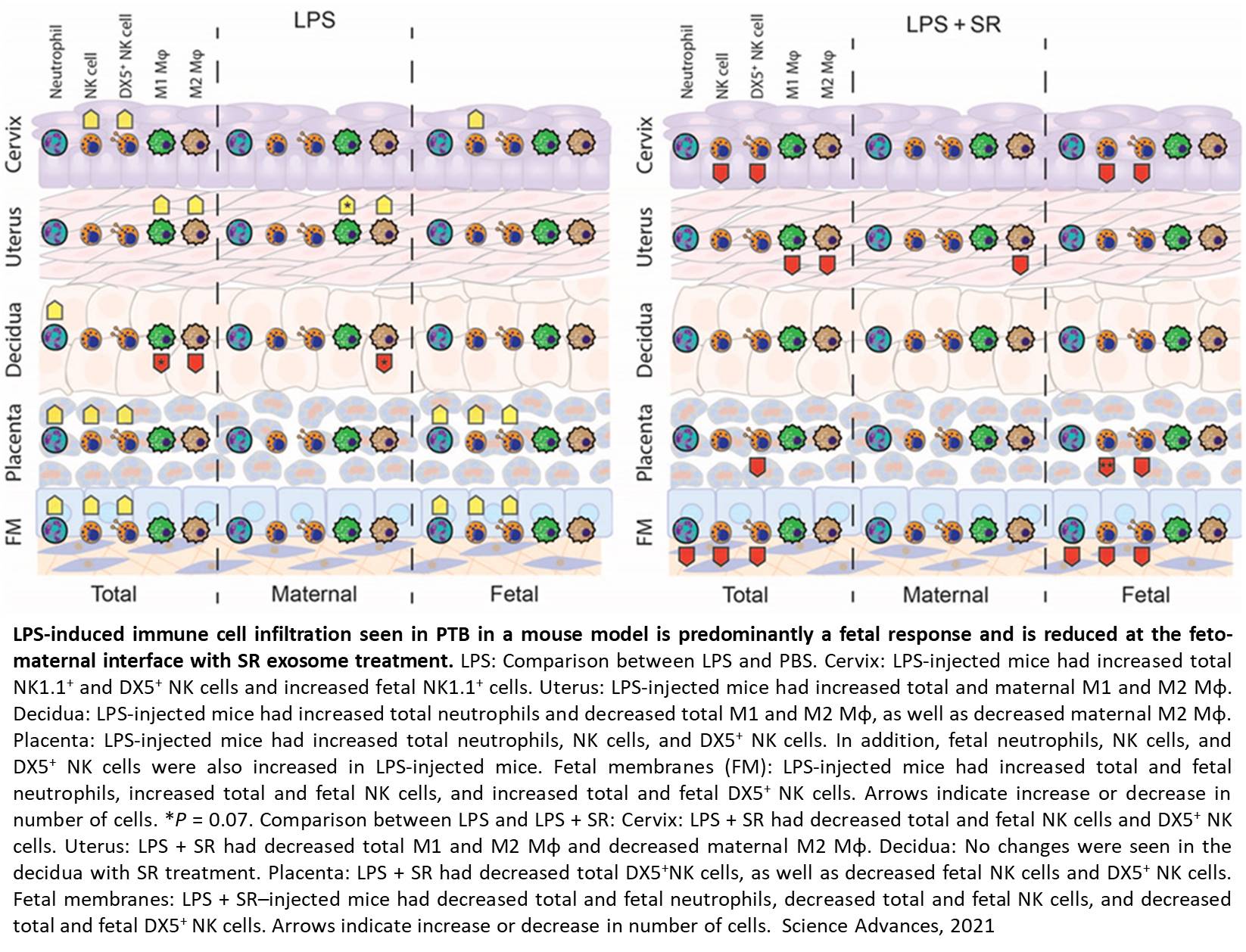 The results of a study by researchers may pave the way for a new medicine delivery system that could reduce the incidence of pre-term labor and premature birth by allowing physicians to treat the 'fetus as the patient'. The study has been published in Science Advances.

It has long been suspected that pre-term labor is triggered by inflammation caused by a sick fetus. A new study by scientists has proved the hypothesis by studying several important assumptions about the relationship between the health of a mother and her unborn child.

"Exosomes are natural nanoparticles or vesicles in our bodies, and we have trillions of them circulating through us at all times. By packaging the medicine inside a bioengineered exosome and injecting it into the mother intravenously, the exosomes travel through the blood system, cross the placental barrier and arrive in the fetus, where they deliver the medicine," explains the senior author.

In laboratory tests with mice, there were several steps prior to testing the drug delivery. First, the author said it was important to prove that fetal cells, specifically immune cells, actually migrated through the mother's body to her uterine tissues as well as to her, which can cause inflammation, the leading cause of pre-term labor.

To prove migration of cells, female mice were mated with male mice who had been genetically engineered with a red fluorescent dye called tdtomato. The dye causes cells in the male to turn red, so once mating has occurred, cells in the developing fetus also turn red and can easily be tracked as they migrate through the mother. Development of this model by the first author that determined fetal immune cells reaching maternal tissues was also a turning point in this research.

Once scientists had proof of cell migration, they next used the mouse model to determine if bioengineered exosomes could deliver a special anti-inflammatory medicine, an inhibitor of NF-kB, called super repressor (SR) IkB from the mother's bloodstream to the fetus.

The exosomes were created using an innovative approach developed by ILIAS Biologics, Inc. called EXPLOR®, or Exosomes engineering for Protein Loading via Optically Reversible protein to protein interaction. The study proved that the exosomes effectively delivered medicine to the fetus, slowed the migration of fetal immune cells, and delayed pre-term labor.

"Pre-term birth rates have not reduced in the past few decades, and this technology (the bioengineered exosomes) could lead the way to other treatments for the delivery of drugs to treat the underlying cause of inflammation in a fetus," said the author. This technology can also be used to package other drugs in exosomes to treat other adverse pregnancy complications.