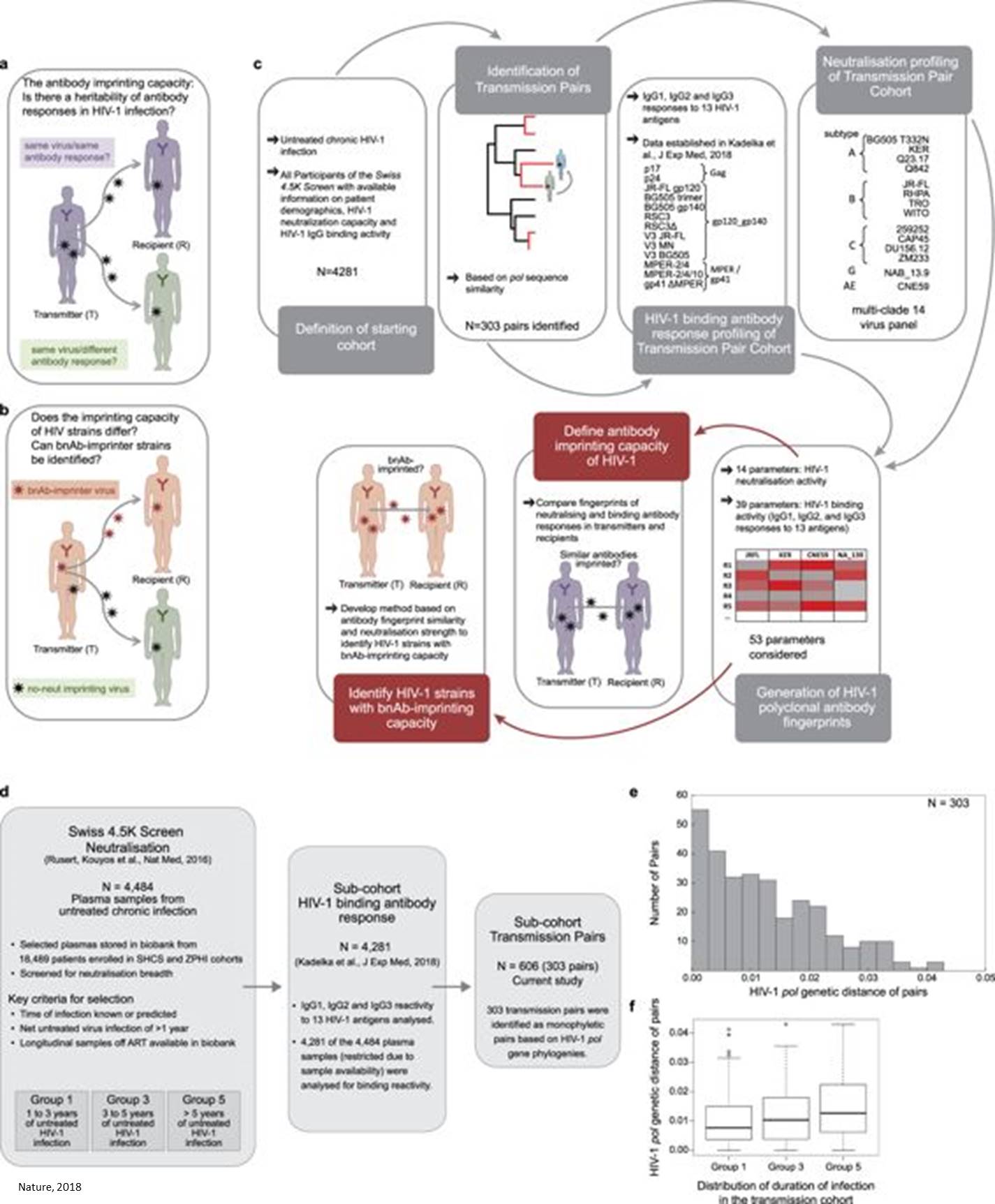 A small number of people who are infected with HIV-1 produce very special antibodies. These antibodies do not just fight one virus strain, but neutralize almost all known virus strains. Research into developing an HIV vaccine focuses on discovering the factors responsible for the production of such antibodies.

A research team has been searching for these factors for years. Several have already been identified: For example, the virus load and the diversity of the viruses, the duration of the infection, and the ethnicity of the affected person can all influence the body's immune response. "In our new study, we were able to identify another factor: The genome of the HI virus," says the senior author.

The starting point for the researchers was the data and biobanked blood samples of around 4,500 HIV-infected people, recorded in the Swiss HIV Cohort Study and the Zurich Primary HIV Infection Study. In total the researchers found 303 potential transmission pairs - i.e. pairs of patients for whom the similarity of the viruses' genomic RNA indicated that they were probably infected with the same virus strain. "By comparing the immune response of these pairs of patients, we were able to show that the HI virus itself has an influence on the extent and specificity of the antibody reactions," explains the study's first author.

Antibodies acting against HIV bind to proteins found on the surface of the virus. These envelope proteins differ according to virus strain and subtype. The researchers therefore examined more closely a patient pair with very similar virus genomes and at the same time very strong activity of broadly neutralizing antibodies. "We discovered that there must be a special envelope protein that causes an efficient defense," explains another author.

In order to be able to develop an effective vaccine against HIV-1, it is necessary to pinpoint the envelope proteins and virus strains that lead to the formation of broadly acting antibodies. It is therefore planned to widen the search. "We have found one candidate. Based on that, we now want to begin developing an immunogen ourselves," adds the author.