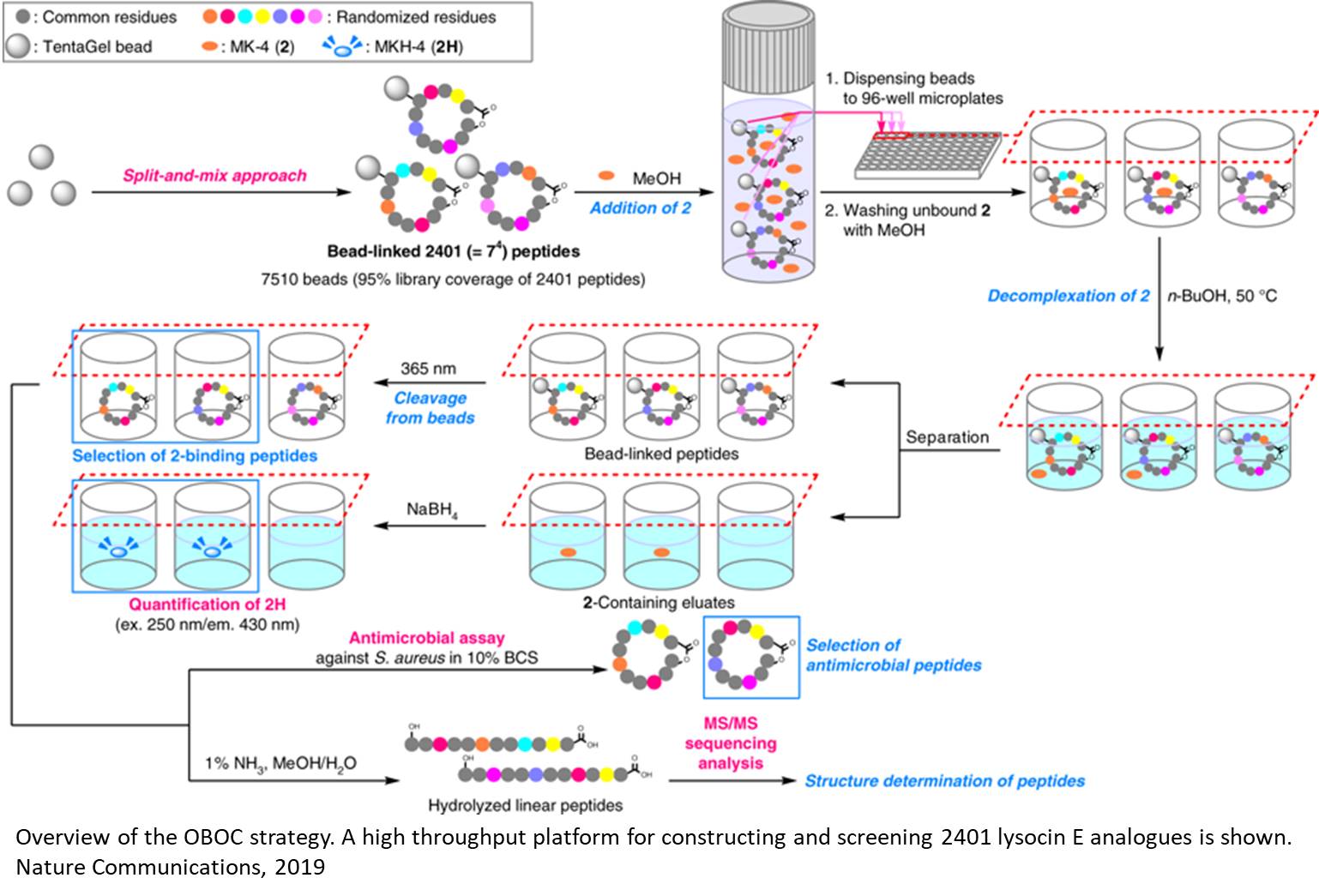 In laboratory tests, three of the synthetic molecules that the researchers built are four times more effective at killing bacteria than their natural predecessor, which is itself already an order of magnitude more potent than the current drug used against MRSA, vancomycin.

"Our technique is fast because we can build thousands of new molecules in a single synthesis," said the senior author.

Researchers first identified the promising new natural antibiotic from a soil sample collected in the subtropical island of Okinawa in southwestern Japan. The antibiotic, called lysocin E, has a unique mechanism of killing bacteria compared to the currently available classes of antibiotics. Even MRSA would be defenseless against it.

Lysocin E has a complex chemical structure that resembles a tambourine: a large ring with 12 short side chains.

The protein building blocks, called amino acids, which form those chains, each contribute to the overall function of the entire molecule. Swapping the naturally occurring amino acids for different ones could enhance the function of the antibiotic.

"We try to find the improvements that natural selection did not make yet," said the author.

"Very few researchers have done this before because many naturally occurring molecules have relatively large and complex structures. This makes them difficult to build synthetically," explained the author. The technique is known as one-bead-one-compound library strategy or split-and-mix synthesis.

Once all 2,401 modified lysocin E were built, researchers tested if they retained the natural version's unique method of killing bacteria. Researchers then removed the molecules from the beads and identified their chemical structures.

Only 22 modified lysocin E were selected for the final round of tests to measure how effective they were at killing six common bacteria in tiny test tubes. Of those, 11 modified lysocin E showed antimicrobial activity better or equal to the original lysocin E.

Researchers will study the three most potent modified lysocin E - defined by the very small amount of drug effective at killing bacteria - to verify their effectiveness at treating infections in nonhuman animal models and to understand the detailed mechanism of how they kill bacteria at such low doses.

"Potentially, our method could be used to find other drug candidates based on promising small protein natural products, including for anti-cancer or anti-virus," said the author.

Researchers are confident that their method of synthetically enhancing natural products can increase the speed of early-stage drug discovery, and help maximize the potential of naturally occurring complex molecules.