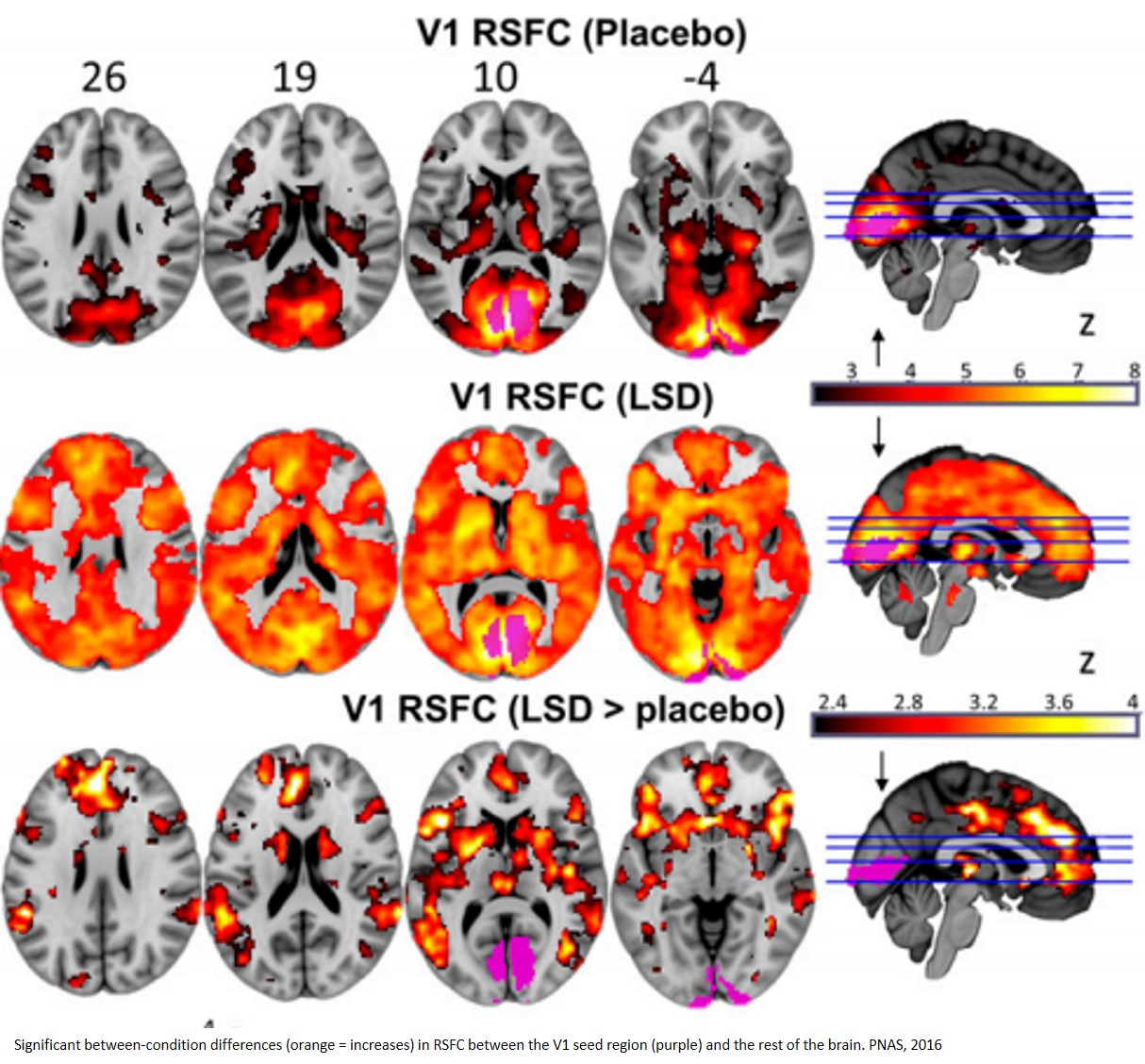 In a series of experiments, scientists have gained a glimpse into how the psychedelic compound affects brain activity. The team administered LSD (Lysergic acid diethylamide) to 20 healthy volunteers in a specialist research centre and used various leading-edge and complementary brain scanning techniques to visualise how LSD alters the way the brain works.

The findings, published in Proceedings of the National Academy of Sciences (PNAS), reveal what happens in the brain when people experience the complex visual hallucinations that are often associated with LSD state. They also shed light on the brain changes that underlie the profound altered state of consciousness the drug can produce.

A major finding of the research is the discovery of what happens in the brain when people experience complex dreamlike hallucinations under LSD. Under normal conditions, information from our eyes is processed in a part of the brain at the back of the head called the visual cortex. However, when the volunteers took LSD, many additional brain areas - not just the visual cortex - contributed to visual processing.

The lead researcher, explained: "We observed brain changes under LSD that suggested our volunteers were 'seeing with their eyes shut' - albeit they were seeing things from their imagination rather than from the outside world. We saw that many more areas of the brain than normal were contributing to visual processing under LSD - even though the volunteers' eyes were closed. Furthermore, the size of this effect correlated with volunteers' ratings of complex, dreamlike visions. "

The study also revealed what happens in the brain when people report a fundamental change in the quality of their consciousness under LSD.

In addition to these findings, research from the same group revealed that listening to music while taking LSD triggered interesting changes in brain signalling that were associated with eyes-closed visions.

In a study published in the journal European Neuropsychopharmacology, the researchers found altered visual cortex activity under the drug, and that the combination of LSD and music caused this region to receive more information from an area of the brain called the parahippocampus. The parahippocampus is involved in mental imagery and personal memory, and the more it communicated with the visual cortex, the more people reported experiencing complex visions, such as seeing scenes from their lives.

The lead author of the music paper, said: "This is the first time we have witnessed the interaction of a psychedelic compound and music with the brain's biology.