Fixing cystic fibrosis in organoids from patients with CRISPR 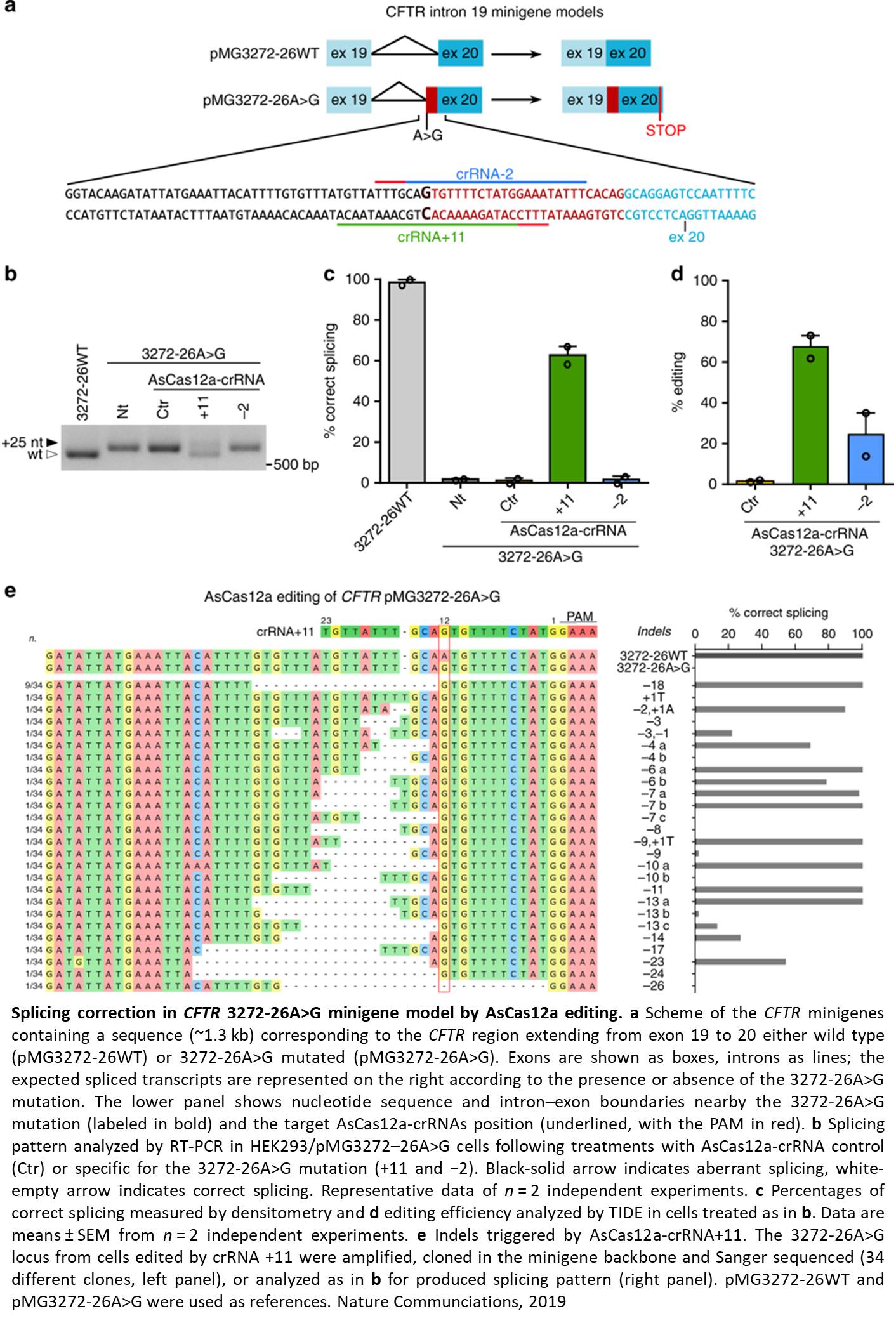 The approach adopted by a team of researchers opens new perspectives in the treatment of cystic fibrosis, a genetic disease for which no cure is currently available. The study was published in Nature Communications.

The disease is caused by a mutation of the gene that produces Cftr (the cystic fibrosis transmembrane conductance regulator), whose malfunctioning affects multiple organs, especially the lungs. The research team adapted the Crispr-Cas system, the molecular scissors that are revolutionising biomedicine, to permanently edit at least two types of the mutation that cause cystic fibrosis. In particular, the technique is called "SpliceFix" because it fixes the gene and restores the protein production mechanism at the same time.

The first author of the article, explained: "We have devised a genome editing strategy based on Crispr-Cas to permanently remove two different mutations that cause the disease. Crispr-Cas works like a genomic scalpel to cut out the mutated elements with extreme accuracy. We demonstrated that our repair strategy works on patient-derived organoids and with a high level of precision: it targets only the mutated sequences, leaving non-mutated DNA untouched".

The researcher underlines a novel aspect of the study: "Instead of animal models, we have used organoids that we developed from the patients' cells, a choice that allowed us to verify the efficacy of the molecular strategy in a context that is very similar to that of the patients with cystic fibrosis".

Cystic fibrosis is also called the invisible disease because it doesn't show on the outside, and yet it takes a huge toll on the lives of the people it affects. Most of all, they have lung and digestive problems. The disease is inherited from parents. In Italy, about one in 25 people is a carrier. This means that a couple of carriers has one chance in four to have a child with the disease. There are about 6,000 people with cystic fibrosis in Italy, and 200 new cases every year. Device could speed diagnosis of infections