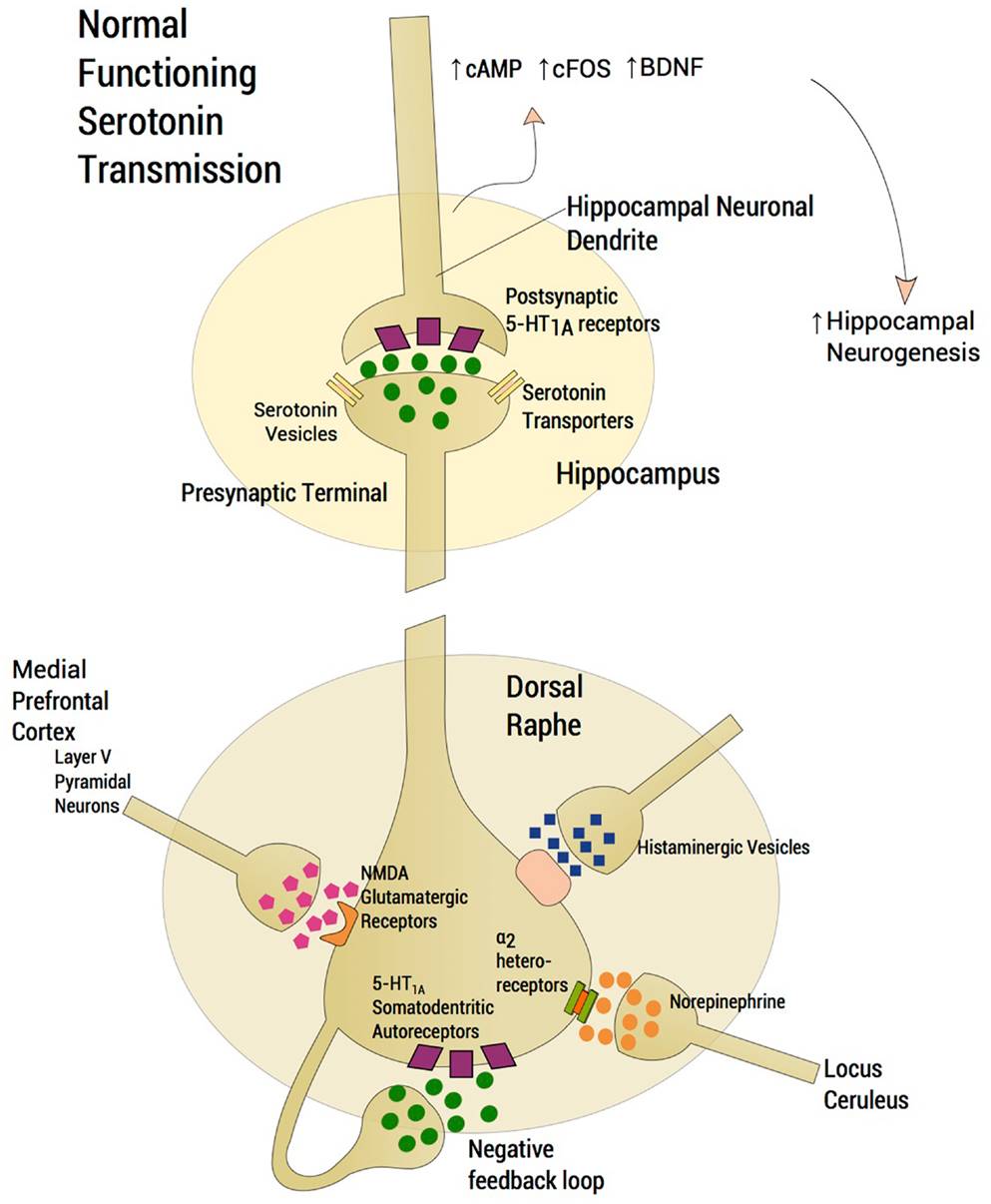 Known for its role in relieving depression, the neurochemical serotonin may also help the brain execute instantaneous, appropriate behaviors in emergency situations, according to a new study published in Science.

"This switch really surprised us," said senior author. "It was our first clue that something really strange might be going on in the brain in emergency situations."

In emergency fight-or-flight situations, behavioral choices are different from the decisions an animal might make in less-critical situations. For example, if a mouse sits in the middle of an exposed field and a hawk spies it for food, the mouse may see the hawk start to swoop in and the mouse's survival instinct tells it to run. The escape response is appropriate, the senior author said.

"But if the hawk is flying overhead and it hasn't seen the mouse, but the mouse has seen the hawk, it is appropriate for the mouse to freeze in place to avoid being detected," the senior author said. "In this situation, freezing in place is a better decision than attempting to flee, because the odds of survival are higher."

Thus, stimulating serotonin neurons is probably promoting the context-appropriate response. "It may cause animals to react to their environment, to do what's appropriate in light of the current situation," the author said.

Like a global command center, serotonin sends signals all over the brain, the author said. Fully understanding how this system prompts different behaviors in different environments may shed light on the role of other systems in the brain.

Said the senior author: "Considering the widespread distribution of serotonin neurons throughout the brain, this finding raises the possibility that the 'emergency brain' operates in a fundamentally different way."