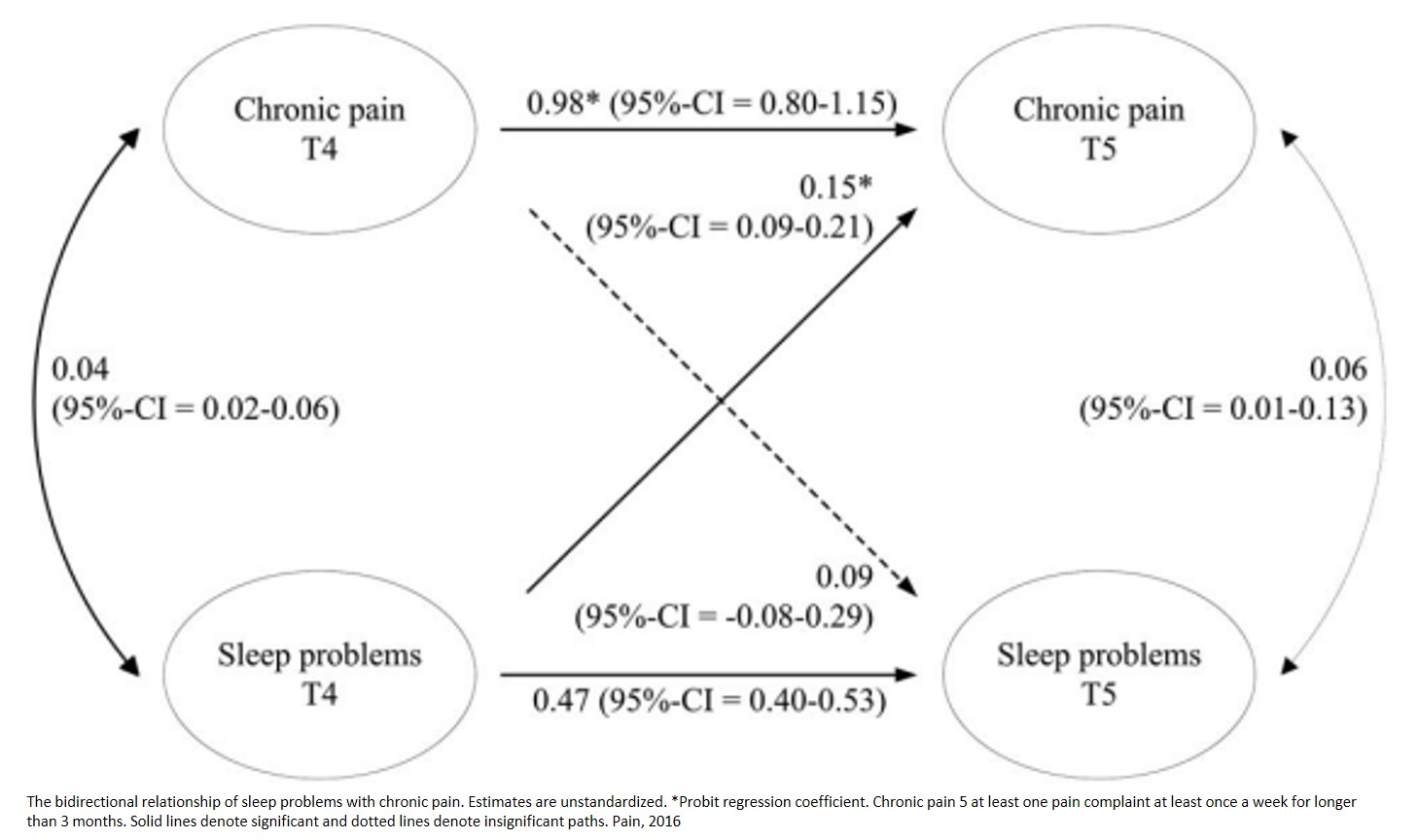 Researchers analyzed "bidirectional" relationships between sleep problems and pain in a follow-up study of young adults, ages 19-22. The study focused on overall chronic pain as well as specific types of pain: musculoskeletal, headache, and abdominal pain.

The long-term associations between sleep problems and three pain types were compared between the sexes, and the mediating effects of anxiety and depression, fatigue, and physical activity were explored. The study included approximately 1,750 young Dutch men and women who were followed for three years.

About half of young people who had sleep problems at the initial evaluation still had them three years later. At baseline, subjects with sleep problems were more likely to have chronic pain and had more severe musculoskeletal, headache, and abdominal pain.

The relationship between sleep problems and pain was stronger in women than men--a difference that may start around older adolescence/emerging adulthood. Fatigue appeared to be a modest mediating factor, while anxiety/depression and lack of physical activity were not significant contributors.

Sleep problems predicted increased severity of abdominal pain in women only but did not predict headache severity in either sex. Abdominal pain was the only type of pain associated with a long-term increase in sleep problems, and the effect was small.

Chronic pain is also common in this age group, especially among women. Sleep problems might be an important risk factor for increased pain, acting through altered pain thresholds, emotional disturbances, or behavioral changes.