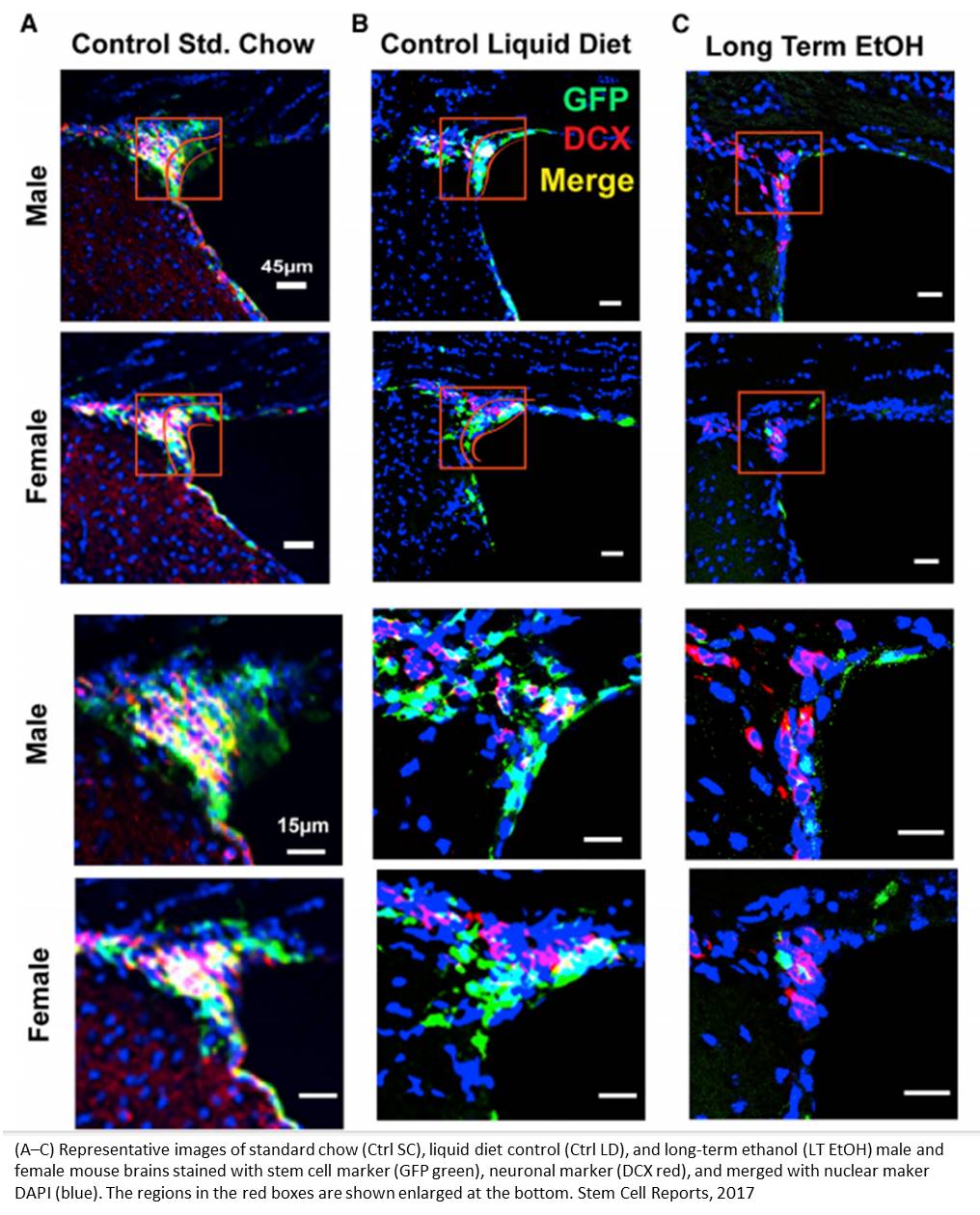 The researchers also found that brain stem cells in key brain regions of adult mice respond differently to alcohol exposure, and they show for the first time that these changes are different for females and males. The findings are available in Stem Cell Reports.

Chronic alcohol abuse can cause severe brain damage and neurodegeneration. Scientists once believed that the number of nerve cells in the adult brain was fixed early in life and the best way to treat alcohol-induced brain damage was to protect the remaining nerve cells.

In the study, researchers used a cutting-edge technique that allows them to tag brain stem cells and observe how they migrate and develop into specialized nerve cells over time to study the impact of long-term alcohol consumption on them.

Using this model, scientists expect to learn more about how alcohol interacts with brain stem cells, which will ultimately lead to a clearer understanding of how best to treat and cure alcoholism.