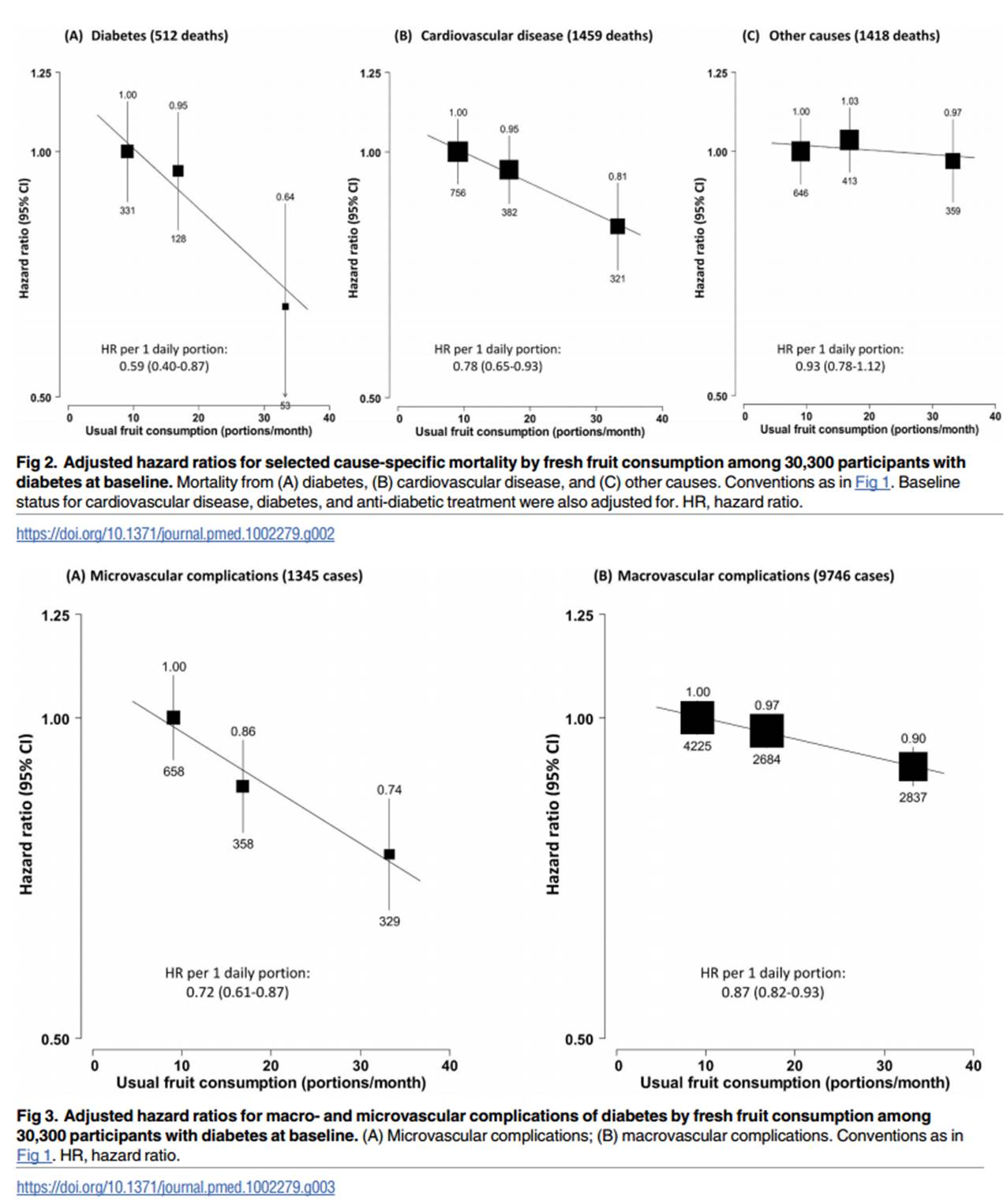 In a research article published in PLOS Medicine, researchers report that greater consumption of fresh fruit was associated with a lower incidence of diabetes, as well as reduced occurrence of complications in people with diabetes, in a Chinese population.

Although the health benefits of diets including fresh fruit and vegetables are well established, the sugar content of fruit has led to uncertainty about associated risks of diabetes and of vascular complications of the disease. Researchers studied nearly 500,000 people participating in the China Kadoorie Biobank over about 7 years of follow-up, documenting new cases of diabetes and recording the occurrence of vascular disease and death in people with pre-existing diabetes.

The researchers found that people who reported elevated consumption of fresh fruit had a lower associated risk of developing diabetes in comparison with other participants (adjusted hazard ratio [aHR] 0.88, 95% CI 0.83-0.93), which corresponds to an estimated 0.2% reduction in the absolute risk of diabetes over 5 years. In people with diabetes, higher consumption of fresh fruit was associated with a lower risk of mortality (aHR 0.83, 95% CI 0.74-0.93 per 100g fruit/d), corresponding to an absolute decrease in risk of 1.9% at 5 years, and with lower risks of microvascular and macrovascular complications.

In addition to the health benefits of consuming fresh fruit, researchers emphasize the value of their findings for Asian populations where fruit consumption is commonly restricted in people with diabetes. The main limitation of this observational study is that the effects of fruit consumption can be difficult to distinguish from those of participants' other dietary and behavioural characteristics.