Gender differences in diabetes and aging 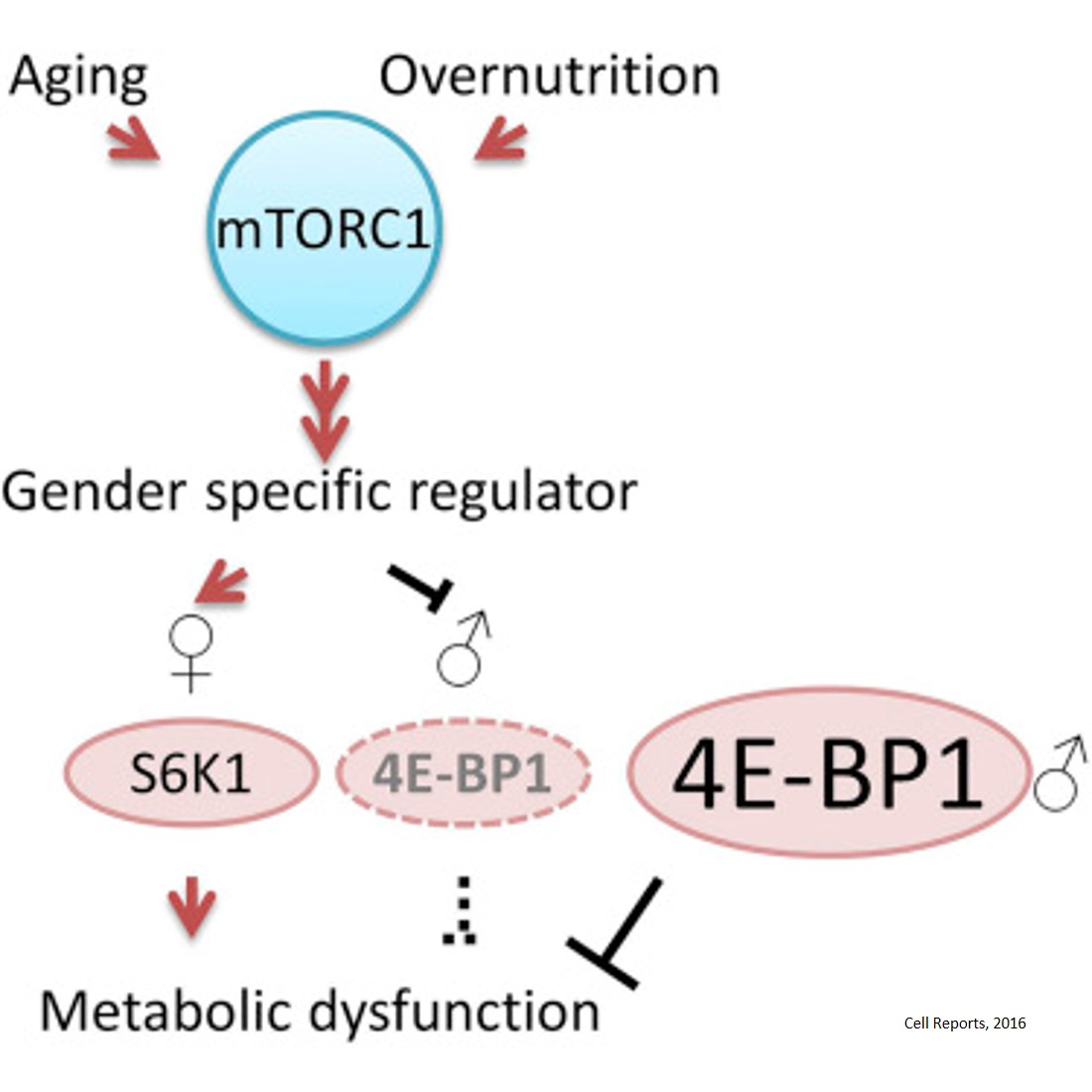 All's not fair in love and glucose intolerance - overweight men are more prone to get type 2 diabetes than are overweight women. The same phenomena holds true in mice and no one know why. Researchers at the Buck Institute provided a possible answer to that question by discovering that a protein involved in nutrient sensing and metabolism gets inhibited in male - but not female - mice fed a high fat diet.

In addition to providing a pathway to deal with the gender difference, the findings, published in Cell Reports, also show that boosting the protein protects male mice from age-induced obesity and metabolic decline.

"We've known for a long time that there are differences in aging in men and women and in male and female mice," said senior author. "Nearly every time we develop an intervention that slows aging or impacts healthspan in mice it either works better in males or in females and we speculate as to why that is the case. What we've identified here is one potential mechanism that could underlie the differences between males and females."

The mechanism involves the TOR (target of rapamycin) pathway which is highly conserved among species and is linked to aging; reducing TOR signaling extends lifespan in yeast, worms, flies and mice and perhaps even in humans.

In this study researchers found that a component of that pathway, 4E-BP1, is differentially regulated in mice depending on gender. "We think 4E-BP1 is protective, and is involved in insulin sensitivity and the maintenance of fat cells . We found that it was significantly reduced in the skeletal muscle and fat tissue of the overfed male mice," said lead scientist. "Restoring 4E-BP1 protected the males against high-fat induced obesity and insulin resistance, and transgenic 4E-BP1 male mice fed a normal diet were also protected from developing aging-induced obesity and metabolic decline."

"When we restored 4E-BP1, the male mice became more like the females," said senior author. "They still got obese when they ate a high fat diet, they just didn't develop as much diabetes. They also accumulated less of the white 'belly fat' associated with diabetes and had lower levels of circulating lipids and triglycerides."

Senior author said the study also points out need to include both male and female mice in preclinical research. "We found this phenomena with 4E-BP1 because we were doing the experiments in both male and female mice and we saw the difference," author said. "Most preclinical work in diabetes is done in male mice because they get the disease quicker which makes the experiments cheaper and faster to do. I understand that reasoning, but we are likely missing crucial information in the process."